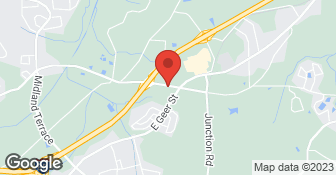 Serving The Triad and The Triangle Action Well & Pump has experienced, licensed well contractors that have been in the water well business for over 30 years. We offer free estimates, same-day service, and emergency services. If you are experiencing well or pump problems, no water, low water pressure, or dirty water, feel confident that we have a fast solution for you. At Action Well & Pump, we carry a fully stocked truck which allows us to not charge our customers the trip charge. We have everything you need to get an efficiently working well and pump. We also work with all insurance companies to get your claim filed in a timely manner. The best part about Action Well is We Are Local!  …

We are committed to providing our clients with outstanding septic tank pumping services at affordable rates. Our well trained septic tank pumping technicians are capable of septic tank pumping and repairs of any type of system. We have worked hard to establish our reputation in Raleigh, NC and the surrounding communities and we will do everything in our power to exceed your expectations when we work on your septic system. When you use All American Septic, you will encounter a service experience that is unsurpassed in the industry.  …

Do you need quality plumbing repairs in Durham? Turn to ACME Plumbing Co. We have been the trusted plumbers in the community since 1947. With four generations of plumbers working on our team, you can trust we know what we’re doing. Our technicians are fully licensed, bonded, and insured. Additionally, we stand behind our work and offer a 2-year warranty on most of our labor and parts. Because of our commitment to excellent customer service, we won the Super Service Award in 2015 by Angie’s List and were given an A+ rating by the Better Business Bureau. To schedule a service, call (919) 371-0063.  …

I am beyond thankful for Michael and his partner at Durham Plumbing Services!! They replaced and hauled away our 17 year old water heater!! The new water heater is working BEAUTIFULLY!! The price was good, work done within a few days (we didn't have an emergency requiring immediate attention), arrived at the time scheduled, and they were friendly and respectful. We will absolutely contact Michael again with future plumbing needs!!

They were efficient and helpful, explained what and why they were doing, and had advice on how to proceed. As new residents in North Carolina we feel fortunate to find a professional service that appreciates our business.

Description of Work
Replubmbed a drain so water softener drains into the trap instead of the garage utility sink, as Culligan had done upon initial installation (they suggested this on a previous visit, when they unclogged a beeswax filled drain). They checked plumbing under the house for leaks or other issues, then checked the drainage to the septic and found the septic was not functioning properly.

I called Michael Clough of Durham Plumbing Services on Monday December 28 with non-emergency request for repair or replacement of leaking faucet. He gave a window of 8:00 Am to 10:am on Wednesday December 30. At around 8:15 on the appointed day I got a call from Kevin who told me he would arrive shortly. He and his assistant arrived in about 20 minutes. Kevin explained the various options of repair or replacement, and I opted for repair, which was done competently and well. The whole thing took less than an hour, I paid by credit card, received an email receipt immediately. I asked advice about replacing a lavatory faucet, and was advised of the specs of the faucet I would need, I will go to Lowes and buy a faucet and will call Durham Plumbing Services to install after the new year. I was very pleased with the timely and professional service.

7/8 No response from this company to my AL message or to the phone number I left after 2 weeks. 8/14 UPDATE Got a referral from a friend and I called to make an appointment, not realizing this was the same company who had not responded to my online message through AL. Michael came out as promised within 2 days of my phone call. Was accompanied by an assistant. Talked about options. Gave me a price. Asked questions and gave clear answers to my questions. He was extremely nice and professional and I hope to have this work done by him within the month after some special order components have arrived. Will update again. I suspect the snag that led to my previous review about lack of response may be a shortcoming with the AL message system and not with this particular service provider. I suggest calling directly to avoid that possibility.

Description of Work
7/8 Did not respond to a request for an estimate sent along with contact info in a message on Angie's List website. 8/14 UPDATE Called Michael after being referred by a friend -- not realizing he was the same guy who had not responded here -- he came out to look at my remodel job within 2 days and gave me a quote.

Michael never ended up working for us, so I cannot attest to the quality of his workmanship. I spoke with Michael regarding several repairs that I wanted done to our plumbing. We had received an inspection report for the house we had just moved into. At first Michael only wanted to look at the report and generate an estimate. I told him I would prefer he actually come to the house and see the issues first hand. He agreed and we set a date and time of 7/14 from 9am-11am. On the day of, Michael never showed or called. At 11:15 I called and left a message, and my husband left a second message. We conveyed our hopes that all was well with him, but that I had taken half a day of unpaid time off to meet him. Michael called back 30 minutes later saying that he had thrown out his back and had not wanted to call me at 5am to let me know. He indicated that he had gone back to sleep and was just waking up. I did tell him I was sorry to hear of his injury, although I would have appreciated him setting an alarm or something in order to notify me so that I would not have missed work. Michael seemed to understand this and said that he would "compensate" me for my lost money and that he would come out to the house at any time to provide the estimate. We agreed that he would come to the house on 7/16 between 5:30pm and 8pm. I was very specific about his needing to arrive before 8pm as we have a baby who goes to sleep at 8. He said that he was "making a note" about our baby and the time and that he would see me on the 16th. Michael never showed up on the 16th. At 8:15pm I called him. He answered and said that he was finishing up a job in Hope Valley and would be at my place afterwards. I told him to just go home. He immediately said okay. I was admittedly off-put by this response as he offered no apology. I told him that I was upset as this was the second time he had not notified me of a delay and I reminded him that he had promised to arrive at my house before 8pm. He proceeded to to tell me that I had never given him an end time to the time frame and that he did not know about the baby's bedtime. I reminded him that he had "made a note" about my request and said it would not be a problem. Michael insisted he did not know and offered no further apology or even a desire to do a job that others have estimated at over $2K. I wish Michael luck, and do hope his back is healing, but I will not be referring him to any friends, as he does not seem the least bit interested in new clientele.

Description of Work
Micheal was enlisted to provide an estimate on several plumbing issues in our house.

I am delighted with my experience with Michael Clough and Durham Plumbing Services. I began calling plumbers yesterday morning in a bit of a panic after finding water leaking from my 15-year-old water heater onto the floor of my outdoor utility closet. I called several plumbing services and spoke with their receptionists, all who were courteous but unable to assist me. Michael answered his own phone right away and was immediately able to 1) calmly and respectfully triage my situation (as a single woman managing my own home, I have found that some service persons address me with condescension) and 2) based on the information he gathered, reassure me that my home would not be damaged before he could get there - and explained precisely why he thought so. This small moment of kindness and compassion for my situation meant the world to me at that moment. He told me he would immediately set about finding a replacement heater, and called me back within 15 minutes to let me know he'd secured the replacement, to discuss pricing and payment options (he explained the pricing structure and encouraged me to call around to other plumbers to be certain I felt confident he was giving me the best price) and to let me know when he could be available to install it. Michael arrived with his pleasant and hard-working team of two within the time frame he indicated. The team stayed with the job for the full 2.5 hours it took to install - through a raging thunderstorm - to get the work done with care and precision. All was done with unflagging courtesy and good humor, despite the weather and the challenge of the task at hand. I cannot recommend Michael highly enough and am looking forward to having him back to perform other plumbing tasks on my list. Michael will certainly be getting a social media shout-out from this happy homeowner!

After getting estimates from several different companies I used Durham Plumbing Services. They were cheaper than their competitors but the quality of their service was excellent. When I called them to get the estimate I was in the process of leaving a message when Michael called me back. He was able to get a tech, Kevin. to my house within 90 minutes. The work was professionally done to my satisfaction. He even gave me some info on other ways to save some money. I will use them again in the future for sure.

Description of Work
Fixed a shower that wasn't always hot.