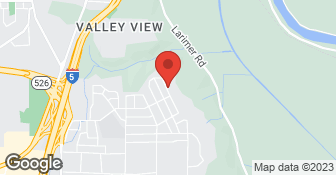 Our Specialists are highly trained, reliable professionals, dedicated to your complete satisfaction. What sets us apart from our competition is the value we place on customer feedback. Today's consumer is more informed, more sophisticated and demands the latest in innovation and design at a reasonable price. We install vinyl replacement windows with more precision than our installation pros! We offer design, sales, and installation of your windows and back up our work. Additional phone: (206) 255-8662...

It was hard to believe how incapable they were of doing anything, including the basics of scheduling, measuring, and installing. I hired them based on the positive reviews here, but I had a very different experience. In May, I got a quote to replace 8 easily accessible double-paned glass units into existing frames. In June, they came over to take official measurements and ordered the glass. We scheduled the installation in July when the glass was ready, and we agreed on an arrival of 9:30-10 AM. I communicated that timing was important to us because we host a nanny share with another family and have to make alternative arrangements to accommodate an installation like this. On the installation day, they didn't show up until the afternoon. Excuse: they had to go do some other job because someone called in sick. Of the 8 windows they attempted, 4 were installed well, 1 barely opens anymore after they put it back in, they cracked the new glass badly while installing one, and they so badly mis-measured 2 of them that they were unusable. They said they'd have to schedule another installation day. They reordered the glass for the 3 windows that they failed to install, and we waited. We scheduled the do-over installation in August, and they were scheduled to arrive between 12-2 PM. We moved our nanny share again, and on the installation day, they sent me a message to say that they couldn't come at all because they had to go do some other job because someone called in sick. I was getting very frustrated at this point and said they had to come, so they agreed to come in the evening. They showed up at 6 PM with 3 glass panes that were all the wrong size again. And he wasn't able to adjust the 1 window that barely opens anymore. So I told them it was time to part ways, and I've called another company to do what they could not do.

With so many scammers out there today trying to sell you 'new construction windows replacement' which is significantly more work and cost, R&L was the rare find. They got me on the right work (retrofit windows), decent price, and finished the job in just 1 day. They accidentally broke a window but the manufacturer was quick to come onsite for a replacement the very next day. I highly recommend them

Great people to work with. Professional, courteous, and competitive in price. We've been working with them on many projects over the last four years.

[Member Name Removed], Thank you for the kind words. It's been our pleasure to get your home windows updated. We look forward to assisting you in the future. Sincerely, R&L Family
5.0

Great. They were on time, did a great job, and were very kind to work with.

[Member Name Removed], Thank you for the kind words and letting us improve your home. Sincerely, R&L Window Family
5.0

Workers from bidding quote to performing actual work were courteous, fast, and very professional. Our home repair cases are unique in the fact that our home has some strange construction techniques, but R&L was will to work with us and addressed concerns as they arose while maintaining what they originally quoted. Additionally, they were will to adjust the contract in order to meet our needs and be competitive with other bidders. Thank you so much R&L

I couldn't be happier with all the work performed. I appreciated the suggestions and options, which helped drive my decisions, and I never had a bad encounter with any of their employees, from the receptionist/scheduler to estimators, to installers.

Description of Work
Over the last three years, I used R&L to replace/update windows (and 1 slider) on four jobs, at three locations.

At the height of the busy summer season, I was able to get a quick quote. They also performed the installation on schedule. Although they weren’t the cheapest, they seemed the most knowledgeable. I wasn’t disappointed! They gave valuable suggestions on replacement window options, and I was really pleased with the professionalism of the crew, especially the cleanup.

The installers were prompt and friendly, especially the guy running the job! They got it done in a matter of just a couple of hours and it all looks great. Made a huge difference in temperature for our vacuous living room. Price quoted was price paid, and they even quoted us for the rest of the windows in the house while they were at it. Definitely coming back for the rest. Word to the wise - the new windows were thicker than our old ones, including their framing, so our old blinds didn't fit right and we ended up having to buy new shades. That was our bad for not considering it, but mentioning it here in case someone else needs a reminder to think about it too ;)

Had a little challenge with scheduling things but otherwise everything was great. i really appreciated the quote, didn't try to up sell me just gave me what I needed. Quote = actual too. Thank you I'll recommend you!

Description of Work
Replaced panes in multiple windows where the seal had failed and a slider where outer pane had been broken by a rock.

The R&L window installers just left and I couldn't be happier with their service. Their installers were very professional and they cleaned up after themselves before they left. Their service advisors were also very professional, and they actually found two windows that needed replacing that weren't on my list initially. I will definitely use R&L Windows again,

At Bel-Red Windows & Doors we give you exactly what you're looking for. We are a home improvement partner that helps you achieve your dreams from consultation to completion. We combine state-of-the-art products and craftsmanship to give you the peace of mind that comes from having a job done right. We specialize in, Vinyl Replacement Windows, Fiberglass Replacement Windows, Thermal Break Aluminum Replacement Windows, Entry Doors, French Doors & Patio Door Replacement. Additional email - info@belredwindows.com.  …

There’s never been a better time to transform you home with Champion of Seattle! Think of us as a one-stop shop for everything you need to beautify your home’s exterior: windows, sunrooms, siding, roofing and doors. Only Champion offers the superior energy efficiency of Comfort 365 Windows, industry-leading limited lifetime guarantee, and award winning products made in the USA. For over 60 years, Champion has been manufacturing and installing quality windows, doors and sunrooms while creating a seamless experience for our customers. More than 9 out of 10 customers recommend Champion. Not only do Champion products enhance your curb appeal, but can also lower your energy bills, improve the comfort level of your home and reward you with a high return on your investment. Experience the difference Champion products can make for your home today! ENERGY STAR®, NSA, AAMA, Installation Experts, VSI, BBB, NFRC  …

No, R & L Glass Installation LLC does not offer a senior discount.

Are there any services R & L Glass Installation LLC does not offer?