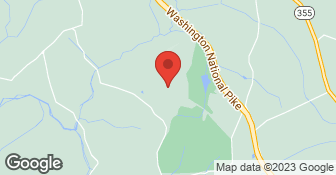 Contact Excellent Plumbing in Frederick, MD, to request further information about our plumbing services and drain cleaning solutions for commercial and residential properties....

Post initial review... Sump pump broke 2 days after installation. Said he had been ill and would call when he was well. NEVER DID! When finally reached, he said he would be here on Monday! NEVER SHOWED UP! NEVER RESPONDED TO PHONE CALLS for about 6 months. GAVE UP!!!.

I was looking to replace my 13 year old water heater and called Excellent Plumbing to get a quote. I provided all the information to Mike and he gave me a quote over the phone. I really appreciated this because most of times contractors need to conduct a home visit. Mike was professional and answered all my questions before I agreed to the job. Afterwards, I sent pictures of the old heater and its location. Mike was right on time and got to work. It took about 4 hours. I am very pleased with my new water heater. I will be calling Excellent Plumbing for my any future plumbing jobs. I definitely recommend Excellent Plumbing for their professionalism, friendly customer service and superb work.

Just as the name implies "Excellent". Very satisfied with the work and would recommend to anyone needed any plumbing issue. I will contact Excellent Plumbing again for any future needs.

Mike is an expert. He installed our hybrid water heater and fed the condensation line into existing systems. Great work!

All went well except that the toilet he fixed now won't fill enough to flush.

Wouldn't know... never had the courtesy of a response

Excellent Plumbing came out to repair a frozen pipe that had burst. Mike was a God-send, a calm within the storm. He was prompt, very professional, and kind. Amidst the crisis, I was comforted & confident in the fact that he Is an expert in his field, completing the repair in a timely manner. “Excellent” service....living up to the company name!

Mike was excellant. He could not arrive as scheduled but called us in time to set up a later install time. He arrive on time, installed and repaired damaged sump pump and corrected an improper pvc drain.

Finding a good quality plumber is hard where we live. Mike had good reviews. Our hot water heater was going bad. I called Mike, he responded sand set a "next day" site visit. Mike arrived promptly, surveyed the job, quoted a estimate, which I accepted. He obtained the required County permit, bought the tank and installed it perfectly! He also informed me that my sump pump was not operation correctly and we arranged another day to buy and install it. His work was excellent and professional! He cleaned up and left the house perfectly. Would not hesitate to recommend Mike@Excellant Plumbing to anyone.

He went above and beyond to fix our water heater. I would definitely recommend his services. He was dedicated to finding out what exactly the problem was and spent a good deal of time fixing and replacing it.

There was an additional charge from the plumbing supply company, which Mike paid up front and we reimbursed him. The installation had a few quirks which he handled very well. He persisted until everything was correct.

Description of Work
Replacement of water heater in warranty

Please replace my prior review with the below: Our 75 gallon water heater needed to be replaced because it was leaking extensively. Mike installed the next day and it was successfully inspected. Mike did a great job for a reasonable price and was very,very easy to work with.The tankless water heater works great ! I would highly recommend Excellent Plumbing for its no nonsense approach to plumbing solutions!

Amazing. Very professional and helpful. Personable and completed the job with quality results!

Came out on a weekend to replace leaking pressure valve. Everything went fast and fine. Would definitely recommend.

MIke was prompt, courteous, and obviously knows what he is doing. His rate was high compared to others, but considering we need help fixing what someone else did, he is worth it. He could not fix the shower issue, but part of doing a good job is knowing when not to mess with something. We will probably have to find the guy that installed it.

Mike installed a new Water Heater for us. He was fantastic! He was professional, prompt and courteous. He showed up when he said he would and did all the work quickly and efficiently. I would highly recommend him, I cannot say enough about him. If there were more than 5 stars he would definitely deserve them. Will always use him in the future! He also gave me the 10% Angie's List discount.

When I called Excellent Plumbing, I spoke to Mike. He was very pleasant and he gave me an appointment time that was within a couple hours of when I called. He was very prompt to the appointment, which I appreciated. Based on all of the plunging that I had done, Mike informed me that it is possible that the leak may be coming from the drain above or from underneath, requiring access from below (cutting hole in ceiling). A shower drain comes in two pieces (one piece attaches to the pipes below the shower and pushes against the under-side of the shower and a top part that screws in from above). We decided to just fix the top drain piece to start. Mike pulled the old drain out, added new sealer, and was putting it back in when the plastic started to crack since the drain was old and a bit brittle. The drain cover broke off years ago because of the plastic. Since we could not use the existing drain piece, he told me he was going to try to find a replacement that fit the existing threads for the drain. He left and returned later in the day with another drain, but unfortunately it didn't fit. Again, he left to attempt to find a matching drain and visited several plumbing supply shops in Frederick. When he returned, the drain he found was a very close match, but the threads were just a little bit off. We decided that all attempts to find a drain had been exhausted and that he would come back the next morning to replace the entire drain (meaning cutting the hole in the ceiling). Again, Mike was right on time. To my surprise, he was holding another drain that he said he found in Rockville and he wanted to try one more time. This one matched the old threads perfectly! He was able to quickly replace the upper drain piece and told me that if I still had issues with the drain (possibly from underneath), that he would come back and adjust the price of further repairs based on what was already done. Mike could very easily have told me that the only fix was to replace everything with access from underneath. This would have been a more costly repair, and I would have had a hole in the ceiling that would need repairing as well. Mike went out of his way to avoid the extra expense and he had purchased 3 or 4 drains to find a simpler solution.

Description of Work
I had a difficult clog in the shower drain which I had fixed myself by plunging (a lot). However, in my efforts to fix one problem, I ended up breaking the seal on the drain causing water to leak to the room below.. The drain (made of plastic) already was problematic and the screw holes for attaching the drain cover had broken years ago. The drain probably needed to be replaced anyway.

Mike came in and tightened the valve and it was fixed as quick as that. Another plumber may have made up more work just to make money but not Mike.

The work was excellent as the name implies. Very thorough and professional as well as clean and courteous.

The guy who came was very nice, professional, and fixed the disposer without us needing a new one (so was honest and didn't try to say we need a replacement). He looked at some other things but they were not under his preview; however, gave us advice where to go to get them taken care of.

He was able to create a new set of pipe connections that matched the turns of the old section that was leaking. He replaced the bad section of pipe which fixed the leak.

Description of Work
Water was leaking from a water pipe in the ceiling above the kitchen pantry and needed to be fixed.

He was fast, thorough and excellent!

Description of Work
Leak in our toilet

They were not able to perform the job I needed done due to some issues with the way the tub had been built into the wall. However, working with him to figure this out was a pleasure. He explained what needed to be done and we discussed prices. Getting the refund was no problem. Once we get these other issues resolved I will be using Excellent Plumbing.

Description of Work
I bought one of their specials

Give us a call you'll like our prices !! We are a family owned and operated business, offering expert service for 31 years. I personally supervise, as owner of this company all projects, for example: water and sewer line replacement, sewer and drain cleaning, hydro jet and cast iron pipe descaling and pipe bursting excavation. We take pride in turning a very unpleasant experience into a satisfying outcome. free estimates  …

F.H. Furr is a family and veteran owned-and-operated company and has been serving the D.C. Metro area for over 35 years. We put our customers first and provide them with quality products from trained technicians. Whether you need plumbing, heating, cooling, or electrical repairs or replacements, call on F.H. Furr for "Absolutely The Best" service!  …

10 Employees. No subs. Cost is determined by the job itself. Service Fees Apply for certain equipment. Extra charge applies for after hours and weekend services.  …

Bonded
Insured
All statements concerning insurance, licenses, and bonds are informational only, and are self-reported. Since insurance, licenses and bonds can expire and can be cancelled, homeowners should always check such information for themselves.To find more licensing information for your state, visit our Find Licensing Requirements page.
General Information
Free Estimates
No
Eco-Friendly Accreditations
No
Payment Options
Check, Visa, MasterCard, American Express, Discover
Senior Discount
5%
Emergency Service
Yes
Warranties
No

How is Excellent Plumbing overall rated?

Excellent Plumbing is currently rated 4.8 overall out of 5.

What days are Excellent Plumbing open?

No, Excellent Plumbing does not offer free project estimates.

No, Excellent Plumbing does not offer eco-friendly accreditations.

No, Excellent Plumbing does not offer a senior discount.

Are warranties offered by Excellent Plumbing?

No, Excellent Plumbing does not offer warranties.

What services does Excellent Plumbing offer?