Indoor Worm Composting 101: How to Create and Maintain a Bin

From homesteaders to condo owners, many people compost their food scraps and yard waste and turn it into nutrient-rich matter that enriches the soil and the wildlife that depends on it to flourish. For some, composting is a pragmatic way to fertilize lawns, gardens, and landscaping; for others, it’s an easy way to help the environment. Whatever your reasons for composting, here’s how you can step up your game with indoor worm composting.

Like traditional composting, vermicomposting uses the magic of bacteria to break down matter, but instead of culturing inside the compost pile, the bacteria come from inside the worms—specifically, their guts. To put it as tastefully, the resulting humus is the worm castings (aka worm poop). But don’t worry. It doesn’t smell, look, or feel like manure. Rather, it’s more like rich, dark earth.

Vermicomposting is a great place to start for those who are new to composting. It requires little space, is simple to set up, and is easy to maintain. It also replicates a process straight from nature.

While all compost is good for the planet, vermicomposting easily takes the win over traditional composting. But your needs play a factor in which one is right for your home.

If you and your family produce lots of organic, compostable content, then you might find a traditional compost bin to be the best option because it’s more spacious. However, worm compost will likely be the best choice for the average homeowner due to its many advantages over traditional compost, which you can read about below. 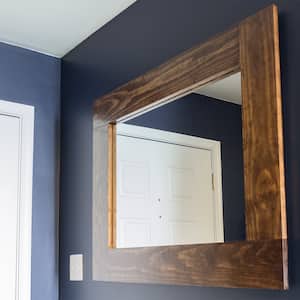 10 Creative Projects You Can Make with Garden Scrap Wood

Turn trash into treasure with inspiration from fellow DIYers

Vermicomposting comes with many benefits that make it a valuable investment. Check out these six perks to making the switch to vermicomposting:

Since scraps travel through the worms’ intestines, the resulting humus teems with plant-friendly microbes that enhance nutrient availability and crowd out unfriendly bacteria. Worm composting enhances the soil's moisture retention to resist drought, as well.

Vermicomposting also produces a high-quality soil amendment that adds nutrients and minerals to the ground. These include nitrogen, phosphorus, carbon, iodine, potassium, sulfur, zinc, and more. Moreover, the castings act as a versatile, slow-releasing fertilizer that keeps pests out of your garden naturally, thanks to the nitrogen, phosphorous, and potassium levels found in vermicompost.

Vermicomposting is much faster than regular composting. Worms are very efficient at breaking down waste, taking only three to six months to complete the composting process on average.

Regular composting can take a long time in comparison, especially if you’re cold composting, which is the most basic type of composting out there. All you have to do is toss your organic materials into the compost pile, but this can take over a year to yield compost.

Hot composting is a bit faster and involves turning the pile and closely managing what types of matter you put in the pile. It can take around six months to compost with this method.

Regular compost piles need space in the backyard. Vermicomposting, on the other hand, adapts to the space available. A plastic bin should suffice for indoor worm composting in a suburban home. Such a setup saves trips to dump and mix the scraps in a pile outside. It also keeps critters away and keeps the worms at a cozy temperature.

You don’t have to go small, however. You can go bigger with an outdoor pile, bin, or raised bed (check with your homeowner’s association if applicable).

Urban farmers use large-scale setups to regenerate degraded soil, sometimes combining it with bokashi as an intermediary. The worms can even remediate contaminated soil, though they must be disposed of afterward.

Maintaining a worm compost bin is super easy. Your main goal is to feed the worms regularly—at least once a week and as much as every couple of days—and change out the bedding every six to nine months.

Traditional composting often yields a large volume that's ready all at once. Vermicomposting yields smaller amounts more frequently. It’s essentially the same, only you have to be more selective in what you use your vermicompost for since you won’t have a large haul all at once.

Best Types of Worms for Vermicomposting

Red worms, sometimes called red wigglers, are a popular choice for vermicomposting. They work well because they forage for decaying matter at or near the surface. They also live in communities and reproduce rapidly. Once established, they can make compost quickly out of food scraps.

The next step toward a successful vermicomposting bin is knowing what and how often to feed your newly selected worms.

Unlike your toddler, worms aren’t picky eaters. They’ll eat almost anything that was previously living, making composting simpler than ever. However, you’ll want to avoid feeding worms the same items you'd avoid putting in a regular compost bin.

Here’s what not to compost:

In addition, avoid feeding these items to worms, as they either don’t like these foods or can get harmed by them:

Red worms can eat most of the same food scraps that go into a traditional compost pile. And, as with your traditional compost bin, you'll want to control acidity to keep the anaerobic conditions to a minimum. If it's too acidic, anaerobic bacteria will thrive and lead to compost with too high of a pH level for plants to thrive.

In addition, worms tend to eat a little less than their weight, with 2 pounds worth of worms eating around 1 pound of food in a given 24 hours. So feed your worms their weight in food every two to three days to stay on the safe side.

How to Make a Vermicomposting Bin

Wondering how to vermicompost? Chances are good you already have many of the materials to start vermicomposting. Here are six easy steps toward making your own worm bin:

The size of your bin should be somewhere between 8 to 12 inches in depth, with a surface area of 1 square foot for each pound of waste you and your family produce per week. Smaller households can get by with an 8-inch container, while a family of four might need closer to an 11-inch container. Remember, if you need more compost, you can always switch to a larger bin later.

2. Line the Bottom With Cardboard

Since worms breathe through their skin, you need to establish a moist environment. Using cardboard, line the bottom of your container. This will hold in moisture.

3. Layer Shredded Paper Over the Cardboard

You can shred almost anything made of paper to use as a liner, including uncolored newspaper, pizza boxes, or junk mail. Avoid shiny materials or colored prints, such as magazines, to prevent chemicals in the ink from ending up in the compost.

After you’ve lined the bottom of your container, add enough water to make the bedding spongey. The water absorbs into the cardboard and shredded paper, creating moist bedding for the worms. Err on the side of more rather than less water.

5. Layer on Starter Compost With Worms

Now it’s time to add the worms. It’s a good idea to set up your bin one to three weeks ahead of adding worms, especially if you order them online. This helps prevent stress from introducing the worms to a new environment. Be sure to count how many worms there are before you add them to know how much you should feed them, or you’ll have a hard time finding all the worms in the box later.

Early on, the worms don’t need much food, as they’ll feed on the starter compost and bedding. That said, introduce food in the corners to make managing the bin easy. Remember to chop up (or even lightly rot) the scraps before adding them.

After each feeding, cover the scraps with shredded paper. This will help keep the bin dark and moist, just how worms like it. It’ll also help keep moisture and odors inside the bin.

The last step is to cover the bin with a lid, which can be made from plastic, cloth, or wood. You don’t want to use an airtight lid, as this prevents air circulation, so either keep the top slightly open for ventilation or drill a few holes in the bin.

If you'd rather not spend time DIY-ing a vermicomposting box, there are plenty of prefabricated kits on the market that make it easy to compost with worms. Kits come in all sizes and styles, and some have nice features like glass windows to look inside the box or convenient drawers for removing the compost and cleaning the bin.

Tips for Maintaining a Worm Bin

Though keeping up with your worm bin is a simple process, there are a few things you want to keep in mind: