Electricians Give Tips for Homeowners

But it's shocking how many other warning signs of electrical problems that a homeowner might miss. And your electrical system is not an area where you want to take chances.

To get a jolt of informaiton about home electrical issues, we spoke to three expert electricians: Carl Waibel Jr., president and owner of Waibel Electric in Reynoldsburg, Ohio; Steve Brown, field representative for Pat Murphy Electric in Atlanta; and Bill Ellis, owner of Ellison Electric in Greenfield, Indiana. 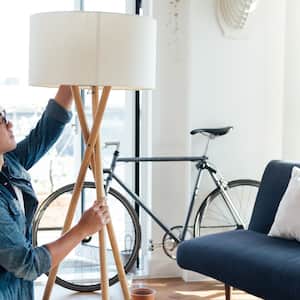 How do you know if your home isn't adequately wired?

Carl Waibel Jr.: You'll have problems with circuit breakers tripping, fuses blowing, and outlets and switches not working properly. The average home needs to have 120/240 volts, with a main electrical panel that's rated for 100 to 200 amperes.

Steve Brown: The breakers will trip or the fuses will blow. Lights may flicker when the heat or air conditioner comes on.

What do you do to upgrade an electrical system?

Waibel Jr.: We replace the electrical panel, the service cable and the meter. This usually takes two electricians one day to do and costs, on average, $1,400 to $1,500 for 200-amp service. Most cities require an electrical permit and an inspection to do this work. We'll pull the permit from the appropriate city.

Ellison: If you need a new GFI outlet, we'll just change out the outlet and install a new circuit for that receptacle. We'll also take a look at the home's main panel, which will tell us what's going on with the rest of the house and if the system has been upgraded. Replacing just the panel can cost anywhere from $1,200 to $1,800 and takes about four to eight hours. In Indiana, any electrical contractor you hire should be licensed on a city or county level. A permit is usually required in most counties and from the power company any time you're replacing a home's main electrical equipment or doing a significant amount of rewiring. The cost of the permit is included in our bill.

Brown: Upgrading the electrical system involves running a new service entrance cable from the weather head to a new meter and disconnect, which are located on an outside wall of the home. If the home is older, it probably has a fuse panel that should be upgraded to a circuit breaker panel. If the service is properly upgraded, the panel inside the home would be replaced. The cost ranges from $2,500 to $4,500. We'll obtain the required permit, which is included in the price. If a home is more than 40 years old, it's time to rewire.

How often should homeowners have their electrical systems inspected?

Ellison: Homeowners should have their systems professionally inspected every five years and should test the GFI outlets using the test/reset button at least twice a year. But at the first sign of a problem, like lights flickering or an outlet sparking, call an electrician.

Brown: Depending on the age of the home and what appliances have been added, it's a good idea to have an electrical inspection once every three to five years.

The National Electrical Code — or NEC — is published annually by the National Fire Protection Association and provides requirements for safe electrical installations.

What safety precautions do you take?

Waibel Jr.: Most projects require the power to be shut off, at least to the circuit we're working on. There are instances when an electrician must work on a system when it's 'hot' — when the power hasn't been shut off — such as minor electrical repairs, like repairing a light or switch. This requires knowledge and caution. If the electrician works in the electric panel, the power will be shut off. We never recommend homeowners work on their own electrical system because most aren't knowledgeable of the National Electrical Code and have little experience. Just because something works when you're finished doesn't mean it's installed properly and safely.

What can homeowners do to prevent problems?

Ellison: Always make sure your panel's breaker fuses are the right size and type. I recommend people use surge protectors. A $50 surge protector is worth the money if it means your new flat-screen TV or computer doesn't get fried by a power surge.

Brown: Don't overload the light fixtures by putting in bulbs that have a higher wattage than is called for; don't use extension cords, because they tend to fray and can cause a short and overload the circuit; make sure the home is properly grounded; make sure GFI and weatherproof GFI receptacles are installed as required by the National Electrical Code; and make sure there's a smoke detector system and that it's functioning properly. 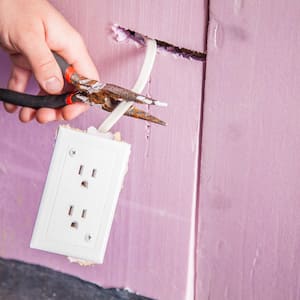 Electrical Advice Every Homeowner Should Know

Fishing is a hobby. Electrical work is not.