How Much Does it Cost to Hire an Electrician?

Hiring an electrician can cost between $162 and $526 on average, but this varies greatly based on the project you need done.

Ever since Benjamin Franklin did that thing with a kite, or whatever, electricity has been used to power our entire lives. Functioning light fixtures, ceiling fans, televisions, and more have enhanced the modern world. But electricity is not magic, and things often go wrong. When that happens, it’s time to dial up a local professional electrician to keep your home buzzing along.

Electrical work costs around $340 on average, but it comes down to the individual job. Electricians handle a wide variety of tasks, from installing electrical outlets to checking in on circuit breakers and even outfitting an entire home with electricity. Due to this variety, you’ll pay $85 on the low end and up to $1,000 on the high end.

How Much Does It Cost to Hire an Electrician Per Task

Hiring an electrician averages between $150 and $500, though your bill largely depends on the type of job, the length of the job, and the overall complexity of the work. Here are the costs of many common jobs that require a professional electrician.

Installing a standard electrical outlet costs around $200. Since most electricians charge by the hour and often charge a minimum fee per visit, save money by having multiple outlets installed at once or include the outlet as part of a larger series of electrical tasks. Outdoor outlets cost extra, at around $300 a pop, as do larger 220-volt outlets intended for appliances like washers and dryers.

Replacing a traditional light switch costs between $85 to $200, with a low of $60 and a high of $300. The cost varies according to type, as standard light switches cost less than double switches, dimmer switches, or timer switches. Smart switch installation also costs more than standard switches, at around $85 to $150 each. USB switches are easy to install, so you’ll only pay a few more bucks for the part.

Transfer switches go near your home’s main breaker and direct power from a portable or standby generator to energy-hungry appliances. Hiring a pro to install a transfer switch costs between $200 to $400, though the distance from the home impacts the overall price. 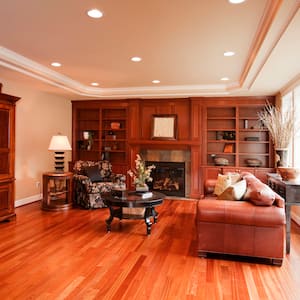 6 Home Projects That Require an Electrician

Installing a standard ceiling fan costs $250 on average and typically runs between $140 to $350, though complex installations creep up to $600. Also, adding wiring and a switch to the fan costs another $150 to $500.

How Much Do Electricians Charge for Labor?

In most cases, electricians charge by the hour. Hiring a qualified pro costs $50 to $100 per hour, and most electricians will let you know how long a project takes before arranging an estimate. Of course, this estimate is not set in stone and will vary depending on any obstacles or unforeseen hurdles that pop up during the job. The first hour of any electrical job costs more than subsequent hours, at around $150. Also, hiring an electrician for an emergency visit tends to double the hourly rate to $100 to $200.

You’ll save on this hourly rate by choosing an apprentice or journeyman electrician, as master electricians charge the highest premiums, thanks to their experience level. 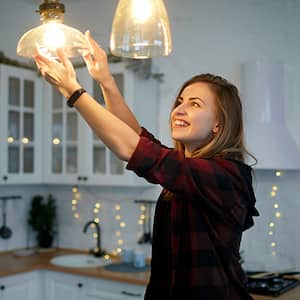 How To Find Out if an Electrician Is Licensed

What Factors Influence the Cost of Hiring an Electrician?

There are some additional factors to consider when pricing out potential electricians.

Electricians charge an hourly minimum, even if the job takes 30 minutes or less. This required minimum varies depending on the electrician but count on paying anywhere from one to four hours of labor no matter how much time the job requires. This is why it is always a good idea to wrap as many electrical jobs as possible into one visit.

Electricians also charge you a trip fee on top of the hourly rate. This trip fee averages $25 to $75 and, in some cases, folds into the increased cost for the first hour of labor.

Minor electrical jobs, such as replacing a light switch, won’t require a permit or inspections, but more complex undertakings likely need both. For instance, rewiring a home often requires permits and safety inspections to avoid fire risks and other potential dangers. The cost of permits depends on your location but count on paying between $75 to $150 per permit. A safety inspection costs $100 to $125. If you are rewiring an old home, permits are more expensive, at $200 to $900.

Before hiring an electrician, check out the contractor’s official website and look them up on the Better Business Bureau. If you are hiring for a complex job, pay special attention to their level of expertise, opting for master electrician status and their licensure. Also, call them up to ask their insurance status, specifically liability insurance, as well as customer references.

Dictate the type of job and come armed with specifics to get the most accurate estimate possible. A photo of your project might also help them qualify your needs. Ask what kind of prep you should complete before they visit and what kind of cleanup to expect after the visit. Finally, ask how long the project takes.

When dealing with electricians, always stack as many projects as possible to save money. If the electrician is coming to replace a circuit box, have them replace outlets or light fixtures simultaneously. As for completely different types of work, it really depends on what the electrician is doing. If they are just replacing some outlets, bringing anyone else on board won’t make sense. However, if they are rewiring your whole home, call in an insulation expert or a plumber while the walls are exposed.