How Much Does It Cost to Move an Electric Meter?

Rarely are electric meters described as anything but an aesthetic nuisance. Lucky, it’s unfortunate placement on the road side of your home doesn’t have to be permanent. If you’re in the middle of a remodel, or you’re simply sick of looking at it, why not move your electrical meter to a more discreet location? The average cost to move an electric meter of $675. The prices will fluctuate between $100 to $1,200, depending on labor costs and how far it’s moving.

How Much Does It Cost to Move an Electric Meter by Distance?

Moving your electric meter a few inches on its existing baseboard typically won’t cost you anything. However, you’ll need to call your electricity provider to see if this slight adjustment is possible, as some providers have a limit on how much you can move before you get charged.

If you’re moving your electric meter within a 10-foot distance on the same wall, you should expect to pay around $450 on average. But if you need the electric meter relocated to a completely different wall, you’re looking at a fee of around $800 on average.

Beyond the actual move, you’ll need to consider labor costs, any repairs for the walls, and whether you need a new base or not.

If this is a larger move, then you might need to hire an electrician near you (after calling the electric company first). Electricians will charge $50 to $250 per hour on average. This comes down to the individual contractor, so it’s always best to get three quotes before finalizing your decision.

You might damage the wall while removing the base of the electric meter. If so, you need to address those repairs immediately. Depending on the severity of the damage, the cost to repair a wall costs $360 to $1,200 per HomeAdvisor. This is on top of the cost of a handyperson, which sits around $60 to $125 per hour.

Ideally, you’ll reinstall your old meter base at its new location. But if the electric meter breaks during the move, then you’ll need to tack on an extra $150 to the final cost.

The average cost to upgrade to a 200-amp service is around $1,375. Most homes come with a 100- to 150-amp service. However, more people are upgrading to this higher-end service to accommodate more appliances and devices—especially if you work from home.

How Much Does It Cost to Move an Electric Meter Yourself? 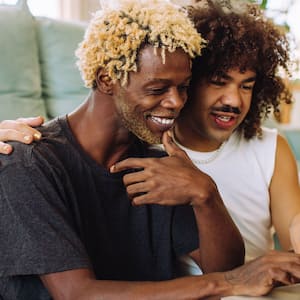 How Much Should it Cost to Replace the Electrical Meter Riser

Why would someone move an electric meter?

Most commonly, aesthetics and practicality influence a move. If your renovation or remodel involves the wall in question, you’ll obviously need to relocate. It all comes down to personal preference.

Can you move an electric meter outside or vice versa?

You can move an electric meter outside if you currently have one inside your home. This is considered a larger move, so be prepared to pay on the upper end of $600 to $1,200.

What’s the process for getting an electric meter moved?

Before you start doing anything else, you must call your electric company to confirm their process. It is technically their meter that you’re moving, so there’s really no such thing as free rein. Moving the meter generally involves disconnecting power from the utility company, disconnecting the cables that run into your electrical panel, and dismounting the meter assembly. Once uninstalled, a handyperson will remound and reconnect the wiring in its new location.

How long does it take to move an electric meter?

Simple moves on the same base or within a few feet will not take long, roughly three to four hours. Larger moves onto a new wall or transitioning a box from inside to outside will take 8 to 12 hours to complete. 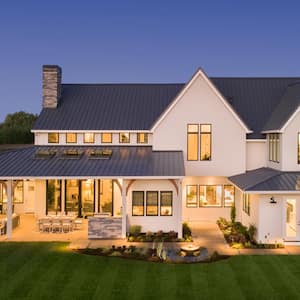 How Much Does It Cost to Replace an Outside Electrical Meter Box?

The average cost to replace an outside electrical meter box is $1,183