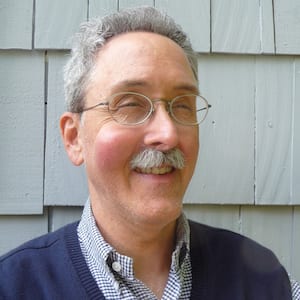 By building an atrium on top of this home addition, the homeowners got more remodel for their money.

When I first met this family, they had a 7-month-old baby, and plans for another child. They were about to outgrow their two-bedroom, one-bath house. The small house was on a narrow but long lot, so there was opportunity to expand to the rear.

I started to envision a one-story rear home addition with additional bedrooms and a bathroom. However, it soon turned into something bigger.

The design idea for an atrium addition

At the same time the design work was beginning, the homeowners were interviewing contractors and getting feedback on costs and feasibility. The contractor they ultimately chose thought they could easily build an “empty” second floor over the addition for a small incremental increase in costs.

This design idea inspired the homeowners. They thought: 'Why not build up and create an atrium?' Designed correctly, an atrium would provide a large open area looking down into the main floor. This could lower the cost of the total square footage.

An atrium would also allow for easy communication from the first floor kitchen and living areas to the upper floor play space, living areas and future bedrooms. Also, they would easily be able to see and hear each other from one level to the next.

After construction of the home addition

A new stairway takes up part of the atrium area but leaves most of it open. Skylights above the atrium allow sunlight and natural illumination to shine into the central area of the main floor.

This project included a major remodel of existing house as well. On the main level, the addition extends a redesigned kitchen into a family room that looks over the backyard. It also includes a master suite.

The upper level is an open family space with storage. The open floor plan is designed — or, more accurately, future-proofed — to convert into bedrooms and bathrooms down the road. This way, the home can keep growing along with the family.

Are you planning a home addition in the near future? Share your ideas in the comments section below!

As of July 7, 2016, this service provider was highly rated on Angie's List. Ratings are subject to change based on consumer feedback, so check Angie's List for the most up-to-date reviews. The views expressed by this author do not necessarily reflect those of Angie's List.