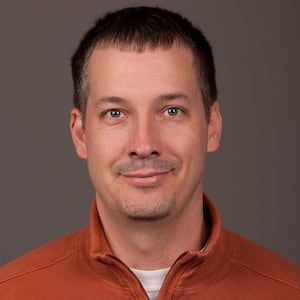 Charlotte-area bathroom remodelers suggest homeowners address shower leaks quickly, before the damage spreads to other areas of the home and costs add up.

Barbara Hall thought her Thanksgiving plans would be ruined. The Charlotte member panicked as water kept pooling behind her toilet. The first professionals she called couldn’t figure out the leak source as last year’s holiday gathering drew near. “I had about five different visits from plumbers before we figured out the problem,” she says.

She says one plumber finally identified leaks in the shower pan, or the waterproof piece beneath the floor tiles that directs water into the drain. He also discovered standing water a foot high in the wall between her master and guest bathrooms. Hall then hired highly rated Case Handyman and Remodeling of Charlotte, which replaced the bathroom floor, shower pan and tile, in addition to drywalling, painting and installing tile in the other bathroom. Case completed the $7,000 job on Nov. 4, and Hall says she hosted her gathering without incident.

Charlotte-area members and bathroom remodelers say shower leaks, if left undetected or misdiagnosed, lead to multiple problems throughout the house, if water seeps into the walls and eventually other rooms. “Water intrusion’s about as bad as it gets,” says Charlie Courter, owner of highly rated Remington Homes of Mint Hill. “Then you get into a real mold issue, and the costs just go crazy.” Chris Manus, owner of highly rated Manus Contracting in Waxhaw, says a smaller repair, such as one that affects an isolated area, starts at about $3,000. “[It] can go up to costs you wouldn’t believe,” he says.

Faulty shower pans cause the most shower-related leaks, Manus says, and poor craftsmanship during the pre-2008 housing boom contributed. “Builders would hire just about anybody to do the shower and they wouldn’t do pans correctly,” he says, adding that leaks in shower pipes also rank high as problem areas. Matthews member Cathy Otocka hired Manus after a slow leak caused damage that required mold treatment, shower pan replacement, tile installation and new frameless glass doors and fixtures, which cost $8,000. Manus, who holds a general contractor’s license, subcontracted a licensed plumber for the pipe-related work while he handled the other shower leak repairs. “I’m never surprised about how much damage water is capable of doing,” Otocka says.

Manus says dark stains along the tile grout or sealing where the shower meets the bathroom floor indicate leakage, along with shower areas that never dry. “If there’s a moldy smell whenever you turn the shower valve, that’s a sign that you might have a leak that’s not apparent yet,” he says.

North Carolina requires general contractor’s licenses for projects that cost more than $30,000, while South Carolina mandates similar licenses for jobs that exceed $5,000. Both states require plumbing and electrician licenses when those trades are involved in a repair, although electricians are only needed when water damages light fixtures, Manus says. Manus says he provides temporary fixes, such as sealing the area around the shower pan strainer, to keep the shower functional until he can complete repair work, which typically starts three to five weeks from the time a client accepts an estimate. “I want to make sure I have all of the pieces in place before I tear anything out,” he says.

Ultimately, Otocka recommends taking immediate action. “Don’t ignore the leak,” she says. “Pay to fix it right the first time or you will pay more later.”