7 Common Invasive Plants to Keep Out of Your Garden Beds

A beautiful garden is a feast for the eyes, but when choosing what to plant in your perennial beds, pretty flowers and showy colors lure even the most experienced gardener. Before you put down those roots or consider some low-growing lawn alternatives, make sure you’re not planting an invasive species that can cause ecological damage by destroying the habitat of indigenous plants. This invasive plant list of some of the most common invasive plants in the United States will get you started.

Particularly invasive along the California coastline, the perennial grass thrives in salty marshlands where it is the arch-enemy of the struggling native plants California pickleweed (Salicornia pacifica) and the native California cordgrass (Spartina foliosa). Its seeds are spread in the water, making it fast to take hold and hard to control.

As the name implies, this introduced invasive species was originally considered edible and introduced to the United States for cooking. It quickly spread throughout forests in the Northeast and Midwest, sprouting throughout the undergrowth of woodland forests faster than any indigenous plant. It is now commonly seen in many less-forested areas, so look for it as a weed in your own garden. It drastically impacts the diversity of habitats 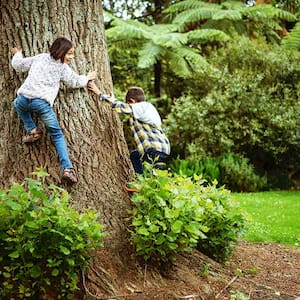 Tree and Wood Identification in Your Backyard

Get good at knowing your wood

Although originally admired as an ornamental plant in the early 1900s, kudzu is now considered both a noxious weed and an invasive plant. Once a greater problem only in southern states, it has also become problematic in the Northeast, Southwest, and Midwest. Kudzu is in the pea family, so it became an invasive plant when deliberately planted as a means of erosion control for deforested lands in the 1930s and 1940s.

The vining plant has an extensive root system, so as it stretches and grows over everything and anything it comes upon, it also reaches deep into the soil, depriving indigenous plants of both light and nutrients.

Favored for floral arrangements, the feathery tops of pampas grass are a nightmare for delicate native species along coastlines and bluffs. The wind-dispersed seeds from this ornamental plant take hold and choke out sedges, grasses, native wildflowers, and other species that cannot compete with the fast-growing pampas.

Because pampas grass can grow with little to no fertilization, the plant can thrive even in barren areas and is virtually impossible to control. No matter what that seed catalog tells you about a glorious hybrid, this species is one to avoid. There are plenty of other attractive plants that will attract pollinators and not destroy indigenous habitats. 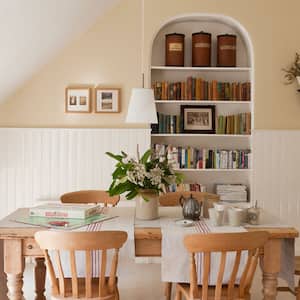 10 Common House and Yard Insects (and How to Identify Them)

To banish pests from your home, you first have to know what you’re up against

Periwinkle is the common name given to both Vinca major and Vinca minor. The two plants are very similar, with the primary difference between being leaf and flower size (the minor variety has a smaller flower and leaf). Once commonly planted throughout historic cemeteries and gardens, ask any U.S.-based historian or archaeologist and they will curse vinca’s name.

Vinca spread via runners, so while many gardeners love the delicate flowers and the vigorous growth of this aggressive ground cover to quickly cover large areas, it quite literally knows no bounds. It can spread well beyond the confines of a well-meaning garden bed and has a nasty habit of covering anything its path, including prized perennials, shrubs, and any native habitats. It is incredibly difficult to completely remove once established.

Although the abundant yellow flowers in the spring may tempt gardeners to plant this attractive Scottish native, Scotch broom is an aggressive invasive shrub that displaces many indigenous plants including rare and beneficial plants that grow in rocky hillsides and pastoral habitats. It is particularly invasive in the western United States, where it takes hold in grasslands and pastures. The seeds are toxic to livestock and horses. 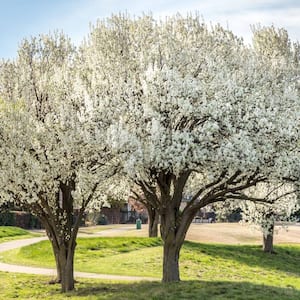 A member of the buckwheat family, this low-growing plant may look innocuous, but it is one of the most difficult invasive perennials to control. Although it grows only 4 to 12 inches in height, the root system is made up of fibrous, shallow horizontal roots and roots that can grow as deep as 5 feet, making it nearly impossible to remove.

In addition, the seeds of sheep sorrel can remain viable for germination for up to 20 years. And if that isn’t enough to make you wish you’d never laid eyes on this plant, it can be poisonous to livestock and causes hay fever in humans, not to mention how it invades delicate native habitats and plants like prairie grasses and meadowlands.

Visit a local nursery near you to find recommendations for non-invasive plants that help support pollinators and will look great in your garden.