From shade in the summer to radiant color in the fall, there are few things as glorious as a beautiful tree. If you’re considering adding some forest to your footprint, be sure you are making smart choices that not only enhance the beauty of your property but protect the ecosystems around you before you start digging.

Check out this list of invasive tree species before you plant a tree to be sure what you plant will thrive without threatening native plant life.

What Is an Invasive Tree Species?

An invasive tree is one that has spread outside of its natural range as a result of human introduction. While most of the time, invasive trees are non-native, in rare occasions, such as with the black locust on this list, you will find a tree native to the United States that is now classified as an invasive species due to its habit of spreading into non-natural areas (thanks to human intervention).

Invasive species are a problem because they can take over native plant habitats. They can deprive the surrounding lands of vital water and nutrients, choke out indigenous plants and block sunlight, and even produce chemicals that prohibit the growth of native plants. All of this not only has an impact on the plant life, it greatly impacts the entire ecosystem, including the wildlife that forages there.

And if you think living in a suburb or urban area gets you off the hook, think again. Many of these invasive species started as urban street plantings or in suburban parks. They can produce thousands of seeds that can be spread through wind and water, making it easy for them to take over nearby natural areas and forests.

Amur maples can grow 20 feet high but are also commonly grown as hedges. They tolerate a wide range of poor soils and have seeds that are dispersed by wind, making them a fast-growing threat to native plants in both woodland areas as well as grasses and plants in open habitats such as prairies.

Like so many invasive species, the Autumn olive was planted to restore deforested land throughout the late 1800s and early 1900s. It grows fast and is both drought-tolerant and can handle wet conditions, which makes it quick to adapt to a variety of conditions and climates. It is an ongoing threat to native plants and ecosystems, primarily from Maine to Virginia and west to Wisconsin. 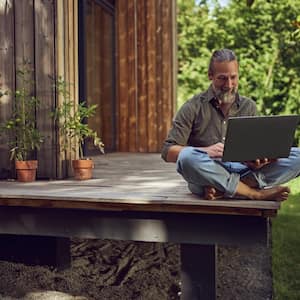 Stick to These 6 Tips to Select the Best Tree Service

Make sure you’re barking up the right tree

Also known as European black alder, this water-loving species was first introduced during Colonial times. It can grow 40 to 60 feet tall and 20 to 40 feet wide and tolerates wet soil, making it a particular threat to native wetland habitats.

They also have spiky thorns all over their branches. Unlike many other trees on this list, the black locust is actually native to the coastal Eastern United States but has been planted widely in other areas where it has become a nuisance. It is dominating habitats and reducing native plant species across the U.S. from prairie to forest. Planting it is even prohibited in some states.

Common buckthorn, also known as European buckthorn, is of particular issue in Northeastern, Midwestern, and Western U.S., where it has become an invasive nuisance, quickly growing into dense clusters of trees anywhere from 10 to 25 feet tall along the edges of woodlands, prairies, meadows, and open fields, destroying native species in its wake.

Most people don’t think of a pretty little pear tree as being invasive but looks can be deceiving. The Callery pear ‘Bradford’ was introduced into the United States as an ornamental flowering tree in the early 1900s, bred to produce sterile fruit.

Some of the cultivars of this type of ornamental pear can hybridize with other pears and produce fertile fruit, leading to widespread invasion into natural areas.

Particularly invasive in southern states, including Florida, this acacia is named for the fruit pods that resemble a human ear. In spite of the humorous name, this tree—which can grow more than 60 feet high—is a big threat, with the ability to produce 47,000 seeds in a year.

They thrive in disturbed areas with poor nutrients and spread fast in pinelands and rocklands, and quickly displaced struggling native trees. 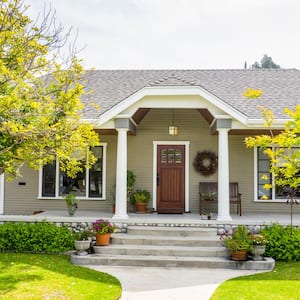 7 Reasons You Should Think Twice Before Cutting Down Trees

It cuts both ways

The mimosa, also known as the silk tree, has been grown in the United States for centuries as an ornamental plant that can grow between 10 and 50 feet high. But don’t let those delicate pink flowers fool you: the mimosa tree is one of the more invasive plant species currently in the United States.

It’s especially an issue on the West coast where it has taken over, is difficult to control, and chokes out native plants. It produces a large number of seeds and grows quickly, making it nearly impossible to reign in once it’s been unleashed.

A towering maple that can grow more than 60 feet high with a wide 7-foot trunk diameter, this European tree was introduced as a park and street tree throughout the United States as early as the mid-1700s.

It has invaded indigenous forests ever since and is a fierce competitor of the native sugar maples. According to the Pennsylvania Department of Conservation and Natural Resources, forests with Norway maple have significantly less wildflower diversity compared to those with sugar maples.

Also called the Empress tree, Paulownia is one of the most aggressive invasive trees on this list. It can grow up to 60 feet high but its height is not the only threat. By the time a tree is 8 to 10 years old, it can produce up to 20 million seeds, all of which can be dispersed via water or wind.

In addition, it is fire and disaster-resistant and can grow directly from buds on stems and roots. All of this adds up to being a fast-moving species quick to take over delicate native habitats.

Originally introduced into the United States both for its beauty and for being a wind barrier, the Russian olive is now on the list of noxious weeds in both the United States and Canada, which means it may not even be legal to plant this tree in your neck of the woods.

Even if it’s legal, you should think twice before doing so. Once planted, they are nearly impossible to get rid of, are fast spreading, and quickly deprive surrounding trees and plants of vital water and nutrients. They can live for 100 years or more, growing and growing and growing…

The rapid growth of the Siberian elm tree to a height of 50 to 70 feet is not the only problem this large elm poses. Because it is both drought- and cold-resistant, it has been able to take over wide areas throughout the Midwest and Great Plains regions of the United States, establishing itself in areas that otherwise would be open pastures and prairies.

The resulting forests of Ulmus pumila not only choke out native vegetation but also close up open areas and reduce foraging resources for wild animals. Their seeds are wind-dispersed, making them difficult to control in an open, windswept environment.

A deciduous tree native to Europe and Western Asia, it can grow more than 100 feet high and was once readily used as a tree for city parks. It can handle poor soil, including pollutants and salt, and because it is prolific, it can quickly choke out native species.

The irony of this invasive tree’s name is not lost on native plant enthusiasts who consider this tree anything but a gift from heaven. It is a rapid grower to an enormous height of 80 feet and emits a smell that has been described as “stinky,” “acrid,” “peanut-butter-like,” and even like “cat urine.”

A native to China (sometimes called Chinese sumac) it was introduced in the 1700s. The tree of heaven can drop thousands of seeds per tree and it has the notorious habit of sprouting from a cut or wound on the tree, making it a literal nightmare to try to get rid of.

The chemicals produced from the tree’s roots actually prohibit the growth of other plants nearby and as such, can destroy native plant populations. They also have invasive root systems that can take over pipes and foundations. 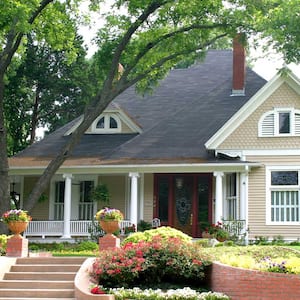 Is Your Tree Removal Pro Insured? Here’s How to Check

Before you grab your chainsaw, talk to a local certified arborist to correctly identify your tree. There are many look-alikes that are actually native species. Once you’re sure that the tree you have is an invasive species, put together an action plan with your arborist.

Some homeowners will remove an invasive tree at any cost; others will prefer to keep the tree unless it poses a threat to property. There is no one-size-fits-all situation, so it's best to talk it over with a tree service that understands local ordinances and is familiar with invasive tree species.