While your toilet is a normal part of your everyday life, it deserves some recognition for all it does. Toilets are part of a sanitation system that keeps you healthy and your water clean. Commodes do a lot for you daily, so take some time to treasure them with these surprising toilet facts.

1. The First Flushing Toilet Was Invented in 1592

The British Association of Urological Surgeons names Sir John Harrington, the godson of Elizabeth I, as the inventor of the first flushing toilet. He made one for both himself and his godmother. However, the toilet needs some work. Less odorous toilets came around in 1775, when Alexander Cummings made an S-shaped pipe and placed it under the toilet basin.

2. The Average Person Uses the Toilet 2,500 Times per Year

That amounts to six to eight times daily, according to the World Toilet Organization. After knowing this toilet fact, you might want to start cleaning your bathroom daily.

According to humanitarian aid organization UNICEF, diseases and parasites spread quickly without toilets. More than 750 children under the age of 5 die from diarrhea from poor sanitation and hygiene. Toilets also prevent malnutrition as a result of diarrhea, making them important for keeping children around the world healthy.

4. 60% of the World Doesn’t Have Access to Functioning Toilets

UNICEF reports that about 60% of the people in the world don’t have a working toilet, which is 4.5 billion people. Many of those without a working toilet live in rural areas in places like Southeast Asia. In place of a modern toilet, people use outhouses or go to the bathroom outdoors. 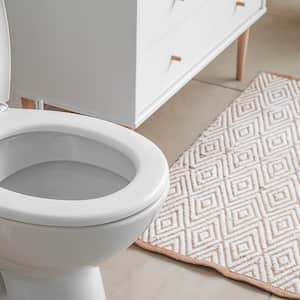 Find Out What Happens When Your Toilet Flushes

5. The Most Expensive Toilet in the World Costs $23 Million

Our next toilet fact comes to us from outer space. Called the Universal Waste Management System, this astronomically expensive toilet is for astronauts at the International Space Station. The toilet uses advanced technology that takes water out of waste and purifies it for drinking. While much like space commodes used before, this new design automatically flushes.

6. Toilets Use a Lot of Water

According to the Environmental Protection Agency, toilets account for almost 30% of all water used indoors in an average home. However, if you install a water-saving toilet, you and your family can reduce your water use from toilets by 20% to 30%. It’s an easy way to lighten your water usage and your utility bills. Leaks from your toilet also contribute to water usage, so consider hiring a plumber near you if yours needs to be fixed.

7. Flushing a Toilet Costs About a Penny

The luxury toilet is made by Toto, a Japanese toilet company, and it features a night light, heated seating, and an air deodorizer. It even has a remote control so you can operate it from the comfort of your toilet seat. 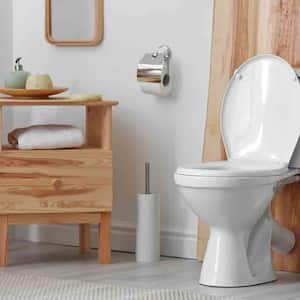 12 Household Items You Didn't Know Could Fix a Toilet

9. Flushing the Toilet With the Lid Open Spreads Bacteria

It’s safer to leave the lid down when you flush the toilet. A study from the National Institutes of Health found that when you leave it up, your toilet creates a spray filled with microscopic bacteria called “toilet plume.”

The bacteria stay in the air for six hours, touching items like your toothbrush, towels, and personal products. This is definitely one toilet fact you’ll never be able to forget.

10. The Word “Toilet” Comes From a French Word

According to dictionary publisher Merriam-Webster, toilet comes from the French word “toile,” which means “cloth.” Over a few centuries, the word was eventually borrowed in English, becoming “toilet.”