5 Ways to Uplevel Your Shower Enclosure 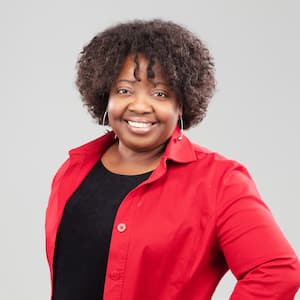 If you want an instant update to your bathroom, consider changing your point of view by replacing your shower enclosure

Whether you’re talking about a guest bathroom in the basement or an ensuite, the shower enclosure is often the centerpiece of a bathroom. Shower doors are the primary component of a shower enclosure, and which shower door is right for you depends on your style and budget. 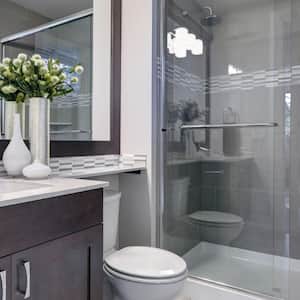 Things to Consider Before Selecting a Shower Enclosure Replacement

Gone are the days when frosted or clear glass were your only shower door options. When choosing glass for your shower enclosure, consider the thickness and design. Most people opt for clear glass because it’s easy to incorporate into any bathroom design theme.

A sliding glass door in an alcove is the most common shower enclosure. An alcove shower has three walls and one threshold, which saves space in smaller bathrooms. The doors don’t swing open, so water stays inside the shower area, reducing the chance of slippery floors.

One disadvantage of sliding doors is that the bottom track accumulates soap scum and gunk. A newer Euroslide option uses a rolling system at the top of the door and eliminates the need for a track.

Pivot glass doors are connected to the shower at the top and bottom and can swing in or out of the shower, like a regular door. Pivot glass doors can add a luxury look to a bathroom. They’re installed without the use of a track. One disadvantage of a pivot glass door is that it can drip water onto the floor when wet.

There are many pros and cons to frameless shower doors. For example, frameless shower enclosures are easier to clean. But one of their primary disadvantages is that they require heavier glass, which drives up the cost.

Sometimes called a shower screen, a glass panel is mounted onto the side of the shower closest to the showerhead. The shield prevents water from splashing onto the floor.

A shower shield can make your bathroom more accessible for those with mobility issues if it’s installed over a threshold-less opening. That way, a person who uses a wheelchair can maneuver in and out of the shower without assistance.

One of the more dramatic shower enclosure options are those without a shower door altogether. To pull this off you need a shower with a draining system that pulls water away from the shower entrance. One major disadvantage to an open entrance is that it requires more space than a shower enclosure with a door. You need extra space to ensure water doesn’t spill outside of the wet zone.