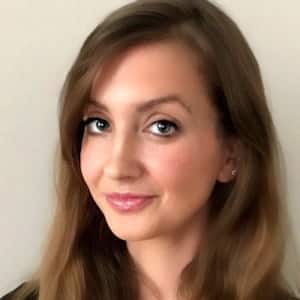 Enhance your bathroom's aesthetic with a stunning glass shower design

Glass Shower Designs That Have the “Wow” Factor

You can choose from several popular shower design ideas to create the bathroom of your dreams. Don’t forget to consult your shower door installer about which type of design would work best for your space.

Sliding shower doors, also called bypass doors, open and close by sliding along a track. These doors are ideal for small bathrooms because they won't encroach on your space when you use them. You can choose to install several sliding panels, which create multiple mobile doors for your shower. Or you can opt for a single sliding door, depending on your needs.

If you don't like the idea of installing a track along your shower doorway, you can opt for a trackless door. Trackless doors come in two main styles: pivot and hinged. Pivot doors swing open and shut, resting on a hinge that rotates 180 degrees. They're modern and trendy, often found in newer bathrooms, but they’re not ideal for small spaces because they swing open into the room.

Hinged trackless doors are anchored to the wall, and they open and shut similarly to a standard door. Unlike pivot doors, hinged doors only swing in one direction. You can orient hinged doors to swing toward your shower rather than out into the room, potentially saving some space.

Neo-angle shower doors are made for corner showers. They feature two side panels and one front panel. The front panel cuts across one of the shower's corner angles and serves as the shower door. The door opens out into the room to maximize the space inside the shower.

Curved glass shower doors are another good option for corner showers. They're sliding doors, so they open and close along a curved track, which saves more space than neo-angle doors. They also don't have any sharp edges or corners, so they're easy to clean with a quick wipe down.

Barrier-free glass showers eliminate doors altogether. They feature one fixed glass panel near the showerhead to protect the bathroom from water, but the rest of the shower is open. This modern glass shower design can make bathrooms feel more open and expansive.

Speaking of making bathrooms feel open, frameless showers are another way to do just that. These designs minimize or eliminate frames in favor of an all-glass appearance. Frameless showers offer a minimal, streamlined look that makes spaces feel bigger. They're a particularly great way to show off beautiful shower tile since you won't have any frames blocking the view. But since frameless showers require very thick glass for stability, they're often more expensive than other glass shower designs.

It's helpful to choose the type of glass you want for your shower first since this impacts the overall look and feel of your design. Consider the following types of glass for your shower design.

Clear glass is the most common type of shower glass. It doesn't block any light or visibility, so it's great for making small bathrooms feel more expansive and lightening up dark bathrooms. However, clear glass tends to show streaks, smudges, and dirt more easily than alternatives, so you'll need to clean your shower door often to maintain its pristine appearance.

Frosted glass is essentially clear glass with a frosted coating over it. This glass type offers more privacy than clear glass while still letting in plenty of light. It also hides dirt and grime better than its clear counterparts, so it's ideal if you want the bright feel of clear glass but don't want to clean it after every shower.

Tinted glass is a trendy shower glass option with lots of customization opportunities. You can choose lightly tinted glass, which offers a bit of privacy while letting lots of light pass through. You can also opt for heavily tinted glass, which prioritizes privacy but doesn't let in as much light. Tinted glass also comes in various tones, like light gray, bronze, and black so that you can find the perfect hue for your bathroom design.

Rain glass is two-sided, with one side being completely clear and the other side featuring a texture that mimics rain droplets. This glass type is similar to frosted glass in that it provides some privacy, lets in plenty of light, and easily hides dirt, but it offers a more textural feel that works well with organic bathroom designs.