7 Signs It's Time To Replace Your Toilet

The toilet plays one of the most crucial roles in our life, so letting one get out of whack can lead to a lot of unnecessary stress. You’ll want to look out for a few key signs on whether you should replace or simply repair your toilet. These can include the age of the toilet, frequent clogs, and an increase in calls to your local plumber.

While toilets are meant to last several decades, they do have a limit. If you know your toilet has been around longer than you’ve been alive, then there’s a chance that it’s likely on its last leg already. A general rule of thumb is to replace a toilet around every 25 years, though your mileage may vary.

You might also want to consider replacing your toilet if it was installed before 1994. The Energy Policy Act of 1992 made it so that toilets would flush with 1.6 gallons of water, rather than the average of 4.25 gallons before it was enacted. So you can theoretically make your money back on a new toilet over the coming decades.

2. Frequent Calls to Your Plumber

If you know your plumber’s number by heart because you’re constantly dealing with repairs on the toilet, then it’s likely time to kiss your current porcelain throne goodbye. The average cost to replace a toilet is around $370. Compare this to the average cost to repair a toilet of around $240, and you’re already throwing away money after two visits from the plumber.

Now, this isn’t to say that replacing the toilet is always the final step. Sometimes, there are issues with the plumbing system itself, rather than the toilet, which can lead to extra costs. But there’s a high chance that these issues were caused by a faulty toilet in the first place, so replacing it is still recommended.

Do you find yourself reaching for the plunger after every bathroom break? A constantly clogging toilet is another sign that it’s time for it to go. Consistent clogging is common in older toilets because they were not as efficient at flushing as newer models are. 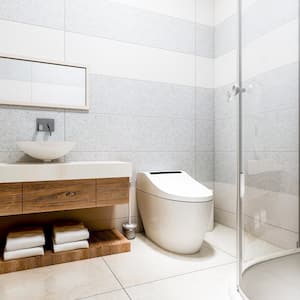 What Is a Bidet and Should You Invest in One?

It’s time to say “OK” to the bidet

If it’s a newer model giving you trouble, consider hiring a local plumber to come out and see if there’s something clogging the pipes that you can’t reach on your own. They’ll let you know if they found anything or if it’s time to look into the warranty on the toilet.

Cracking of toilets tends to happen over time. While simple cracks on the edge of the toilet seat or on the upper portion of the tank are fine, cracks in other spots can quickly lead to a flooded bathroom. Cracks found toward the bottom of the toilet or on the lower portions of the tank should be addressed ASAP.

While you can try and patch up the existing cracks, it’s safer to just go ahead and replace the entire system. If there are already cracks forming once, it’s likely going to start happening again.

A toilet that runs like it’s in a marathon and never stops is typically a sign that the components inside are failing. These components, such as the flapper or fill valve, are usually easy to replace and should fix the problem. If they don’t, there’s something seriously wrong with the toilet and it’s time to kick it to the curb.

An always running toilet also leads to a higher water bill, as the water never stops running either. If you notice your water bill is suddenly higher, there could be a small amount of water that you can’t hear but it’s draining your pocket.

6. A Build-up of Minerals

Mineral build-up occurs when your water contains high amounts of minerals that build up along the pipes of your toilet. Over time, this build-up can lead to clogging and a reduction in water efficiency. A plumber may be able to clear out some of the buildups, but it’s often better to replace the toilet and install a water softener instead.

7. It No Longer Flushes

This is another sign of a major malfunction happening with your toilet and it needs to go. Before you toss it though, check to ensure the handle is attached to the flapper and that a quick plunging doesn’t solve the issue. If both of these are ruled out, then it’s time to head to the store to find a toilet.

Should You Replace or Repair Your Toilet?

If you find your toilet constantly clogging, running, or simply not flushing, call a plumber first to diagnose the problem. One or two times is a coincidence but three times is a pattern. A local plumber will let you know if the problem is easy enough to fix or if it’s time for the toilet to get the boot. 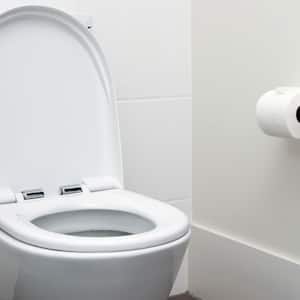 Can You Unclog a Toilet with Baking Soda and Vinegar?

No snake, no plunger, no problem!