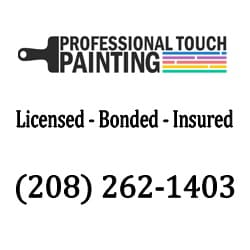 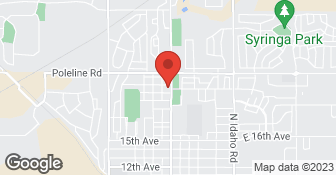 He was amazing to work with, very polite, professional and completed the work very quickly, on my time-line.

Description of Work
I need my groundfloor-to-basement stairwell re-painted; because it is very deep/tall, I can't do it myself.

Finish in the time agreed. Fair priced and was very friendly, also great with my doggies.

Great!! Ryan did a very professional job and the quality was super! I would definitely hire Professional Touch Painting for any of my painting needs.

Ryan did a great job! He was able to match the paint for an addition we had completed to the rest of the house. We also had him stain some shake shingles that were in much need of some attention. He is responsive, dependable, friendly and honest! Not something you always find these days! His prices were extremely fair and were considerably lower than the competition.

Description of Work
Paint and stain to the exterior of our home.

I was initially impressed by Ryan as he was punctual and responsive. He showed up at my home and quickly gave me an estimate. I told him I would respond with more details about including door painting in my bid, which I did the next day. After quite a bit nudging from me, three days later he texts me and says he can no longer perform the job as his schedule is booked for four months! He never told me that before, and in fact, we had discussed timing of my job and he confirmed that it would align well with his schedule. Then, when I called him in response to his text, he texted me back saying he would call me as soon as he was able. Guess what, I never heard from him again. *** BUYER BEWARE*** - Ryan seemed like a really nice guy, but he totally flaked on me. Proving the adage that you can NEVER trust a contractor. Too bad.

[Member Name Removed] this is very wrong. I told you I could not work you into my schedule In the time frame you needed. I’m sorry you feel the need to ruin further business for myself for such selfish reasons.
5.0

He was wonderful. He did a great job. He didn't make a mess. He cleaned up after himself. He finished the job on time. He showed up when he said he was gonna show up. He gave us an itemized price and an itemized bill. He was fair.

Description of Work
They did an interior painting.

Ryan's prices are effectively unbeatable, he is able to perform work exceptionally fast, and has a great attitude. In that regard it would seriously surprise me if anyone could compare. What stood out about Ryan from the beginning was his commitment to professionalism. If he was going to be a little late on the mornings he was scheduled to arrive he would always call ahead (happened once I think). I also employed Professional Touch to use some foreign materials to complete work (countertop coating) that they are unfamiliar with. Ryan studied up and applied these materials properly. We did run into some pretty substantial issues on this job, some that he had control over, but after talking it through, he made it all right. That effort, in addition to the generous suggestions he made for improvement, along with his overall value, makes this company an "A" in my book.

He did a perfect job!! I’m so very pleased!! Top notch service and outstanding work!!

Description of Work
painting of eterior house and trim.

It was a pleasure working with you, I’m so glad we could squeeze you In before the winter came. Enjoy your new paint colors!
5.0

Ryan was very personable and professional. His prices are very reasonable. He is a great communicator and kept me informed of how the job was going the whole way through. I highly recommend Professional Touch Painting!!

Description of Work
painting of entire interior walls, ceiling and all trim work

Thank you [Member Name Removed], it was a blast working with with you, I hope we cross paths again in the future!

General interior and exterior painting of all aspects of homes, and buildings. I also off drywall repair and patching typically u to one wall but is negotiable.