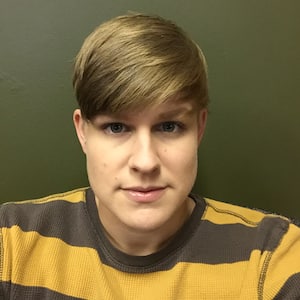 How to fight off the invasion of brown marmorated stink bugs.

Fall is finally here and although the great reprieve from the sweltering summer temperatures is certainly welcomed, what’s not so enticing about the change is the inevitable invasion of the Brown Marmorated Stink Bug. For the last few seasons, Ohio has been one of the many states affected by throngs of stink bugs clinging to the sides of homes from late summer, into fall and lasting all the way to the beginning of winter.

Because they’re foreigners and come from an area that is much more lax when it comes to pest control regulations, they’re extremely resilient and almost impervious to pesticides. This is affecting the entire nation as they are harming the production of crops and orchards, causing millions of dollars worth of damage.

Right now is the perfect time to help yourself this fall and winter by preventing the looming bug breach with these tips and tricks.

How to stop stink bugs getting into your house

As the temperatures continue to drop, stink bugs will attempt to enter your home through any spaces available. As you walk around your home, pay particular attention to typical entry points such as windows and doors, siding or panels in disrepair, vents, and holes for utility lines. Also, in attempts to hunker down for the winter, stink bugs will seek areas that offer protection on the exterior of your home such as in the eaves along the roof line, or under panels, shingles and behind shutters.

Stink bugs can fit through gaps the width of a nickel, or the size of the type you’re reading now! That’s incredibly small, so it may be difficult to completely bug proof your home, but even a little effort can prove to be effective, and at the same time, repairing those gaps improves the appearance of your home. Screens will break down over time and it may be time to replace them. Make sure they are properly sealed, and that the sealant around them is in good shape. You can also repair gaps in concrete by using a polyurethane concrete crack sealant, which can be found at your local hardware store.

The color yellow is often said to attract stinkbugs. It's definitely worth a shot to place yellow items in other areas of the yard to attract the sneaky bug away from your home.

How to get stink bugs out of your house

Once stink bugs enter your home, it's a pretty safe bet they're there to stay unless of course they are physically removed. Often times, and fortunately, it's an individual bug that is present and so can be easily tissued up and tossed in the toilet or back outside from whence it came. If left alone long enough for it to find a safe hideaway, more will be sure to follow and gather in the same nook. The unfortunate tidbit about this is that even when pest control is used to diminish the interior populations, dead bugs have been known to still emit an odor while still in hidden nooks. So it's best to eliminate them one by one as they enter your home, and not to let them add up.

The best defense once your fortress walls have been breached is to arm yourself with a good old buster of dust. A vacuum is a quick and easy way to suck these little buggers up, but of course the creature may still stink within the contents of your vacuum. It's best to dispose of the contents immediately after they are caught by flushing them or releasing them back outside. 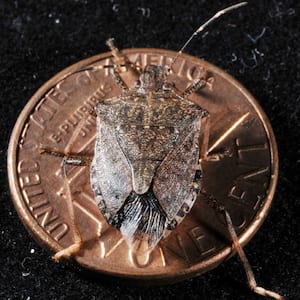 How to Get Rid of Stink Bugs

Experts share tips on how to prevent stink bugs from entering your house and how to get rid of them.

As of Sept. 26, 2014, this service provider was highly rated on Angie's List. Ratings are subject to change based on consumer feedback, so check Angie's List for the most up-to-date reviews. The views expressed by this author do not necessarily reflect those of Angie's List.