What you don't know can eat away at you

Termites are an undebatable nuisance to homeowners—but knowledge is essential to prevention. Learn 13 fascinating facts about these all-too-common (and unwelcome) house guests that’ll teach you all about termites—and more. From how they get into your home to telltale termite signs, here’s everything you need to know.

Termites are often associated with consuming a large amount of wood at any given time. But they’re not strictly a xylophage (meaning their diet only consists of wood). These little pests are also known for eating plastic and fabric as well.

If you suspect you might have termites, you should check more than wood. Check the surrounding wall and possibly even cables and pipes. 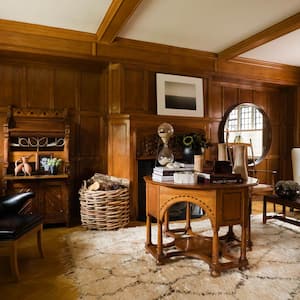 How Often You Should Get a Termite Inspection

Termites are hard to spot until they've done severe damage to your home, so regular inspections are a must

Subterranean termites are found relatively everywhere in the United States and are the largest culprit of termite infestations. These termites will often build their mound (or nest) outside of the home and then tunnel in to eat trees or the wood throughout your home.

Drywood “ants” tend to stick to the Southern states, so think Florida, Georgia, Texas, and Arizona. This type of termite tends to be the ones you find living in your walls rather than out in the yard. Since they do take up residence in your walls and home, they are more likely to cause damage.

Dampwood termites live up to their name and tend to only be found in areas with high humidity. Sorry, Florida, but you’re going to have to deal with all three types of termites at any given time. The bonus is that they’re more likely to be found outside and rarely make their way into the home, as wood in homes typically isn’t moist enough.

3. Ants Are the Sworn Enemy of Termites

Ants, despite being very tiny, are actually the largest predator of termites, making this fact a surprising one. It’s very unlikely that you’ll find a colony of termites in the same yard as a colony of ants. However, ants still can’t compete with hiring a local termite control company.

4. Termites Eat a Lot of Food

A standard colony of termites of around 60,000 can eat through a 2-by-4 piece of wood in around five months. While this doesn’t seem like a lot initially, when that damage is spread out throughout the home, it starts to become a lot more costly. The larger the colony, the more they’re going to work their way through your home.

5. Termites Cause Billions of Dollars in Damages Each Year

This next termite fact is one that’s hard for homeowners to swallow. There’s no single answer to how much damage termites cause, but a safe estimate is around $5 billion every year to homes. This does not count the damages that they can cause to crops as well.

And while the cost of a termite inspection is typically free, that doesn’t mean extermination is. In fact, the cost of termite treatment is typically around $573 on average, according to HomeAdvisor.

6. Queens Lay Tens of Thousands of Eggs a Day

When a termite colony forms, a queen’s main job is to simply lay eggs. In fact, they can lay tens of thousands of eggs a day if need be. This can quickly lead to a large infestation if termites aren’t caught early enough.

Though exterminating the queen is one of the fastest ways to see a colony die off—but good luck trying to find her.

Despite being insects, the mounds that termites create are similar to metropolitan cities. They then connect to their food sources and explore routes through a series of mud tunnels, similar to a highway system. These systems can typically span the entirety of a yard and home.

If you’ve ever felt like you can never get enough sleep, imagine how termites feel—these bugs never sleep. This means that they’re in constant motion of gathering food, protecting the colony, and building the colony up.

9. Termites Only Need an Opening the Size of Penny

This next termite fact is crucial for homeowners to know since it involves how these pests get into your home. Termites are on the larger side of insects, but they can still wreak havoc on your home as long as they find an opening large enough.

Because termites like to travel through mud tunnels, they often look for larger openings than an ant, which only needs a crack. Instead, termites look for openings around the size of a penny.

Termites are found in nearly all 50 states. The word “nearly” is used because, while they’re present in Alaska, they typically aren’t active enough to cause any damage. This is thanks to Alaska’s extreme cold weather.

11. Termites Abide by a Caste System

When it comes to how the colony works, there are three main categories, just like ants. You have the queen, the soldiers, and the workers. The queen lays the eggs, the workers find food and build the colony, and the soldiers protect and attack.

12. Termites Are as Old as Dinosaurs

Termites are estimated to be anywhere from 172 to 235 million years old, almost as old as the first dinosaurs. And while the dinosaurs aren’t around anymore, there’s plenty of termites to go around. In fact, termites live around one to two years on average, with the queen surviving close to a decade or more.

13. Termites Swarm Once a Year

Our last termite fact has to do with swarming. It’s a common myth about termites that they swarm multiple times a year. The reality is that they only swarm once a year, typically in the spring when the temperatures start to hit 70 degrees Fahrenheit or higher. 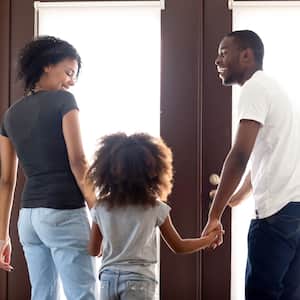 How to Get Rid of Houseflies Once and for All