5 Signs of a Bad Contractor Every Homeowner Needs to Know 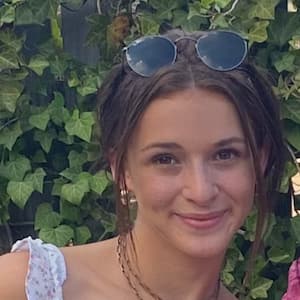 Put yourself in the driver's seat when picking a contractor

To some people, hiring a contractor is simply a fundamental part of construction projects. To others, it can be like picking a spouse. Regardless of how much you contribute to the contractor screening process, you need to know the signs of a bad contractor if you’re a homeowner.

A “bad contractor” is not always obvious: their faults may be subtle, or they may just be incredibly good at painting an esteemed facade. Luckily, we’ve listed some of the key indicators of a bad contractor. Before embarking on a project and hiring your next contractor, ensure you’re aware of these warning signs.

1. The Contract Is Nonexistent (or Weak)

Before hiring a contractor, you should understand the whole essence of a contractor: it’s nonexistent without a contract.

This is one sign that should definitely make you question your “contractor,” or better yet, the person potentially trying to scam you. If you begin a project without a contract, there will be no record stating what the contractor agreed to do, and so you’ll have nothing that holds them accountable.

Furthermore, simply having a contract doesn’t mean you’re in the clear. A good contract contains specific components such as the contractor’s identification information (address, email, etc.), a payment schedule, exact costs, and all items not included. Make sure all this information is there; if they’re not willing to provide it, red flag alert.

Note: A contract is negotiable, so nothing should be set in stone, and sometimes contractors will try to skim over the contents, intending to hide something. If the contract seems vague or faulty or seems like the contractor is concealing something, this is a sign of a bad contractor.

2. They Don’t Have a License or Insurance

If your contractor doesn’t have a license or insurance, this is a major red flag. A good contractor will have important documents and paperwork such as bonds, insurance, and licenses readily available. If this isn’t the case, they either might not have one, or don’t take their project seriously. Plus, if they don’t have insurance, you’ll be responsible for any damage or injury. Make sure to request to see their license before hiring a contractor.

Although it may initially seem like a plus, a contractor whose rates are significantly lower than most others may be reason to believe you’ve hired a bad contractor. Having extremely low rates or estimates is often a sign of inexperience and can also indicate desperation.

Contractors who work as one-person businesses often have lower costs and estimates since they might not spend money promoting their company or other common larger company fees. This is a common situation where a contractor has a valid reason for having abnormally low rates.

However, when a rate is significantly lower than average, something’s up. They may not have insurance, or they may not spend money on necessary materials, training, or tools. In the long run, choosing the contractor with lower prices may cost you far more than what they’ll have you believe.

4. They Want a Large Payment Upfront

During the hiring process, there’s typically time to negotiate with your contractor about down payment prices; with a downpayment, the contractor can ensure they have enough cash for materials and permits. The average request for down payments is somewhere between 25% and 30%.

If your contractor asks for more than this, though, they might not have enough cash to manage the project. Keep in mind that if they aren’t transparent about their finances, this could be a sign that you should consider going in a different direction.

5. They Are Inconsistent or Unpredictable

Maybe your contractor had a family emergency, or “something came up,” but if they continually miss meetings, appointments, or calls, something’s up with their professionality. This is a red flag in itself, and if multiple local contractor reviews point to this behavior, this should make it clear that you hired a bad contractor.

A good contractor is professional–they will be prompt, true to their word, and reachable. Also, if they’re overworked to the point where they cannot respect your time and deadlines, a good contractor will communicate this to you. 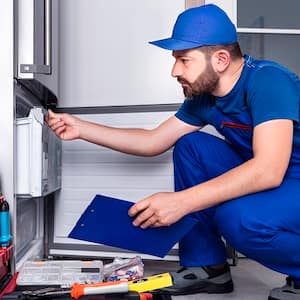 8 No-Fail Tips for Negotiating With Your Contractor

Negotiating doesn't have to be scary, especially when you follow these tips