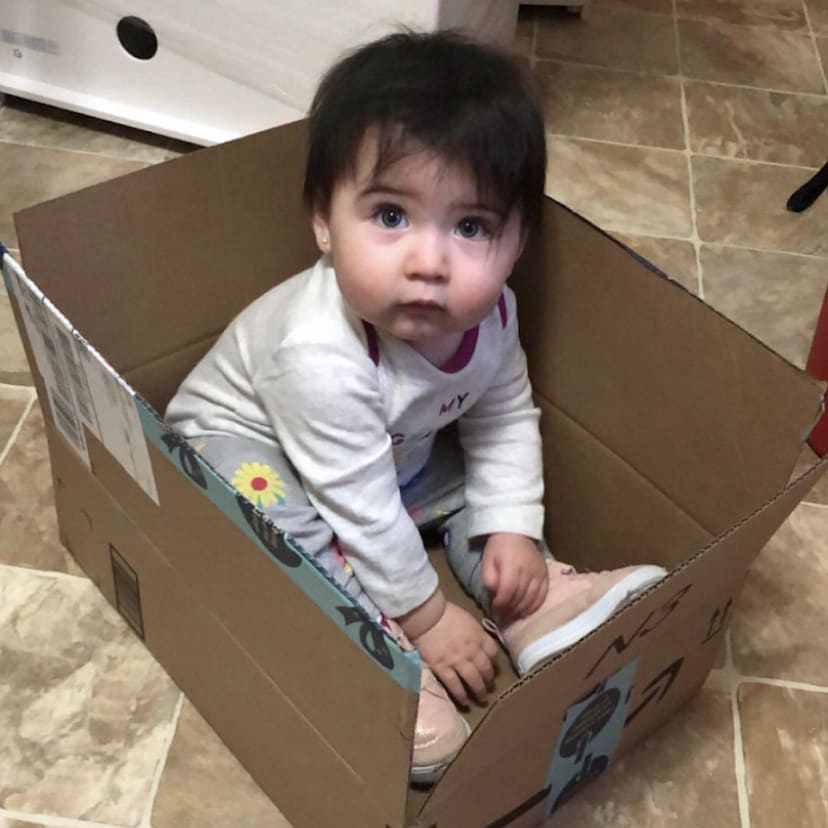 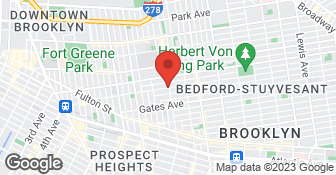 During this time, the health and safety of our customers and employees are of the utmost importance. Rest assured that we are practicing social distancing techniques during travel and work. We will be wearing gloves and masks during your move. If you have additional worries or concerns please let us know.

We will wear masks and gloves when we visit your home
We offer estimates and quotes using video calling
All statements concerning COVID‑19 business operations and essential services are informational only, and are self‑reported and not verified by Angi.

We're a reliable and professional moving company ran by an industry leader with over 20 years experience in the moving and storage business. When you contact us, you'll be treated as family because we truly care about helping you out through the stressful task of moving. We offer free, in home as well as phone consultations. In home estimates are encouraged. We servive both local and interstate moves. Packing service is available as well. If you require your office be moved, that is also something we can help with. All of our movers are hand picked by the owner and thoroughly vetted and trained the Gotham way prior to working on any move. You can expect clean cut and highly skilled personnel on the job site. Most employees have actually been working hand in hand with the owner for over 10 years....

Gotham Moving Systems are undoubtedly the best moving companies. I hired them 2 weeks back to move my valuables. Everything about these guys was tip top. Starting from their uniform to the vehicles, no details have been spared. The movers arrived right on time and wasted absolutely no time in packing up everything. Then they carefully loaded everything to the truck waiting outside. You won’t believe when I tell you that none of my valuables were broken or damaged during the journey. I have only heard of such efficient movers. This time I watched them in action. I feel almost blessed.

Description of Work
Moving from one location to another

Their care for my things, the quality of their work and their dedication towards my satisfaction as well as their reasonable pricing made me realize why everyone is commending and recommending Gotham Moving Systems. The way they handled my clothes, some of my decors and the brittle pieces of furniture proved to me that these people are not only professionals but experienced experts. If anyone close to me will be relocating, I will recommend Gotham Moving Systems without thinking twice about it.

Gotham Moving Systems is the best I have ever used. From beginning to end pleasant to work with and communicate with. When I called them there were straight up and real with me. They quoted me for the low and kept that price when they showed up to move my stuff. They wrapped all my stuff and they were very careful. They just knew exactly what to do and they finished the job in given time. I would recommend them to anyone who wants the moving process to be stress free.

It was a very positive move. Very knowledgeable crew, courteous, fast and really efficient. I had many mirrors to transit-nothing was broken. Incredible. Outstanding service. I couldn't have imagined a better company. Thanks a lot.

The pack day went well although over budget. Not sure if they packed slowly or the estimator, who is the owner of the company, made an error in the time. They blamed me for being slow. If i had to be fast, i wouldn't have needed to hire movers to pack. They also told me they weren't even sure Edward was in my house to do the bid although i got an onsite notation on the bid. They said it just means they were scheduled not that they showed up. The unpack day was a disaster. From charging for four extra hours saying they began at 6:30am for a building that only opens freight at 9am, to things unpacked in total disarray, to leaving unpacking of my kitchen to my house cleaner, to every story under the sun for why they were over budget by nearly $3,000, to saying they were going to do a conference call to resolve the issue and not doing it because they were too busy, to saying i was mailed a check for the four hours they weren't here that i never got, it was horrible. I tipped because moving is a tough job as you get older. My friends tell me not to tip. Never again. However, I believe in doing the right thing. I donated the 9/11 flag the firemen hung at Ground Zero to the 9/11 Memorial & Museum instead of selling it. I considered it America's flag and wanted America to be able to see it. People like Gotham make me regret it. I was not given the bill. It was shoved at me and told to sign and pay. I didn't examine it. Not that it was handed to me to do so. i was exhausted and i wanted it over. As they left, they said did i want the bill. i said leave it on my desk. I fell asleep. I didn't examine the mess until the next day. When i saw the bill, i was astounded at the charges compared to the bid. I called them and got a lot of stories. I got an on site bid of about $5100. the final bill was nearly $8000. Even with ridiculous amount, about one third was unpacked and what was unpacked was in total disarray. i was having back surgery that week and i couldn't pack myself or i would have. If my back was okay, i could have packed alone in a day. i couldn't so i had to pay. I didn't expect a five star mover to be a rip off. I had to hire people to finish the job that was supposed to be a complete unpack. Gotham said it would have been even more if they had finished. They supposedly got a parking ticket. i was told it would be sent to me. Never was. They said things were crated. Never were. I had a ONE BEDROOM apartment, not a mansion and a local move. I even had location stickies i told them to use as they packed to make it easy to unpack. Never used. I see the charge says Mayfair. Edward said he has millions and doesn't need my money. Maybe he sold out and doesn't care. He certainly did want my money. If you want a story a minute, use Gotham. If you want honesty, find someone else. I have no idea how they got five star reviews. Maybe no one used them for packing and unpacking just transport. I have moved many times. This was my worst experience.

Everyone was friendly and helpful and the move itself was quick and painless. Getting a quote was easy and especially easy to work with them. They took good care of my belongings when moving them and I really had no issues with the entire process.

Description of Work
Moving from one location to another

Very professional. Hard work. Efficient. Friendly. And most importantly, very careful on moving my stuff. Impressed that the estimate was not change in the end. Showed up on time. Didn't take breaks. Were very respectful of my time. Always returned phone calls promptly.

I was extremely pleased. Not only were they professional but courteous, efficient, they maintained communication with me regarding my items & took special care to safely move my items & secure them while they were in the truck. I was very pleased, relieved & feel as if my move couldn't gone any better. The wardrobe boxes were helpful & the disassembling & assembling of my bed, along with placing boxes & furniture in its proper location was also very helpful. I cannot say enough. Thank you.

This was the first time we used a professional company to do our moving, and I was so very happy with this company, but most of all the Movers that came out. They were very careful with our belongings, also knowledgeable and very professional. We would and have already recommended this moving company to others in our old neighborhood and our brand new neighborhood. Thank you to Gotham Moving Systems for making our move so easy and wonderful.

My moving team showed up on time and they were well experienced. They were very professional and explained what was going to happen though out the moving process. The 3 of them got right to work and didn't stop till the truck was loaded. They arrived at our newly built home and to great care in making sure to not damage anything.

We service both local and interstate moves, offering service to both residential and commercial customers. We can do a partial pack or offer white glove service. We can pretty much accommodate any request.

We don't move hot tubs, pool tables and some gym equipment. Please call, we can recommend a third party service to facilitate this for you.

Gotham Moving Systems is currently rated 5 overall out of 5.

No, Gotham Moving Systems does not offer eco-friendly accreditations.

No, Gotham Moving Systems does not offer a senior discount.

No, Gotham Moving Systems does not offer warranties.

Gotham Moving Systems offers the following services: We service both local and interstate moves, offering service to both residential and commercial customers. We can do a partial pack or offer white glove service. We can pretty much accommodate any request.

Are there any services Gotham Moving Systems does not offer?

We don't move hot tubs, pool tables and some gym equipment. Please call, we can recommend a third party service to facilitate this for you.