With Angi since September 2017 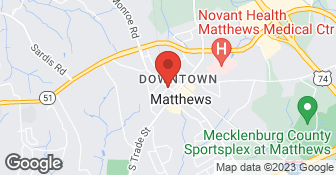 Discrepancy of vandalism writing "Jesus saves" on my furnace by one of the Kendal air techs. I have before and after the repair, pictures. And Ken says they do too. When contacting Kendal Air, the owner Ken, contacted me back. He reacted very unprofessionaly. He was rambling in anger and aggressively accused me of false intentions to take him to court, calling the police, and that I wrongly accusing his tech of the vandalism, so as to get my money back for not fixing my furnace. Ken did let me know he was sick and had a fever. I think the fever got to him. Or maybe he is just this angry man in his older age. He told me at least three times he was of age to retire and didn't need my business.

Description of Work
Repair of furnace

I had a great experience with Kendal Air and the technician Jeremy for routine maintenance on my 3 AC units and one small repair. I will definitely be using them in the future and highly recommend them! Below are the main reasons: -Clear upfront pricing -Arrived promptly and I was notified when Jeremy was on his way -He was incredibly friendly and knowledgeable -He explained everything he was going to do -Provided tips and tricks to keep my house cool and to how to check my system myself in case I did have a problem so I didn't waste money on a repair visit that isn't needed -He was very trustworthy and explained how their business is run (ensuring the best thing for the customer, not their bottom line) -He suggested replacing one part which was $75 based on the reading he got from the unit -He proactively gave me a quote on replacing each of my 3 units (they are 18 years old) and suggested which unit to replace first based on use of the units and suggested replacing them one at a time so I didn't have a huge upfront cost

Outstanding! Jeremy, the service tech, was very professional and knowledgeable. He quickly found our central problem which was then just as quickly resolved. Our air conditioning is completely restored to a like-new status and we could not be more pleased. Our neighbor recommended Kendall Heating and Air Conditioning with high praise and they were absolutely right. We now owe our neighbor dinner! Thank You Jeremy and Kendall Air.

Description of Work
Tune-up of both heating and central air conditioning.

They did an excellent work and the price was reasonable.

Description of Work
They did a AC tune up and install air purification.

My A/C kept leaking Freon. A tech first came out and he cleaned the unit and I decided to have them use some stop seal product that was hopefully a fix for a few years. About a week or so later it leaked out the Freon again. So the guys at Kendal were able to assess that my evaporator coil had gone bad. After discussion I decided to get a whole new unit installed. I chose a RUUD unit based on the information they provided. I feel Kendal Air was very fair in their business practices and their pricing. They were willing to work with me regarding the 1st solution that didn't work. I would recommend them and would definitely hire again. They were very punctual, knowledgeable, and honest.

Description of Work
Problems with A/C

After inviting 3 companies to assess my project and recommend a solution, I chose Kendal Air. All 3 companies offered a similar solution involving the equipment installation as well as modifications to my existing duct work. I selected Kendal Air for 3 main reasons: 1) Kent and Matt both were very personable and honest in our dealings, 2) Matt offered the best ideas on the duct work, which should optimize the efficiency and longevity of my furnace and condenser and 3) the pricing was very reasonable. The work was completed as promised on schedule - no surprises. Our home is much more comfortable with the zone system added.

On advice from a friend, I called Kent at Kendal Air for a quote to get a furnace tune up before it comes on for the winter. Kent answered immediately and quoted me a much lower price than the company I usually use. He arrived a little earlier than scheduled and after giving me a brief history of his experience, I was very impressed. He is truly dedicated to running a business that puts the customer first. He started the company about a year and a half ago after becoming frustrated with some of the big HVAC companies in town that overcharge customers. Give Kent a call and let him tell you what his experiences have been. He completed the tune-up within an hour. I plan to use Kendal Air Heating and Cooling going forward as my HVAC company!

All City Heat and Air

We repair, maintain and replace residential and light commercial heating and air conditioning systems. We are a "Factory Authorized" dealer of quality Bryant heating and cooling products. We strive to maintain customers for life. Satisfaction guaranteed. Award winning.  …

Free Service Call (Diagnostic) when you choose to have any repairs done by us! Air 72 Inc. is committed to employing the most courteous, skilled, and trustworthy technicians. We extensively train all our employees to put the customers first and take care of YOUR needs in a professional, honest, and timely manner.  …

Welcome to CMA Mechanical Heating and Air. We are a privately owned company who specializes in the service, installation and maintenance of residential and commercial heating and air conditioning equipment. Our mission is to exceed our customers’ expectations with outstanding results. We are properly licensed in North Carolina, holding H-2 and H-3 class 1 Mechanical licenses  …

How is Kendal Air Heating and Cooling overall rated?

Kendal Air Heating and Cooling is currently rated 4.4 overall out of 5.

No, Kendal Air Heating and Cooling does not offer eco-friendly accreditations.