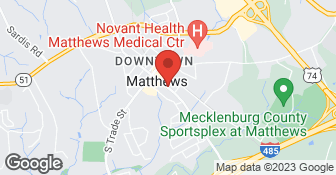 Griffin Roofing & Construction are fully licensed & insured general contractors and are locally owned & operated. We proudly received Home Advisor's 'Best' Award and GAF's 'Master Elite Contractor's Excellence Award'. We specialize in Additions, Home Renovations, Porches, Decks, Roofing and Siding. Griffin uses only the best building products from GAF, James Hardie and Alside/Revere. Our crews are factory trained, have 20+ years experience and are masters at their craft. We pride ourselves on great customer service - please read our reviews on Google, Angie's List and Home Advisor. Call us for a free consultation today....

It started out well. I called their main line to set up a time for a free inspection and estimate. The original time was rescheduled by the company. Alan Wagner from the company showed up on-time at the rescheduled date/time. He was very pleasant, inspected the roof, notified me of the problem, and told me he would have an estimate ready for my by the following week. This is where everything went down hill. Alan, nor anyone from Griffin Roofing called me or emailed me regarding the estimate. I was completely ignored for about a month. I would have been ignored entirely, but I decided to call them to find out about the estimate. Trish was the associated that answered the phone and she contacted Alan about the estimate. She called me back and told me that Alan would have it for me within the next few days. Several weeks later, I still hadn't received the estimate. So, I called for a third time, and I got Trish again. She apologized and said she was going to reach out to Alan again. She told me she would get back to me, but it's been 4 business days since that call, and I haven't received a callback. I guess this company doesn't want money. I'm surprised they're in business. I cannot recommend them.

It went well. They finished the job within the timeline they gave us and we were pleased with the experience.

Description of Work
They did a whole new roof on our home, including new gutters. It went through our insurance company.

We at Griffin Roofing & Construction want to say thank you again for your recent business. It was a pleasure working with you. We also want to let you know that we appreciate the great review you gave us. If you have any construction needs in the future please contact us. Have a great day!
5.0

JJ is great to work with. He was very responsive and easy to get a hold of on the phone. After a horrible hail storm he always made time to answer any questions and helped me walk though the process of getting a new roof and everything else. He helped with the insurance adjuster and completed his work timely and in a professional manner. It's nice to have a local company helping with all these repairs in case I ever have a question later on down the road I know I will be able to get in tough with someone so close and who has been in business for such a long time.

We at Griffin Roofing & Construction want to say thank you again for allowing us to handle your repair project. We also appreciate the great review. Please do not hesitate to call us with any questions or if you have other construction needs in the future. Remember that we are a full licensed contractor and are able to handle many types of construction projects. Have a great day!

Advance Contracting Group, LLC is the Charlotte area's premier painting, roofing, siding and gutter company. With over a decade of outstanding service and thousands of satisfied customers in region, call us today for a free consultation and estimate on your next project.  …

Griffin Roofing & Construction is currently rated 4.8 overall out of 5.

No, Griffin Roofing & Construction does not offer eco-friendly accreditations.