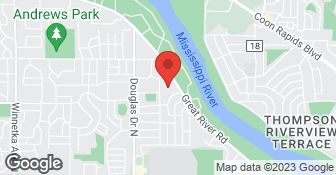 Would not recommend Radon Squad to anyone! I reached out to Radon Squad in December for a radon mitigation system required to be installed before closing of my house in January. Bill Shampine, the owner, can out to the house to look at the project and provide a estimate for the work. Bill was very professional at the time, their estimate was one of the better ones I got and his company was available to do the work prior to closing. I scheduled their installer to come out the week prior to my closing date. Bill confirmed the date and put me in direct contact with his installer Dave. Dave arrived at the house promptly and proceeded to take a look at the job. Dave spent about 90 minutes at the house looking at how to run the pipe and couldn't figure out a way out of the house. Dave and Bill conversed over the phone and they decided the best course of action was for both of them to come back on Monday to complete the install. Dave verbally confirmed to me they would be back Monday and be able to complete the job prior to my closing date. Monday morning Radon Squad failed to show up at the appointed time, nor did they call. I repeatedly called Bill but he would not take or return my calls. Its been a couple of weeks since and Bill did not have the courtesy or professionalism to call or email about the job. I was not able to get the radon mitigation system in prior to my closing date because of Radon Squad.

everything went well- the onsite test indicated we were over the normal radon limit- the test took 2 days and it was easy. He gave us an estimate for the radon remediation and the pricing for the test and the remediation were competitive and reasonable

Description of Work
gave us explanation and estimate over the phone for radon testingp- then after the 2 day analysis with his equipment onsite, Bill gaves the cost to install radon remediation shstem

We called Radon Squad for an estimate on radon remediation in our home. They were quite helpful over the phone, asking questions and providing information. Based on the information they provided, we eventually went another direction. Although we did not use their services, their professionalism saved us time and energy and duplication of effort.

Description of Work
Gave an estimate on radon remediation.

I first tested two individual tests in two 48 hours tests in two of our basement bedrooms, the tests were sent to a lab in Texas. The results were quite high, one was 8.9 pCi/L the other was 7.2 pCi/L this was pretty concerning to me as there were bedrooms. I contacted Bill Shampine with Radon Squad, he stated that he could install a system that would dramatically reduce the radon level. Bill came over and installed a system that is underneath my stairs and goes to a fan that is out in the garage and through the roof, subsequent testing has resulted in readings 0.1-0.6 pCi/L in the basement. Bill explained how the system works and provided me with his follow up information to contact him. I was impressed with the service, system, and friendly straightforward approach from Radon Squad owner Bill Shampine. Only thing I wish I would have done sooner was test for this and get this fixed.

Description of Work
Radon Squad owner Bill Shampine installed a Radon mitigation system in my house, the system starts under my stairs and goes into and out of the roof of the garage. The system has reduced my radon levels from 7.2-8.9 pCi/L to 0.1-0.6 pCi/L I was impressed.

A1 Radon Services, LLC is nationally certified with National Radon Proficiency Program (NRPP) and listed with the Minnesota Department of Health. Located in Eden Prairie, MN, we are fully committed to solving elevated radon problems throughout the Twin Cities metro and surrounding areas. We specialize in difficult to mitigate as well as standard radon mitigation systems for your living and working environment. We are fully confident you will not find a more efficient, committed and effective radon mitigation company to solve your radon problems at a fair cost.  …

We are certified radon specialists in Minnesota with a background in Geology and Business, 7 years of experience in the industry and over 3,000 homes successfully mitigated. Our main values are honesty, integrity, and professionalism. We seek to bring top quality workmanship and raise the standard for mitigating radon.  …

We have installed radon mitigation systems in thousands homes, apartments and commercial buildings in the Twin Cities metro area. We are an E.P.A. trained, NRPP certified mitigation contractor. Call today for a free quote or fill out our online form at RadonStoppers.com.  …

. Radon Squad, a leader in radon reduction services, specializes in the design and installation of high quality, effective radon reduction systems. We offer “one-stop shopping” for all of your radon testing and reduction needs.

Radon Squad Inc is currently rated 4.8 overall out of 5.

No, Radon Squad Inc does not offer eco-friendly accreditations.

No, Radon Squad Inc does not offer a senior discount.

No, Radon Squad Inc does not offer warranties.

Radon Squad Inc offers the following services: . Radon Squad, a leader in radon reduction services, specializes in the design and installation of high quality, effective radon reduction systems. We offer “one-stop shopping” for all of your radon testing and reduction needs.