How to Determine Which Bugs Are Biting You in Your Yard 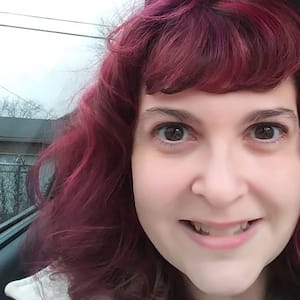 You can get bug bites and stings from any number of insect species, including fleas, mosquitos, or ants

If you’re used to bugs feasting on you in your own backyard, you know how frustrating it can be. Often, you won’t see which bugs are biting you, so recognizing the bite mark left behind gives you vital clues. These pests are especially important to identify if you have skin irritations or allergic reactions.

Here is a rundown of culprits and symptoms that may look familiar if pests frequently join in on your picnics.

If you’re scratching your head (and arm!) at a new bite, it could be the result of a few different backyard creepy-crawlies.

These bites usually occur below the waist and under clothing such as socks or undergarments, behind the knees, or in armpits. Chiggers are a type of mite found on blades of grass and low-growing plants and are almost impossible to spot with the naked eye.

These pests attach themselves to people and can cause a bite resembling a mosquito bite, but the bites will be in clusters. You will see red skin with bumps, blisters, or a hive-like rash. The bumps often have a bright red center from where the bug’s saliva liquefied the skin.

Fleas are another possibility, especially if domestic animals or wildlife, like deer, are nearby. Fleas, like chiggers, thrive in hot, dry weather. They also attack the same areas as chiggers. Flea bites are usually found in groups of red circles around red spots or as a rash of small, red bumps. Flea bite rashes turn white when you press them, and they may also bleed.

Mosquitos are the most common backyard biters. The spot will be swollen, roundish, red with a dot in the center, and super itchy. They can be hard or even appear as small blisters. The bump usually appears soon after they bite you.

Tick bites are easy to identify because the tick will usually still be attached. If it’s dropped off already, you might have a dime-sized red spot or a rash with itching and burning. Make sure the head is gone, as sometimes it breaks off from the rest of the tick. Most bites are asymptomatic, but tick bites can be dangerous, as ticks carry Lyme disease.

Spider bites are hard to pin down because there are hundreds of species, and most of their bites mimic those of other biters: swelling, red welts, skin damage, itching, and rashes. Remember that most spiders are harmless, and their bites are less damaging than a wasp’s sting.

Fire ants usually sting and bite you. These marks can itch and even burn right after you experience them. They’re usually round, become filled with pus, and since ants often travel in packs, you’ll usually be dealing with a cluster of stings at once. Welts will also appear quickly after they attack you—usually around 20 minutes—but you may see these followed by blisters in a day or so.

Most fire ant stings are relatively mild (if not a little painful), but be sure to look out for signs of an allergic reaction.

What Just Stung Me?

You’ll know when you’ve been stung by an insect because you’ll experience a sharp, instantaneous pain. A bee or wasp sting causes a swollen, red welt and a small white spot. Because honey bees leave their stingers behind, they die shortly after stinging, but wasps survive to sting again.

What Can Relieve My Symptoms?

Once bitten or stung, the results can last for days. Relief from itchy bug bites can be found in a treatment that counteracts the histamine response to the bite, minimizing the itching and soothing the irritated area.

Try an over-the-counter, non-sedating antihistamine. Topical treatments include steroids such as hydrocortisone cream, analgesics such as Benadryl, anesthetics such as Lidocaine, and moisturizers such as aloe vera and oatmeal. If your symptoms don’t improve or get worse, it’s time to call the doctor.

If you see a bee stinger on the surface of the affected area, quickly remove it using tweezers. All stingers should be washed thoroughly and cleaned with antiseptic. Use a cold pack and over-the-counter remedies such as antihistamines and non-steroidal anti-inflammatories for pain. You will need a booster tetanus shot within a few days after a wasp sting if you aren’t up to date.

How Can I Work in My Yard and Avoid Getting Bug Bites?

Preventing bites and stings is a goal for many who want to enjoy time in their backyard without an unpleasant surprise. Many bugs are least active right before dawn, however, mosquitos are most common at dawn and dusk, while they are less likely to bite in the afternoon.

A light coating of bug repellent is sufficient, particularly if you want to prevent mosquito bites. If you’re using sunscreen, apply it before the bug spray. Don’t bother with applying bug spray under clothing. Just hit exposed skin and your clothes. Avoid insect repellent wristbands, as they’re ineffective.

Unfortunately, repellents aren’t effective against spiders and stingers such as bees, wasps, and hornets. For these, try plants that can keep away insects naturally.