The Risks and Rewards of DIY Home Improvement 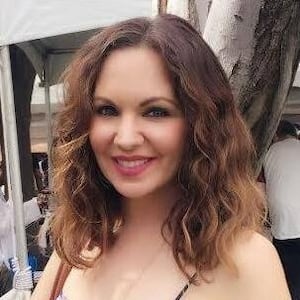 Angi surveyed 1,000 U.S. homeowners on the DIY home improvements they made during the pandemic, how much they spent, and their successes and failures

Zoom parties. Sourdough starters. DIY projects. The COVID-19 pandemic inspired Americans to get creative with their newfound free time, with some turning to video happy hours and bread-baking to keep them occupied. But countless others took on DIY home improvement projects like painting, flooring, and landscaping to stay busy and spruce up their spaces.

In fact, 81% of homeowners took on a DIY project, with nearly half doing four or more—with varying degrees of success. These DIY statistics shed light on the risks and rewards of DIY home improvement and when homeowners chose to hire a pro instead.

Why Homeowners Chose to DIY During the Pandemic

From sheer boredom to financial savings, homeowners were DIY motivated during the pandemic for various reasons.

Americans Had Future Sale Value on Their Minds

When home transformed into the office, classroom, and local happy hour spot, Americans invested in improvements that provided both short- and long-term benefits.

Home Interior Projects Got the Most DIY Traction

Whether they were building a shed or cleaning gutters—or both—homeowners weren’t afraid to take on projects with varying complexity.

Despite the many successes, some homeowners found that even the best-laid DIY plans often go awry.

The following statistics reveal the most common minor DIY mistakes and injuries homeowners experienced during their pandemic projects, from spilling paint to unruly pets.

“People tend to overestimate how extensive their knowledge is about many topics, especially home improvement, which can lead to unfinished projects or damaged property,” says Chris Alexakis, certified building contractor, design expert, and co-founder of Cabinet Select. “When it comes to any type of home project, egos are better left aside.”

While we all hope for the best when DIYing, some pandemic projects literally went up in smoke.

These statistics show the most common major DIY mistakes and injuries homeowners experienced during the pandemic:

“When you're about to face a home renovation project, safety should be one of your utmost concerns,” says Alexakis. “Never fiddle with electric devices, hard chemicals, or gas lines without professional supervision.”

Home improvement projects aren’t always as easy as YouTube makes them look, leading some homeowners to call in the pros. Nearly 85% of those who hired a pro said their pandemic projects turned out as expected or better.

Whether homeowners weren’t confident in their skills or simply wanted to save time, here’s why they decided to hire a local contractor for their pandemic projects instead:

While those surveyed weren’t afraid to try their hand at everything from landscaping to remodels, the majority of respondents relied on a mix of hiring and DIY than either one alone.

Of those surveyed, DIY projects were popular among both men and women. However, their reasons for taking on these projects differed, along with the mistakes they were willing to admit.

The pandemic might have inspired homeowners to take on projects they wouldn’t have otherwise, but will they continue now that the world has opened back up? Some respondents are already planning more DIY projects, while others no longer have the time.

DIY doesn’t have to be an all-or-nothing approach. A mix of hiring and DIY can provide homeowners with a creative outlet and professional results.

If you’re looking for help with your next project, it’s easy to find pros near you on the Angi app. Download it in the app store or get it on Google Play.