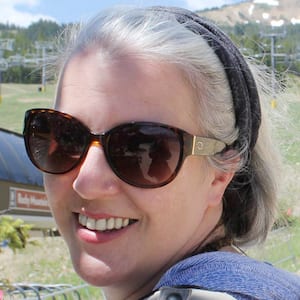 Though wasps are valuable pollinators, they aren’t the friendliest insect, and having them take up residence near your home can really be a pain … literally. It might be tempting to grab a can of wasp spray and defend your territory from these aerial invaders, but dealing with wasp nests is best left to professional bug control exterminators in your area. Learn why professional wasp removal is advised.

5 Reasons You Should Opt for Professional Wasp Removal

It can be frustrating and frightening to have a colony of wasps in your outdoor space but there are several reasons to leave removal to professional exterminators. Professional wasp removal is an affordable cost and much safer option than DIY eradication.

Wasps can be aggressive and intimidating, posing a significant risk if you aren’t protected. One mistake in wasp nest removal could leave you open to painful stings. Unlike their more laidback, docile honey bee cousins, wasps can sting multiple times and won't hesitate to inflict as much damage as possible to anyone seen as a threat.

When a wasp feels threatened, it releases a pheromone to alert other wasps from the same colony. Even if you only see one wasp hanging around the nest, you run the risk of being swarmed and stung multiple times by multiple wasps. Occasionally, multiple stings can land you in the hospital even if you aren’t allergic. 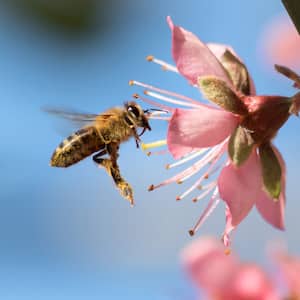 Stop and smell the roses—in a garden buzzing with bees

If you are allergic or you have a family history of bee and wasp allergies, you should not attempt to spray a wasp nest. Even if you’ve been stung previously and not reacted, allergies can worsen over time, so you may not realize you’ve developed an allergy to wasp venom.

In worst cases, wasp allergies can cause anaphylaxis, a severe allergic reaction that can cause hospitalization or death if left untreated. If you’re unsure of your allergic status, it’s better to err on the side of caution and call a professional exterminator to deal with your wasp problem.

3. You May Not Remove the Whole Colony

If you do not completely eradicate all members of a wasp nest, they will return. The residual effects of wasp spray might kill them over the next day or two, but if you didn’t spray the nest well, you’ll have a bunch of angry wasps who do hold a grudge.

A professional exterminator is better equipped to completely eradicate a wasp nest. The chemicals they use are not available to the retail-buying public and are more powerful than anything you can purchase at a home improvement store. 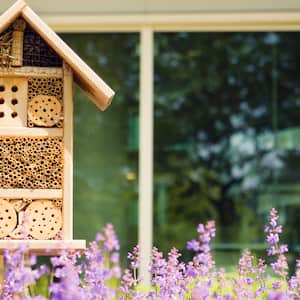 What’s the Buzz? Learn to Identify Different Types of Bees in Your Garden

Find out the types of bees worth buzzing about

Even if you don long sleeves and pants, wasps can still sting you. Professional exterminators have special protective gear, including masks and goggles, that protect them from the wrath of angry wasps and greatly decrease their chances of being stung. That’s why professional wasp removal is best for this project.

Wasps can be tricky when it comes to where they build their nests. Underground nests or nests high in the trees are not uncommon. And occasionally they will even squat inside structures or invade your walls and crawl spaces.

Since getting away from the nest is vital after it’s been sprayed, attempting to remove wasps in any of these inaccessible locations will likely leave you with painful stings. Never attempt to use a ladder when eradicating a wasps nest. The risk of a fall is high and could leave you with more than wasp stings.