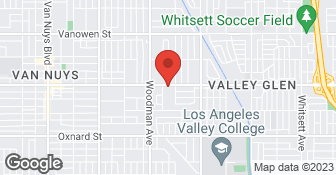 J. R. Rain Gutters is Los Angeles’ premier provider of top-quality rain gutters. Our Rain Gutters efficiently protect the building’s foundation as it channels the water far away from the base. J. R. Rain Gutters is located in Los Angeles, CA. We are your one-stop solution for high quality, custom built rain gutters. Our specialized and skilled professional staff will ensure a top-notch installation ensuring no damage to your property. Our clients’ trust and thousands of successful installations over the years have helped us perfect the process and make it as stress-free as possible for you, the home owner. If you have a rain gutter to install - think J. R. Rain Gutters....

Home Renew 360 is your complete home improvement company. We offer many remodeling services that will help you and your family create the home of your dreams in an efficient, sustainable, healthy manner. Our company has over 30 years of combined experience providing exemplary service to home owners in the greater Southern California area. Home Renew 360 has the expertise and experience to apply our craftsmanship to any size remodeling project. Our goal is to make sure the job is done right and on time.  …

HP Roofing Pro specializes in flat roof replacement and installing composition shingles. We are a certified GAF installer for their products. We have a roofing solution that can accommodate any budget. Contact us for a free roof consultation.  …

Preferred Remodeling and Development is a Los Angeles based company that provides roofing services with a commitment to delivering excellent products and exceptional services to our customers. PRD has been serving Southern California for over 25 years. We provide our customers with superior quality roof systems through the use of skilled workers, professional project management, and fair business practices. PRD stands behind every project with pride and integrity. We treat our staff, customers, and suppliers with mutual respect and sensitivity recognizing the importance of safety. Our goal is to build lasting relationships, striving for complete customer satisfaction of all projects we undertake. We provide the strongest workmanship warranty in the industry. When you put your trust in us, you can be confident that you will have a roof that is installed by some of the most experienced and skilled professionals.  …

Was over 1/2 hour late (without calling) to provide the estimate. Perhaps he forgot and when I called to ask if he was coming, that reminded him? Estimated at 200 and when I said I was going to get other quotes, he dropped it to 150. Garden hose was used to "blast" out leaves which left leaves, dirt and debris underneath the eaves on a fairly new paint job. Not happy about that, but would have preferred the gunk to be picked out from the top like a previous cleaner did. I think customers should be told how cleaning is to be done. One week later, rain water was coming down directly in front of the front door which was one of 2 areas I needed cleaned. I left a phone message, asking for this to be made right. No return call, so I called back. Was told that "if we find anything in there, it's another 150." Nice enough guy, but not tremendously professional. Probably won't hire again. Leaving date of service off. As for pricing, I think that's horrendous for about 40-50 feet of dirty gutters, but still cheaper than others I called. One wanted 300 "that's our price" when I said it was a small house.

Description of Work
Cleaning of approx. 40 ft. of gutters

It started off a bit rocky but they ended up doing a really good job. I would recommend them again but just be aware they’re scheduling is a bit difficult.

I WOULD NOT RECOMMEND THIS PERSON. The estimator came by to give a quote and was all well and good. When it came to scheduling they told me I had to wait 2 weeks until they had a time and they scheduled me in the morning. They date arrived and when I texted him when I should expect him he told me a totally different time than we scheduled. I took off work so that I could be available. This person is highly unprofessional and unresponsive to my texts and calls. HIGHLY UNPROFESSIONAL!

Description of Work
Our gutters needed to be cleaned and adjusted.

I am delighted to give an excellent review of Oscar and his team at J.R. Rain Gutters. From the estimate meeting to the completion of the job, they were on time, as promised, professional and very thorough. The job itself wasn't completely straightforward, but Oscar came up with some innovations that will assist in mitigating water away from my home. Even though it hasn't rained yet, it's already helped with redirecting some condensation from my roof! Thank you so much! Los Angeles needs more home contractors of this caliber.

They did an excellent job, and we are very happy with the new rain gutters that they installed. Adrian and Oscar were professional and very pleasant to deal with.

Went very well. I'm pleased with the level of knowledge and quality of the work done.

Description of Work
Needed my gutters cleaned, a new down spout added, and some minor repairs.

Thank you for the kind words. We're happy you liked the work. Let us know if there is anything you ever need moving forward!
5.0

Excellent - highly recommend for family and friends. Professional, on time, neat, pointed out possible issues with the roof.

Description of Work
Repair of gutters and adding cover screens. Also cleaned out all gutters

Thank you for the feedback. We strive to be the best. Let us know if we can ever help again
5.0

I was extremely pleased with the service provided by JR Rain Gutters. I contacted Oscar to make an appointment regarding gutter installation for my garage, he visited the site the next day, a very kind and professional young man, he gave me a fair price for installation; moreover, he volunteered to fix a damaged spout attached to my house. I decided to work with him instantly and was very pleased with the outcome. The quality of Oscar's & Adrian's work and service was extremely satisfactory. If you rate responsiveness highly, you will be very pleased with JR Rain Gutters. I highly recommend them.

Thank you so much for the feedback. We appreciate you and the opportunity to work for you
1.0

They never responded to my request.

We apologize. We were having some issues with our messages being received. Let us know if there is ever anything we can do for you moving forward to make it up to you
5.0

Excellent service! Adrian came over per our scheduled meeting date to give us a quote. He was very professional, knowledgeable, and presented us with a very fair quote. We scheduled an installation date and the crew arrived on time and did the job perfectly. Would not hesitate to use again or recommend to anyone! Best price and quality service!

Description of Work
Removal of existing rain gutters that were damaged--to be replaced with new rain gutters for a two-story house.

We appreciate you and the kind words! Let us know if there is ever anything we can do moving forward.