What Is a Circuit Breaker Box and Why It Matters 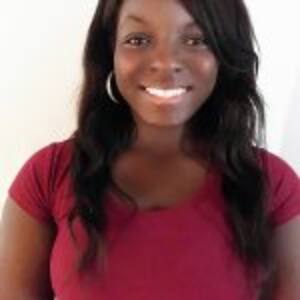 Circuit breaker boxes are one of the most unexciting electrical necessities you have in your home. But while they’re not the talk of the town, the key role they play in ensuring you have electricity and are safe makes them worthy of respect. Below, we’ll cover what it is, what’s inside it, common problems, code requirements, and what it’ll cost to replace one.

What Is a Circuit Breaker Box?

A circuit breaker box, also known as an electrical panel, is like a distribution point for all the electricity in your home. It takes the electricity from your electrical company’s utility lines and safely distributes it to all your appliances, lighting, outlets, etc., that need it through circuits.

The different components of a circuit breaker box can be overwhelming when you’re not sure what you’re looking at. So, let’s dive into each one below.

The rows of switches that take up most of an electrical panel’s interior are known as circuit breakers. Each one provides power to its designated breaker that you can quickly identify if properly labeled.

Each circuit breaker has its own job in ensuring your home’s electricity flows smoothly.  A single-pole breaker is a single switch that can handle 120 volts and either 15 or 20 amps. Its purpose is to provide power to items that require low amperage to work.

While a double pole breaker uses two switches that handle 240 volts with amps rating up to 125, it powers more oversized household items such as air conditioners and stoves.

The hot bus bars connect to thick—usually black—service wires and are how the electricity from your street’s utility lines reaches your electrical panel. And it’s how electricity flows from the main to the circuit breakers.

The neutral bus bars connect to the—usually white—neutral wire and return electricity to the circuit breaker after powering an appliance.

The grounding bar connects with the grounding copper wire so that electricity can travel into the ground if and when problems arise.

These empty slots allow a licensed electrician to add additional breakers if you need more electrical power to your home.

These are only some of the most common code requirements for circuit breakers. For a proper installation of a new or replacement panel, you’ll need to adhere to local code requirements. Your local electrician can also advise on any additional changes to ensure you’re up to code. 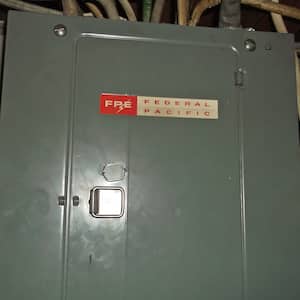 There’s no one-size-fits-all electrical panel; here are the different types below and what they’re best suited for:

Main breaker panels, as implied, have main breakers built into them that allow you to shut off all the electricity in your home. These breaker panels can be installed indoors within 10 feet of the meter and feeder cable.

These circuit breaker boxes don’t have a main breaker; they use electrical lugs that line wires run to and require a separate disconnect outside the house. They’re mainly used as an add-on panel when all the circuit breakers in the main breaker panel are used.

Sub-panels are small electrical panels with separate circuit breakers that provide electricity to a specific part of a house or building outside the house but on your property.

These are also sub-panels that convert a portable generator’s power into electrical power through the electrical panel. These breaker boxes are commonly found in areas where power outages occur frequently.

Transfer switches can be connected directly to the breaker box for an automatic transfer from your primary source of electricity to your alternative one.

Fuse boxes use fuses to control the current to each circuit breaker. And when there’s an electrical overload, the filament located inside the fuse will melt to protect the wires in your home and prevent house fires.

Circuit breaker boxes use internal switches to protect your home. It automatically switches off when dangerous levels of electrical current try to pass through to your electrical system.

The key difference between the two is convenience and usability. With fuse boxes, once a fuse melts, you need to replace it with a new one with the correct voltage, or you risk sending too much electricity to your home wires which can cause a fire. On the other hand, circuit breakers can be reused and only need to be switched on to function properly.

Here are some of the most common breaker box issues that homeowners face:

When your electrical wires are miswired, your electronics can start functioning irregularly by not turning on and off properly, even when the switch is in the off position.

Miswiring can also lead to electric shock and fire hazards. While it’s not deadly, it’s also not a pleasant experience.

Other signs of miswiring include:

Short circuits are when a hot wire touches a separate hot or neutral wire. This leads to the electrical current diverging from its original course, which results in extremely high current flows.

It can be caused by faulty wiring inside the walls or in an outlet. Short circuits can be hazardous, and if you notice any strange smells or brown or black staining near outlets, you should contact an electrician immediately.

The most frequent reason for a tripped breaker is an electric overload. This happens when there are too many electronics connected at once. When a circuit is overloaded, it will trip the breaker to protect your electrical system.

If you experience some of these issues, the safest option is to contact an emergency electrician in your area.

You might need to replace a circuit breaker box if they don’t produce enough electricity for your home’s needs, are outdated, or you plan on adding new additions to your home. The cost to replace one is $500 to $1,800 per box, with factors such as labor costs, amperage, electrical panel type, location, and labor costs all influencing its final price.

Of course, you’ll need to contact an electrician near you to get a customized quote catered to your needs.