If you’ve ever started on a home improvement project and encountered someone else’s DIY fix that would have been better left for a pro, you might have noticed they cut a corner here and there. Unfortunately, shoddy work isn’t uncommon—particularly in older homes that might require a higher skill level and more money in material costs. Still, whether you’re new to home renovation or a seasoned pro, you can fix a bad DIY project you inherited from previous homeowners before it’s too late.

There’s nothing worse than discovering (three years later) that you’ve had a leaky faucet or small drip in the plumbing beneath your sink. The rot and mold from just one drop of water per day can devastate your home if left unattended and is often a result of a half effort to get it right by the last homeowner.

Check out the drainage joints underneath your sink. It's easy to overlook the drainage joints that feed into your home's sewer because they usually don't leak unless water runs through them; therefore, joints are not monitored as closely during assembly. Additionally, it’s important that you put a little extra crank on the nut and place a dry paper towel beneath it for a few minutes to check for a 100% watertight seal on the supply lines to eliminate these as culprits for expensive repairs. If the leak looks really bad, call a local plumber to come take a look.

Some simple DIY projects like preventing blocked drains and fixing a weakly flushing toilet are plumbing projects to tackle when you have some spare time. 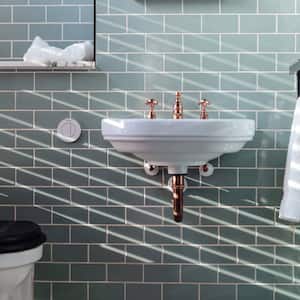 The bathroom is the wettest room in your home, and an inexperienced DIYer (or fly-by-night contractor) can be a recipe for disaster. Shower surrounds, in particular, are notorious failure points and very expensive to repair. Building codes require a complete watertight seal that extends up the wall, and if that pan liner isn’t installed correctly, water can seep through the grout and mortar, ruining the wood support structures beneath.

Unfortunately, if you run into this situation and water gets underneath your tiling, you’ll need to tear everything out and start from scratch. The only way to fix an incorrectly installed shower is by redoing the job right. A tile company will be able to remedy the problem if you’re ready to call in professional help.

Roofing projects require a high skill level, particularly when repairing wind or hail damage. Home remodel projects that involve roofing materials like weatherproof caulk or consumer-grade tar are often failure points of bad DIY work. If you nail a fresh piece of asphalt roofing in the wrong spot, for example, you’ll create a funnel for water down the nail into your attic and wreak all kinds of havoc on insulation, ceiling joists, and sheetrock.

Common signs to look for in bad roofing jobs include a non-linear or sagging roofline, missing tiles, and water spots on your ceiling. A roofer will be able to help you with any serious repairs you can’t handle on your own. 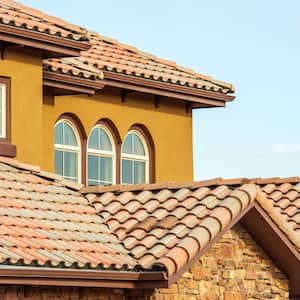 Wooden decks need regular maintenance by cleaning and recoating the paint or the clear sealers that cover up the vulnerable, underlying wood. Structural support boards and the deck will likely start to sag over time if these projects are neglected. There are numerous ways a repair can go wrong, and if you're seeing a sagging deck, you will likely find a bad DIY project lingering beneath the surface once you start tearing it all up.

ther key signs of bad work are rusting nails and bubbling paint. It's a common DIY mistake to use untreated interior fasteners, which can be vulnerable to weather and rust. It’s also easy to mess up by painting the deck wood before it’s fully cured, which is almost a guarantee that the paint will fail once the seasons start to flex that moisture trapped in the wood.

Stripping the wood and recoating it with a weatherproof primer and a coat or two of paint and stain often will fix a wooden deck. However, if the joists beneath the deck boards are rotting, it’s time to call in a professional deck builder to make necessary structural repairs.

Wire shelving with its plastic connectors and powder-coated finishes may seem like a good idea for a rack of heavy coats and your ROYGBIV-organized clothing. But that home organization dream can quickly turn into a nightmare and an avalanche of clothes if the shelving isn’t secure.

A proper installation requires the mounting brackets to be installed directly into a stud because of the amount of weight that the shelves will hold. Without the anchoring support of the stud, the shelves will yank out from the sheetrock and leave a gaping, powdery hole as soon as you’ve loaded up your closet with clothing. If that's your reality, you'll want to consider removing the wire shelves and starting from scratch—or find a local closet builder for designing something custom. If you’d prefer to DIY this project—and there are available studs in the wall—you’ll want to repair the drywall before you re-hang shelves. 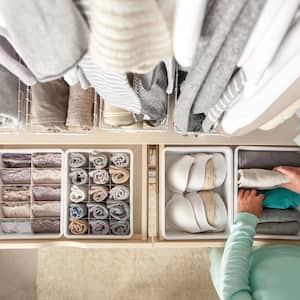 Penetrating a roof, which involves breaking the cohesive seal created when the roof was originally installed, is risky business. This action can expose your home to leakage. Properly sealing a skylight enclosure requires metal flashing and a careful feathering of new material into the existing roofing and is often where a previous handy homeowner made a shortcut or two, resulting in a failure.

If you’re handy yourself, you can try your hand at installing a skylight. Don’t feel confident tackling such a big project? A local contractor or roofer can handle the task for you. 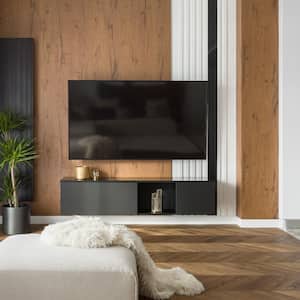 How To Hide Electrical Cords, Wires, and Cables in Your Home

One of the most hazardously bad DIY projects is electrical wiring gone wrong. From knowing proper shut-off protocols, tracing live power flow, and burying a wire behind a layer of insulation and wood, DIY electrical wiring is fraught with the potential for error and can be extremely dangerous.

The most common mistake is overloading a circuit with too many plug outlets or lights, which will trigger a breaker if too much load is applied. Another grievous problem is when an old house is rewired without connecting properly. With the third hole being the ground wire, a three-prong socket cannot simply be dropped into an older, two-prong socket opening. If it’s not properly grounded by driving a grounding rod six feet down and running new copper wire to the outlet, it’s just window dressing and isn’t safe from power surges or shock hazards.

Electrical wiring is one of those home renovation tasks that’s best left for a professional electrician.