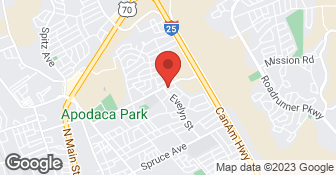 We guarantee your satisfaction and we won’t leave until the job is done right. We pride ourselves on the quality work we provide, while delivering great customer service! Check out our services offered and call or click to schedule an estimate today!

Hello. Here at Grijalva Scapes & Repairs. We take pride in the Satisfaction of keeping all customers 100% happy. If you have any windows or doors that need a little TLC pleas give us a call or a message. We will be happy to get the job done have over 12+ years experience. we also do all other types of sevices landscape handyman etc jack of all trades...

Weather you need a complete landscape installation, turf, or general maintenance care for your lawn or business, we have a team of professionals to get it done right down to every detail and for over 25 years of serving Texas and New Mexico area we have helped customers maintain a healthy lawn like nature intended and with a liability insurance policy that protects you, the home owner, you can have peace of mind while the work is getting done.

DESCRIPTION OF WORK
Noy adjusted/repaired our irrigation system. Plants all are looking good--water is being effectively used.

He completed to job on time and with quality work.  He has done several jobs for me at different properties. Sometimes it takes a few day for him to call me back, but his work is always quality.

DESCRIPTION OF WORK
Frank and crew cut down ALL of the bamboo along an irrigation ditch behind a rental house.  The City should have done this because it was it was encroaching on the property and destroying the back fence.  It took a couple of days to cut and move all the bamboo. After the bamboo was removed he rebuilt and repaired all the back and side fences.

Frank the owner is very punctual.  He provided an estimate and began work immediately.  He arrived on time.  He finished the work in the time frame he promised.  The results were outstanding.

DESCRIPTION OF WORK
Total landscaping of large lot both front and back yards.  Removed debris added cactus,  large boulders and gravel to create an attractive landscape.

I had been debating whether or not to leave feedback for these people because, well…its not going to be good. I decided to go ahead and do so once I received an email from Angieslist.com asking me to leave feedback. I don't know what the heck it is about Las Cruces but, people here do NOT want to work, including these guys! When I first called, I got a woman on the other line who got a bit snappy ...

DESCRIPTION OF WORK
I called them to give me an estimate on maintenance work on my property. There was a lot of work that needed to be done and I was calling around and getting different estimates here off of Angieslist.com.