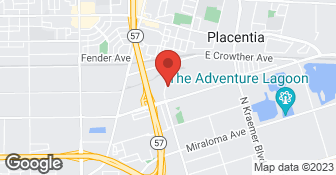 We were referred to ACI by our insurance company for reconstruction after a flood since they are a preferred contractor with USAA. No one (myself included) should expect the 7 day Extreme Home Makeover in these situations. However, from the beginning with Mark who handled the overview of damage/ cost and then Jason, who ran the job, my expectations were exceeded. They completed the job start to finish in about a month. We couldn't be happier with the communication, process and the end result. The crews that this company uses are amazing!! Special shout out to Eddie the plumber and to Luis and Jorge, the best drywall/ painters ever. Just incredible people! While we're glad to see you go :) we couldn't be happier you stopped by to fix our flood damage. Thank you so much!

ACI was amazing from start to finish. Our insurance assigned us to ACI, and Gio Romero was the manager in charge to take care of our possessions after fire damage to our apartment. He was responsive and helpful, quickly making room in his schedule to meet me and answer my questions. The day we set for ACI to come, Gio and his team were punctual, kind, professional, and efficient. After their job was done, more unexpected problems came up. ACI was not at fault, and they could have told us that their work was done and we were on our own. Instead, they came alongside and helped us through the long process that followed, giving of their time and resources without compensation. ACI went above and beyond for us in this stressful situation. We are forever grateful and highly recommend them.

ACI was the General Contractor selected by State Farm Insurance to repair the damage after two severe water leaks. They did a great job, promptly, and for a reasonable price. They even sent a crew of two workers to make sure all of the large mirrors, pictures, and other items were hung back on the wall when the job was complete. We are very happy with the outcome.

Our mission is to be the complete affordable source for all your maintenance & janitorial needs. We offer services 24 hours a day. We can customize our service programs to fit your needs! If you work to make other people successful then you will be successful as well.  …

We are a family run company and have been in business since 1978. We do high quality work add a moderate price. What we guarantee is the quality of our work. We are not happy unless you're happy. We generate 80% of our business from referrals either from past clients or other trade professionals. A business that generates repeat business and referrals is a sign that they provide quality service. We service all Orange and Los Angeles county areas. Additional email - info@rickjamisonpainting.com.  …

Atterholt Construction & Interiors Inc is currently rated 3.8 overall out of 5.

No, Atterholt Construction & Interiors Inc does not offer eco-friendly accreditations.

No, Atterholt Construction & Interiors Inc does not offer a senior discount.