Why You Need To Test GFCI Electrical Outlets Often

When was the last time you checked to see if your GFCI-protected outlets were actually doing their job? Never? It's time — and it's easy to do.

As a home inspector one of the most common safety concerns that I see nearly daily is that there are ground-fault circuit-interrupters, or GFCI outlets, that aren’t functioning.

When I say that they aren’t functioning, it’s not that the outlet doesn’t have power, it’s that it doesn’t trip off power when the test button is pushed.

A GFCI is probably the most significant life-saving device ever developed for protecting a person against serious injury or death caused by electrical shock. While breakers in your electrical panel protect the wiring, GFCI’s protect humans. 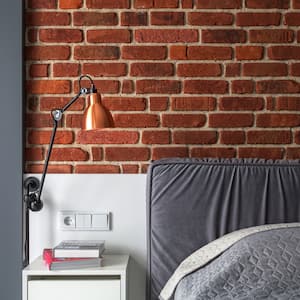 If your outlet is not working, there is a chance that you'll need a pro to fix it, but some troubleshooting would come in handy

Every GFCI ever manufactured states right on the front of it test monthly. This is a total surprise to the majority of my clients when I point this out to them. It seems as though few people have looked at the front of one of these devices closely enough to read that recommendation.

A normal household outlet is 15 or 20 amp. If 1/10 of an amp of electricity goes through the body for just 2 seconds, it’s enough to cause death. But if a GFCI detects 0.005 of an amp (plus or minus 1) not returning on the other half of the wave, the device immediately stops power to the outlet.

These devices originally started being required for exterior outlets in the early 1970s, and they’ve made an ongoing progression to many areas of the home, including bathrooms, garages, kitchen countertops and unfinished basements, to name a few. You’ll find them in locations where there’s the possibility of water and electrical shock occurring.

A GFCI protects everything downstream from itself. Just because you see a normal looking outlet at one location, that doesn’t mean that it isn’t GFCI protected by another outlet elsewhere. For example, you may only see this device in one bathroom, but it could also be protecting outlets in other locations.

When does a GFCI need to be replaced?

To test a GFCI protected outlet, take a night light and plug it into the GFCI device, then push the test button.

The night light should instantly turn off. If the night light doesn’t go off, or you can’t get the test button to trip, then the GFCI device needs to be replaced.

Then, take the night light and check other bathrooms, garage areas or exterior locations because it may be protecting those areas as well.

All the GFCIs manufactured since mid-2015 must now also be self testing. This manufacturing change was implemented because such a large majority of the population don’t test these items. This is to supplement the manual testing talked about above, but it’s not a replacement.

These newer style GFCI devices cost approximately $30 each. It’s recommended that you only have a qualified electrician or contractor perform the installation of a GFCI device.

If the home you live in is was built more than 45 years ago and doesn’t have any of these life-saving devices present, it’s strongly recommended as an upgrade.

A home built after 1987 should have this protection already present at most currently required areas around the home, but now is the time to confirm that they are still working.

About this Experts Contributor: Steve McNamee is the owner of Homecheck Inspection Service in St. Louis. He is a certified inspector with the American Society of Home Inspectors and has performed approximately 7,000 home inspections over the last 18 years. Homecheck earned the Angi Super Service Award for home inspection in the St. Louis area in 2012, 2013 and 2014.

As of Dec. 6, 2015, this service provider was highly rated on Angi. Ratings are subject to change based on consumer feedback, so check Angi for the most up-to-date reviews. The views expressed by this author do not necessarily reflect those of Angi.