Do GFCI Outlets Work Without a Ground Wire?

When most people flick the switch on in their kitchen or plug in holiday lights outside, they expect immediate light. But if your home is ungrounded and lacks GFCI outlets, your wants may be clouded by a fear of electrical shock. Here’s what you need to know about GFCI outlets and if they can keep you safe without a ground wire.

What Is a GFCI Outlet?

A ground fault circuit interrupter (GFCI) is a circuit breaker designed to prevent electrical faults in and around your home. GFCI outlets work by monitoring how much electrical current flows to and from your electrical appliances and products. If the GFCI monitoring system detects a difference between the current that exceeds five milliamperes, it will trip the power, potentially saving you from electrocution.

In short, if you’re the nearest pathway to the ground, it will shock you. That’s where GFCI outlets come in to interfere with that possibility, helping to keep you safe.

You can identify an ungrounded outlet by its two-prong design, and you’ll usually find them in older homes. These outlets don’t have a grounding path to allow electrical surges to travel down to the ground rather than your devices or body. As such, they’re not nearly as safe as a grounded outlet.

The only ways to know if a three-prong outlet is grounded are to use a receptacle testing device or have a local licensed electrician take a look at the receptor to see if it has three wires.

Can a GFCI Outlet Be Installed Without a Ground Wire?

Another problem with installing a GFCI outlet without a ground wire is that a plug-in tester on the GFCI outlet won’t work, even if pressing the actual test button on the receptacle does. This can be confusing, but if the receptacle trips via the built-in tester, this indicates that it works.

You also have to label the face of all ungrounded GFCI receptacles with “No Equipment Ground” and “GFCI Protected” stickers, which either come included in the GFCI packaging or purchased at a hardware store.

Does Replacing Ungrounded Outlets with GFCI Outlets Make Them Grounded and Safe?

Just because you replace an underground outlet with a GFIC outlet doesn’t mean it’s grounded. However, you can replace ungrounded outlets with GFCI outlets, and it does make the outlet safer than if you didn’t have one installed.

So, if you’re concerned about the safety of electrical outlets in your home—especially ones within six feet of water sources—it’s a good idea to install GFCI outlets.

Identifying GFCI Outlets in the Home

GFCI outlets are extremely important for keeping you and your family safe from electrical shocks, but they can be hard to spot. Here’s how you can identify GFCI outlets:

Circuits with a push test button indicate that all outlets within that circuit breaker have GFCIs installed.

Those test buttons aren’t just for show—though it’s very easy to ignore them as we go about our daily routines! Though GFCI outlets have a lifespan of around 15 years, they can and sometimes do stop functioning well before then. So, once you’ve identified all of the outlets in your home, it’s a good idea to check them every month to make sure they still work.

Where to Install GFCI Outlets

Knowing where to install different types of GFCI outlets can be lifesaving. GFCI outlets are best installed in places susceptible to electrocution, such as:

However, these outlets aren’t just limited to areas of the house that pose the most safety risks. You can install GFCI outlets in most outlets in your home if you’re concerned about electrocution. A general rule of thumb is that any outlets within a six-foot radius of a water source should have one of these outlets installed.

In fact, the National Electrical Code (NEC) requires these locations—and anywhere else that is prone to dampness—to have GFCI outlets installed. This is an update from previous regulations, which had finished basements exempt from needing GFCI outlets; now, all basements require GFCI outlets. 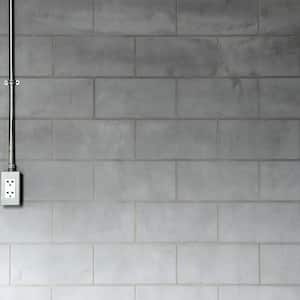 How Much Does It Cost to Install an Outlet in an Unfinished Basement?

How Much Does It Cost to Install GFCI Outlets?

Can You DIY a GFCI Outlet Installation without a Ground Wire?

GFCIs are relatively easy to replace because they’re integrated into the actual outlet, but, as with any electrical project, there’s always a risk of getting shocked. If electrical safety isn’t your strong suit, it’s a good idea to call in a pro. This is especially true if you’re planning on installing the outlets without a ground wire.

GFCI outlets contain multiple wires that are not interchangeable, meaning you have to know which wire goes where and avoid connecting the ground terminal. Unless you’re an electrician, it can be tricky to tell the difference and label the wires accordingly. Doing it incorrectly can result in a code violation. 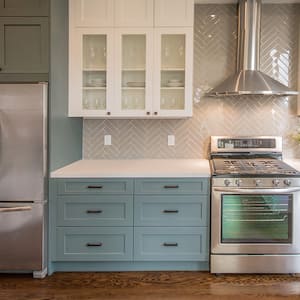 How Much Does It Cost to Replace Electrical Outlets Throughout Your Home?

Replacing all the electrical outlets in your home typically costs anywhere between $900 and $3,000

Calling in the GFCI Pros

To avoid potential electrocution and code violations, consider hiring a pro. An electrical company near you can install all of the GFCI outlets in your home, identify areas of your home where you might be legally required to have one installed, and conduct tests to ensure that the ones already installed in your home are functioning correctly.

This leads us to our last point—GFCI outlets can and do stop working over time, so it’s a good idea to have them checked regularly and replaced as needed.