Even burglars admit that security systems make them think twice

With readily available plug-and-play options, home security systems are more accessible than ever. While it’s natural to hope that even just hanging a sign from ADT, the most popular security system brand in the U.S., might be enough to deter crime, the data is mixed. Some research has shown that homes without a security system are 300% more likely to be burglarized, while others show just a modest decrease in crime.

Whether you hire a professional or go the DIY route, modern security cameras and alarm systems don’t have to be prohibitively expensive, so they may be worth it for the peace of mind. Here’s what you need to know. 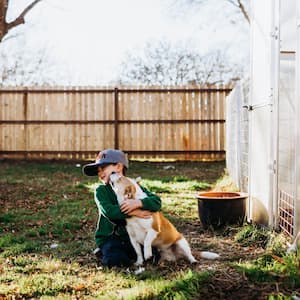 Try These 8 Tips to Boost Your Backyard’s Security

Because you and your home deserve protection

According to the most recent FBI data, larceny and theft accounted for more than 70% of property crimes. This involves things like pickpocketing, shoplifting, and bicycle theft. Only about 16% of crimes were burglary. In other words, most criminals aren’t breaking into people’s homes, which alarms and surveillance cameras aim to prevent.

Nonetheless, home security systems are still useful because most people aren’t home during a break-in. According to the Department of Justice, only 27.6% of burglaries happened when someone was home, and 65.1% of burglars knew the person they burglarized.

Research about whether or not security cameras deter crime is mixed—but there’s some solid evidence that they help. Multiple studies have linked the installation of security cameras with reduced burglary rates.

According to David Margulies, a spokesman for the Security Industry Alarm Coalition, a study by the Rutgers University School of Criminal Justice found that an increase in security alarm installation caused a decrease in burglaries over five years.

Though prominently placed security cameras may reduce crime, it’s hard to prove amidst historically declining crime rates. NBC News looked into Amazon’s claim that their Ring doorbell security camera reduced burglaries by more than 50%. They could only find evidence from law enforcement agencies, who largely believed that the cameras helped but couldn’t say how much. At the same time, most officers admitted that they caught very few criminals using Ring security footage. 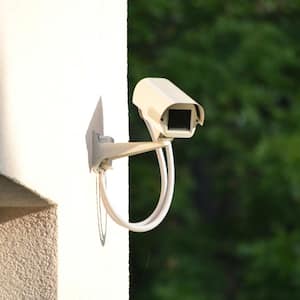 Are Security Cameras Worth It? Your Guide to At-Home Security

Both experts and actual burglars say alarm systems deter break-ins, mainly because most burglars are amateurs. In a University of North Carolina at Charlotte study that surveyed 422 convicted burglars, 83% of burglars admitted they check homes for alarms before breaking in. 60% of the burglars claimed an alarm would change their minds.

“The benefit of a security alarm comes more from deterring crime and limiting loss if a burglary does happen,” says Bill Nelson, owner of Nelson Alarm in Indianapolis.

Other Security Measures to Consider

The average alarm installation costs around $300, and monthly monitoring costs typically run between $15 and $60, depending on the features. You can pick up an inexpensive alarm system or surveillance camera for less than $200, but you should carefully vet your provider. Even if you aren’t ready to purchase a home security system, you can take alternative security measures. Some are simple enough to tackle over a weekend. 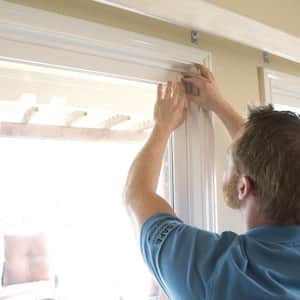 Be Alarmed by Some Shady Home Security Salesmen

Have a spare key under a flower pot or doormat? Most burglars know exactly where to look, but a smart lock—which uses a code, fingerprint, mobile app, or keypad instead of a traditional key—eliminates this risk.

If you were thinking about getting a dog anyway, a study published by U.K-based Co-op Insurance found that man’s best friend can help deter crime. Almost half of the burglars surveyed admitted that loud barking dogs keep them away.

Strengthen Your Doors and Windows

Most break-ins involve some sort of property damage, like smashing a window. An air conditioning window unit can be an easy point of entry. In the Co-op Insurance study, burglars revealed they avoided breaking into homes with heavy doors and UPVC windows. There are plenty of ways you can secure windows, like using locks and bars.

Since most break-ins happen when people aren’t home, looking like you’re home can help prevent burglaries. In the Co-op Insurance study, burglars admitted that they could be deterred by something as simple as leaving on a TV. Motion sensor lights may also help, and window treatments can make it harder for burglars to tell if someone is home.