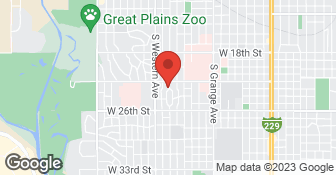 Great. They did a very good job and protected everything perfectly.

TNT provided absolutely outstanding service from the discussion of the job, the estimate, notification of arrival, to job completion. TNT had another job scheduled prior to ours and we had settled on a job start time of between 12:00 and 1:00 PM. Kurt, as previously promised, called 45 minutes prior to their anticipated arrival to give us a heads-up and they arrived within 30 minutes of the time we had originally, mutually agreed upon. TNT arrived with six personnel and excellent equipment including the trucks and a variety of dollies. The crew was efficient and worked as a team throughout the job. They moved two large items down a narrow staircase and were extremely diligent and careful to never touch the walls. They also had to move the majority of the boxes from the basement; which required navigating stairs and a long walkway. Kurt did an exceptional job of packing the trucks at the origination site and repacking items in the storage shed at the destination. The number of boxes we moved ended up exceeding the estimate of 150-200 packed boxes and they completed the job in less than four hours. In the end, even though we exceeded the box count on the estimate we agreed on a cost midway between what we had received as the low and high-range costs. I would highly recommend TNT for not only local packing and moving but for long haul moving as well. We were 100% satisfied.

Description of Work
Moving roughly between 150-200 customer-packed boxes plus several large heavy furniture items from our house to a temporary storage unit.

Bonded
Insured
All statements concerning insurance, licenses, and bonds are informational only, and are self-reported. Since insurance, licenses and bonds can expire and can be cancelled, homeowners should always check such information for themselves.To find more licensing information for your state, visit our Find Licensing Requirements page.
General Information
Free Estimates
Yes
Eco-Friendly Accreditations
No
Payment Options
American Express, Check, Discover, MasterCard, Visa
Warranties
No

TNT Furniture Movers is currently rated 5 overall out of 5.

No, TNT Furniture Movers does not offer eco-friendly accreditations.

No, TNT Furniture Movers does not offer warranties.