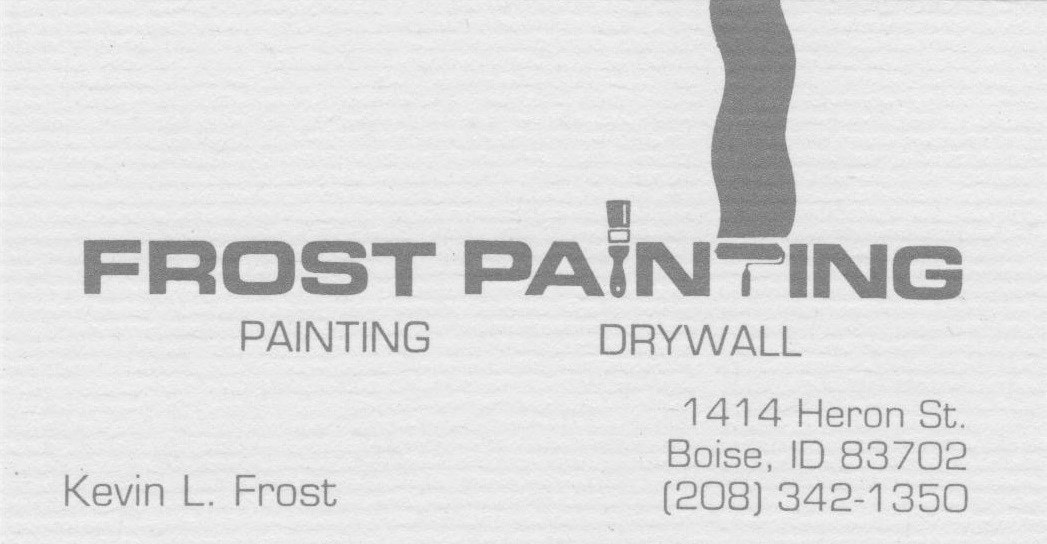 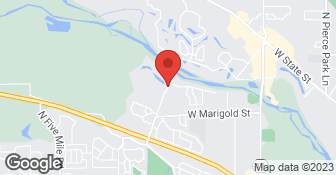 Great!! Kevin Frost was first to provide an estimate which was reasonable and complete. On the job he was thorough in prep, painting and finishing. No detail was too small and he did a walk around with us to ensure we were happy with the finished product. We had four colors used and detail work was required. He did it all over the course of 6 days and used quality Sherman Williams paint. I would highly recommed Frost Painting if you are planning on painting your house.

I am completely satisfied with my newly painted home. It looks so much better as it was in serious need of pressure washing and painting. Kevin is professional, personable and efficient. I am very happy I selected him for this job. He came timely to give me a bid and completed the work in record time. He addressed any concerns I had and did not leave until I was satisfied. I would definitely recommend him!

Kevin was incredible to work with, he was very responsive in providing a bid and the timing for the job. Based upon his feedback on what needed to be done and an honest approach, I hired him immediately. Once I had everything ready on my end, I called him up, gave him the colors and he was here. He pressure washed the house, then caulked the prepped the house for paint, then sprayed the house with two coats. The last two days were spent doing trim and wow did it look good. Nice thick, clean coat everywhere. Cant say enough... Craig Moore, Eagle, ID

Kevin did an excellent job of prepping and painting the exterior of our house.

Description of Work
Exterior of the house need new paint.

I called and left a message saying I wanted to get a bid to paint the exterior of my house. One week later no return call so I can't grade price or quality of work.

Kevin works alone and is a phenomenal worker. He is a perfectionist and very meticulous with his work. He takes great pride in his work and has a fantastic work ethic. Once he starts on your project, he stays with it until it is complete. You have to wait to have your work done by Kevin, because he works alone. I contacted him in July, 2016, and he couldn't start my job until toward the end of September. Believe me when I tell you that he is worth waiting for!!! Again, once he starts your job, he is there until it is complete, period!! I will use him for every painting job I need from now on.

Description of Work
We needed someone to paint the exterior of our home. Our home is quite large and tall which makes it a difficult task. The exterior consists of siding and has a covered patio that wraps around half of the house. There are natural wood pillars that hold up the patio cover. These wood pillars needed to be stained, the rest of the house painted. First he pressure washed our house, and patched where necessary. Next step was to tape off all the windows and rock on the outside of our home; this step took him a whole day in and of itself. After this, he painted the house with a primer paint that was necessary due to the type of siding we have. Once all this was done, he began painting.

I would highly recommend Kevin Frost. He worked solely at our residence from the beginning of the job until the end. As others have stated it is just him so there are no laborers to worry about or for a mix up in communication. He 100% honored the original bid of the job. While our paint job happened very quickly due to a delay in another job he in no way pressured us to rush and pick colors and worked with us to offer feedback and refine our colors. He did everything we asked and did it to a great standard. We received quotes from two other companies, one about the same price and the other well below his price (wanted to one coat our house, just ridiculous). Our job went as follows. 1st day pressure wash and let it sit overnight to dry. 2nd day caulking, sanding, and priming and hardware removal. 3rd day masking and completed two main body coats. 4th day completed large areas of accent color and all the front trim on our house. 5th day completed one coat of all trim and fascia boards and a large stucco entry foyer with a special paint his stucco guys highly recommend. 6th day completed second coat of all trim and replaced door seals by noon. Overall Kevin is just a nice person and the type of person I want doing work for me. I would 100% higher him again in a heartbeat to complete work for me no questions asked. I'm so certain I probably wouldn't even ask for quotes from other companies. FYI our house was built in 2007 not 1945 as shown on the listing.

Description of Work
Prepped and repainted the exterior our of 3200 sqft house with 2 coats of Sherwin Williams Super Paint.

Mr. Frost came out immediately after having my gutters torn down and siding replaced. He washed, scraped and caulked one afternoon, sprayed the primary color another afternoon, and did fascia, doors and touch ups the the next day. He was polite, easy to work with and showed up when he said he would. The quality of the job was good. My house was a foreclosure and it hadn't been painted in several years. It looks significantly better. Mr. Frost is a one man operation,so there are no workers or subcontractors for him to pass the buck. He does all the work. I would hire him again in a heartbeat. I bid this job out to two other painters and the bids were significantly higher. Other than brushing the entire house (some people feel strongly about this) I can't imagine what would justify the difference in price.

Description of Work
Painted exterior of 1400 SF home. Primarily one color with doors and fascia a different color. Replaced weather seals on doors.

I initially received a bid for our repaint last year and was added to Mr. Frost's wait list. I informed Mr. Frost, prior to his initiating the job, that we would not be able to use his services after all for financial reasons. He was understanding and said he would honor the bid in the spring. Months later, in the spring, I contacted Mr. Frost and told him we would be interested in using his services and he was willing to honor the previous bid. I did my best to reassure him that we should have the funds available this time. At one point in our communications he told me he could also replace siding trim for the cost of the board, then it was for $25, then when he came out to bid the siding trim replacement it was $75 to replace two boards and about the same if we wanted him to do anything else. From my perspective, the price seemed to keep changing. Mr. Frost told me he was seven to eight weeks out to do the repaint. This seemed to change to three to four weeks out sooner than time would indicate. During the waiting process, I spoke with a person I though was Mr. Frost's wife and I inquired about getting a bid to paint our deck and shade arbor and asked for references. When Mr. Frost attempted to enter our backyard to perform the estimate on the deck and shade arbor he was not able to access the backyard because of a board in the gate. After speaking to Mr. Frost about the deck and shade arbor, I agreed with him that the price for this work was most likely beyond what we were willing to pay. I also informed him that we would not need his siding services as I intended to hire my neighbor to help with this. I thought this would be good because I was sensing that perhaps Mr. Frost was getting burdened by my requests for services and bids and this would make it an easier job for him. He never got back to me about the references. I called him and spoke with him about the matter of the references and he indicated that he really only uses Angie's List for references and offered me a discount code for a cheaper subscription price. I indicated that I would like to actually talk to someone and that the reviews could be fabricated, though I wasn't saying that his were. He indicated that he would need permission from the people who he used as references in order to give one. I asked if he could just give me one reference and he indicated that he would talk to the people he was working with most recently. Later, after not receiving the reference from him, I called and told him in a message that we would still like to be placed on the waiting list and if he could get me that reference that would be great. Our next response from him was in a message that he was passing on our job. The repaint of our house is a pretty big deal to us. It is requiring us to invest a significant amount of money and I had a lot of questions for Mr. Frost. I felt like Mr. Frost was offering us a very good deal but still felt like I was entitled to ask him questions about his process, pricing and for a reference I could speak with over the phone. Almost all of Mr. Frost's Angie's List reviews are glowing but there was one that concerned me and the reference over the phone could have provided reassurance. I am not exactly sure why Mr. Frost declined take our job, however, I think it came down to the fact that I was too high maintenance of a customer. I was never totally comfortable with my arrangements with Mr. Frost and his unwillingness to provide a phone reference gave me the sense that he was hiding something. Also, I had many interactions with Mr. Frost but never one that was face to face. Having that face to face interaction with him could have really helped developed trust. In the end, I do not believe this worked out well for either party and I hope that Mr. Frost's reasons for electing not to provide a phone reference are legitimate.

Description of Work
Mr. Frost provided estimates for an exterior repaint and siding repair. Spoke with me many times over the phone.

Hi [member name removed] I totally understand that a paint job is a big investment for any homeowner and the customer needs to be confidant in their choice of painter. I knew after many free hours invested in this project that this would now earn me a bad review but I had to decline this job. At a certain point, like the man says, you have to know when to fold em. I sincerely wish you good luck in whoever you choose.
4.0

Kevin did a very good job. We have three bedrooms that needed to change colors. He came in and gave an estimate. The price was very reasonable. He took care of getting the paint - even having Sherwin Williams mix the colors that we picked out from another establishment. He did all three rooms in just several hours, and they look really good.

Description of Work
Repainted three bedrooms in our house.