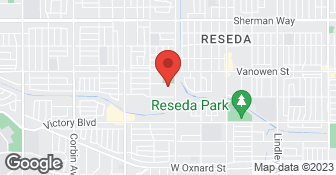 My company does RODENT PROOFING HOMES. EXCLUTIONARY WORK DONE TO STOP RODENTS ENTERING YOUR HOME.SEAL ALL POINTS OF ENTRY FROM YOUR ROOF TO THE FOUNDATION AREA. REPLACE/ RESECURE ROOF VENTS, ATTIC VENTS, SCREENS AND ACCESS DOORS ALONG FOUNDATION TO THE CRAWL SPACE....

Bee N' Wasp Nest Removal Service, an owner-operated company, proudly services South Bay, LA, Log Beach and surrounding areas. Bees and Wasps are as dangerous to some as they are irritating to others...give us a call so we can help control their population in your area.  …

We know how important it is for you to live and work in a pest free environment. We offer expert advice about all your pest control problems. We will initially give your home or commercial space a thorough pest inspection and then take appropriate measures to control any existing pests. Once completed we will design a pest control management program for your ongoing protection and peace of mind. To guard against insect, (including bees) bird or rodent (including gophers) infestations you need a complete personalized pest management system in place. By maintaining this program, you can control pests from your living or working environment. It makes no difference if you need residential pest control or commercial pest control, Abbott Pest Control will customize a program just for you. Pest infestations are a problem everywhere, but the climate of Southern California enables pests, of all types, to be a continuous concern. A pest management program can give you comfort and peace of mind 24/7, 365 days a year Whether you need residential or commercial pest control, we are the best pest control company out there. We are a local family owned business. We like the ability to cater to your needs. Don’t spend one more sleepless night. “Call us for what’s been buggin you!” PEST Control Handyman Services Available: · Attic Clean outs/ Sanitation Rodent Exclusion Work · Seal cracks and crevices where pests can get into your home. · Cut plants away from your house. · Remove stacks of newspaper, papers, bags, and cardboard boxes. · Eliminate moisture conditions and plumbing leaks. And much more….. For Quick Response Call or Text 805-914-9302  …

No work performed, no scheduled call back after agreeing on a meeting date.

Description of Work
Contractor never showed up for estimate.

Description of Work
Phil installed custom made metal covers to both of my crawlspace entrances. I had been having problems with animals pulling out the screens and getting under the house, and he had the solution. After a couple of months, I noticed that one of the screens had fallen open (or been pulled open) and when I called Phil back, he was more than happy to come over and fix the problem by installing latches that keep the doors securely in place--at no charge. I don't foresee any more issues with these entrances, so I'm feeling very happy with his service.

Description of Work
It was quite a few years ago and several thousand dollars, but worth it! No more rats in the attic.

I saw Phil driving down the street (he's got a sign on his truck) and it was really a conincidence because I had an appointment scheduled with my handyman and the guys at the hardware store had made several screens already. He called, he showed up, he fabricated the screen and the metal frame with which to mount it on the wall -- took about an hour and a half.

Description of Work
Phil made a new screen for the crawlspace under my house. I have been plagued by an animal (probably racoon) that has been living under there and has destroyed my previous screen on several occassions. I needed it to be secure and removable without a screw driver so he made one that mounts to the stucco surrounding the opening and is easily removed (by the gas company meter reader, for example). He also secured another screen (over another opening) that was beginning to tear. BTW, I also bought a trap.