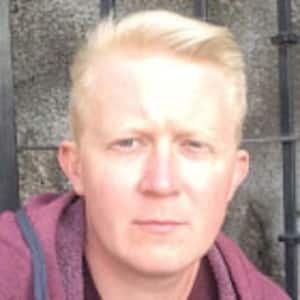 Common roof vent myths make it tough for anyone who isn't a roofing or HVAC pro to make sense of your ventilation options. It’s crucial to have enough intake and exhaust vents for your attic space—the proper amount of ventilation is based on square footage.

With the right knowledge, you can make the best decision for your home’s ventilation. Here's a look at the best types of roof vents to curb moisture in your home. 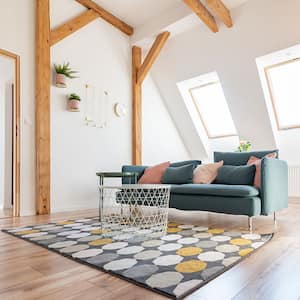 How to Check Your Attic Ventilation With a Smoke Test

Intake vents work by allowing cool air to come into the attic to push out hot, humid air. You have several different styles to choose from for your home.

Soffit vents are located under the eaves (in the soffit) of your roof and are one of the most common types of intake ventilation. They come in plastic, vinyl, and aluminum, and keep your attic fresh by drawing outside air into the attic. Meanwhile, hot air trapped in your attic is sent out through the exhaust, also known as an outtake vent.

If you don't have available soffits, a drip-edge ventilation style could be the ticket. These vents attach to the overhang of your shingles at the roof's edge. They distribute air into your attic in a way that's similar to soffit vents.

Known for creating even air distribution, over-fascia vents are placed below the drip edge of the shingles on your fascia board. An appealing aspect of this option is that the vents are covered by roofing paper and shingles, so you can’t see them.

Exhaust vents stop heat buildup by allowing hot air to escape your attic. They are typically considered necessary for homes in all climates, though they’re especially important in cold climates.

This vent is a budget-friendly option since the cost to install a roof ridge vent is typically less than other types. One of its perks is that it’s a static form of ventilation, which means it doesn’t have moving parts that could develop mechanical issues.

These ventilation systems are installed across a roof's ridge. Vents are then covered by shingle caps to create an attractive finishing touch.

If you have a steep pitch on your roof, a roof ridge vent is an option that most venting experts will recommend for your home. There's one important thing to know before attempting a DIY roof ridge vent installation. Roof ridge vents typically require baffles in order to work effectively.

The box vent is an inexpensive design that allows air to exit the attic. While they are effective at helping with airflow, the fact that passive, static box vents rely on natural air and wind to work makes them less effective than options that actively draw air in.

Box vents are commonly recommended for low-pitched roofs. Larger roofs typically require several box vents. While the boxes are visible, they can be matched to your roof color for the smallest visual footprint possible.

Turbines feature curved vanes that actually catch the wind for their power source. The spinning turbine then pulls hot, humid air from your attic.

While this is an efficient option, it relies on wind speeds of at least 5 mph to work. When comparing ridge vents and turbines, many people consider the visibility of turbines to be a significant downside. Another drawback is that turbines are vulnerable to damage from falling limbs, wind, and rodents. Some are also prone to rusting, and may let off a creaking sound as they age.

Solar fans create active ventilation by drawing air into your attic. While they are more expensive than a static option like a box vent, solar fans are also common for lower pitched roofs.

Solar fans will work around the year, but make sure you’ll get enough sunlight to activate it. They are preferred over wind fans by some people because they are much quieter. They are also slightly better at creating airflow than wind fans. Be sure to check the fan to see how many square feet it covers. You may need multiple fans to properly ventilate your space.

“If you are using box vents or wind turbines, it may take a large number of them to properly ventilate the roof,” says Ami Feller, owner of Roofer Chicks in New Braunfels, TX. “This can be an eyesore and also, every hole cut in a roof is a potential leak point. Because of this, we try to only use ridge vents and power or solar vents.”

“I recommend always putting them on a switch so that you can turn it off if you ever want to,” says Feller. “Both solar and electric power vents have thermostats on them—when the attic reaches that temperature, the fans start to work. We typically set our units at 100 degrees Fahrenheit. 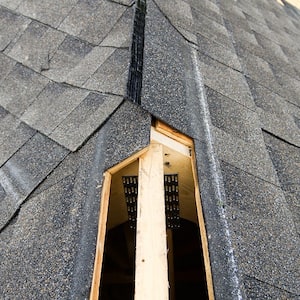 How Much Does It Cost to Install a Roof Ridge Vent?

The average ridge vent installation cost is between $300 and $650, including materials and labor

While most people don't think of their bathroom exhaust fans as ventilation fans, the truth is that they are essential for decreasing moisture levels in your home.