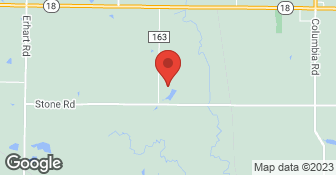 MGM Landscape Contractors, Inc. provides professional design, installation, and maintenance of all phases of landscaping, irrigation, lighting, pavers, walls, ponds, waterfalls, fountains, and outdoor fireplaces and kitchens. MGM Landscape Contractors, Inc. is at the forefront of paving stone installation. We enjoy what we do, are constantly striving for excellence and warranty our work from the ground up. We believe that as people become aware of the superiority of a segmental pavement and that as we continue to require our customer's overwhelming approval of our installations, MGM Landscape Contractors, Inc. will continue to be a dynamic leader in an expanding industry. We would be glad to provide you with a list of projects that you could drive by to determine if a paving stone driveway, walkway or front porch gets you excited. Please call for a free consultation, estimate and references. Or click here to request a free online estimate....

Pro-Cut Landscape Development has been designing, installing and maintaining beautiful landscapes in Cuyahoga, Lorain and Medina Counties since 1991. We have the knowledge, expertise and capabilities to complete most, if not all of your landscaping needs. We know that when choosing a Landscape Service Company, the higher your standards are set, the shorter your list of options becomes. At Pro-Cut Landscape Development, we strive to be the last company on your list after all others have been eliminated. After all your image is also our image!!!!! Additional Fax - (330) 723-1365. Additional email - sales@procutlandscapes.com. Additional DBA - Pro-Cut Maintenance & Design Inc.  …

Jake's Landscapes is a residential and commercial landscaping company dedicated to providing you with exceptional quality and customer service. We take great pride in creating beautiful and distinct landscapes. Increasing not only the health, but the value of our client's property is always our goal. We offer installations, clean up packages, maintenance, and more. Call, text, or e-mail to schedule your free quote today. Our quality just can't be beat... ...and we'd like to prove it to you! Serving Cuyahoga County.  …

Description of Work
They remodeled our patio with stone pavers.

I wanted an overgrown backyard, almost useless because of a steep slope, to be transformed into something that would satisfy my need for space, safety, and beauty. I got what I wanted and more. I really could not be happier with the work MGM did. Three people were key to the success of my project. Joe Smithberger and a bulldozer really did build the whole thing. Other people drove in truckloads of stone, soil, and timbers. Others raked the soil around and smoothed it over. Joe was the brain and the brawn. When someone looked like he might be slacking off, Joe corrected him. Joe personally positioned every one of the giant timbers. He personally laid every single stone. He worked 10-12 hours per day 6 days per week. His only breaks were for lunch, about 30 minutes. “Why isn't someone helping you, Joe?” “We decided it's more trouble than it's worth to train someone to be a perfectionist like I am.”: Duane Crawford designed the whole thing. He swept in, chatted with me, took a few measurements, and swept out. About 36 hours later, he called. “Your drawing is ready.” I didn't know I'd commissioned a drawing, but it reflected my own vision so well that I just went with it. I did want one of the terraces to be larger, but that was the only change I made. There was nothing to criticize. Duane told me with some pride that he is 78. His pride is justified. He has it all over a lot of men twenty years younger. Kevin Sunde owns the company. He doesn't do any labor and he doesn't design. He's the salesman and general contractor. One of his plant experts told me he's very good with money, getting good prices for materials so he can offer competitive prices to his customers. He is the only contractor who is also a dealer for Belgard. Most businessmen are good with money and can make their workers want to do their best for him. I think Kevin has a rarer gift. He listens. He opens his mind to understanding what his customer wants. He wants his customers to be happy, not just because of the new business they may bring, but because helping his customers make their vision real brings him feelings of usefulness and fulfillment. He has the resources to make it all happen. At least, that's my observation.

Description of Work
Transformed sloping back yard into two terraces, one 31' x 16' x 4.5' high supported by timbers, the other 33' x 25' x 4.5', supported by stone fabricated by Belgard; Filled terraces with topsoil and garden blend; Installed flagstone ramp, 5' x 11', between the terraces, followed by 5 stone steps; Installed 2 sets of steps, 3 steps and 5 steps each, separated by a flagstone landing, 3' x 5'; Installed 3 new underground PVC tubes for flood control, 2 approx 70' long, 1 approx 10'; Subcontracted his usual tree service to remove at least 5 trees, prune a large tree in the front yard, and clear extensive undergrowth; Subcontracted his usual mason to remove door to basement below garage, fill doorway with cinder blocks, then fill unneeded path to sealed doorway with soil; Subcontracted usual builder to install fence, 60'; Installed 12 6-ft junipers; Distributed grass seed, fertilizer, and straw over all soil, pending landscaping next spring; Supplied consultation with landscape designer; Introduced me to Duane Crawford, who listened to me and then designed the entire project, with drawn plan indicating dimensions, including a deck, additional stone path, and extension of a bedroom, to be built later. The work took two and a half weeks.