Drywall
Decks and Porches
Countertops and Backsplashes
Licensing
Bonded
Insured
All statements concerning insurance, licenses, and bonds are informational only, and are self-reported. Since insurance, licenses and bonds can expire and can be cancelled, homeowners should always check such information for themselves. To find more licensing information for your state, visit our Find Licensing Requirements page.
Business Details 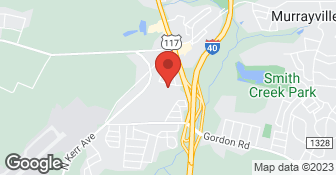 We have over 27 years experience in remodeling, restorations and new construction. We are fully insured....

Our mission is to be a provider that brings back the personal touch with our customers. We will build a relationship that will last a lifetime after you see our quality work. As a locally owned and operated business we feel invested in our clients and constantly strive for customer satisfaction. We won't leave until the job is done right! Call or click to schedule an estimate today!

HORRIBLE, will not ever use this company again.

DESCRIPTION OF WORK
My company had used HKS and Billy Hartnett for several different jobs over the years. From a $130k siding for a condo building to replaces sliding glass doors and windows. Had about showing up when scheduled and also after almost a year the windows starting leaking. I demanded he send someone to fix the problem, they showed up several days later to caulk the window, which had never been caulked, caulked over the weep holes, which caused more leaking. I called, sent emails and when I didn't get a response, I wrote a bad review on Yelp and Facebook. I sure got a nasty email stating the problem was fixed and if it was still leaking it must be coming from somewhere else and he was done. I hired another door/window installer and he took the trim off of the window, basically reinstalled and now there is NO leak! Oh, and the condo building he vinyl sided is now having leak issues! DO NOT HIRE THIS COMPANY, he talks a good game but does not back it up.

Many of the repairs were not properly done. I found out later when the leaks came back and some shingles on the roof did not stay In place. I was Told they had warranties on their work and they would come and fix the problems. They never showed up and began avoiding my calls. Almost all of the work they did incorrectly I have had to have redone. One back deck surface of my home I have since been t...

DESCRIPTION OF WORK
A lot of work was done in a home I moved into, which included roofing, painting, soffit replacement, and repairs in parts of the house that were leaking.

DESCRIPTION OF WORK
Great crew. Very pleased with them, their work, and the total project.

I  met with Billy to review and perform the repairs necessary on a commercial building.  He was very thorough and punctual, and reviewed all the issues regarding the property in great detail with us. While he was not the least or most (for that matter) expensive general contractor that does repair and remodeling, he performed the services in a very professional manner.  I would recommend that befo...

DESCRIPTION OF WORK
Performed repair services to a commercial building.

They were very professional, neat and efficient.

We offer residential services such as kitchen and bath renovation including design. We also offer, roofing, siding, porches and decks and interior and exterior painting. We are also your turn key commercial source, offering commercial upfit, cabinetry and countertops, ceiling grids, flooring, tile and paint and faux finishes.