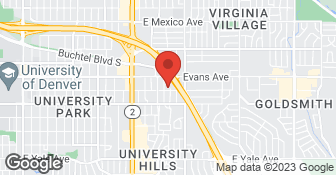 Reyna's Customary Perfections LLC. provides professional and courteous construction and remodeling services to the busy home owner, busines owner, and property owner. Repairs, remodels, and odd jobs are preformed efficiently and professionally buy qualified, experienced, licensed, and insured contractors. At Reyna's Customary Perfections LLC, no job is to big or to small, we do it all. Give us a call.  …

Bella Vita Builders is a family owned and operated business. We relocated from the Chicagoland area to Denver about 3 years ago. Our company specializes in building decks, remodeling homes (kitchens, bathrooms, basements, and additions), and general contracting. Steve Lisula, owner, has 26 years in commercial and residential construction. We have always wanted to won our own business after general contracting multiple of our own homes that provides customers high-quality builds with attention to detail, and outstanding customer service. Moving to Denver and experiencing the 300 days of sunshine, mountains, and overall healthy lifestyle Colorado has to offer inspired us to start our business. Our name, Bella Vita, means the good life. We strive to bring the essence of the "good life" to every project we complete.  …

We take great pride in our expertise, quality and customer service. Over 25 years of experience in construction and deck building. We have established protocols to ensure our builds are of consistent high quality and insure that our employees are safe. It is our mission to provide excellent workmanship and complete customer satisfaction from start to completion of a project. Call us today for a quote!  …

Description of Work
Just got an estimate but it was quick.

Although I ended up not using Tony because it became too expensive the workmanship he showed us on projects he had completed was of the best quality. I only wish he would have been able to provide an estimate that was close to the actual cost from the beginning of the process so that I would have not moved forward with an offer and costs to inspect.

Description of Work
I met Tony when I was in the process of purchasing a home. I wanted to add a second floor and renovate the first floor. I was contracting TM Grace to act as the General Contractor and Architect of this project. When I met Tony I asked him for an estimate to add a second floor of 800 Sq. Ft. and renovate the first floor of 800 Sq Ft. He stated it should cost me about $150,000. As a result of this estimate I felt it was worthwhile to put in an offer for the house which I did. Tony then wanted to show me the work he had previously performed as well as what the design of my construction would look like. I met with him a couple of times and eventually he gained my agreement to sign a contract where he would perform the work for $165,000. Two weeks after I signed the contract he came back with an itemized estimate of $244,000 or 48% higher than he originally stated. As a result I canceled the purchase of the home since it would exceed what I could afford.