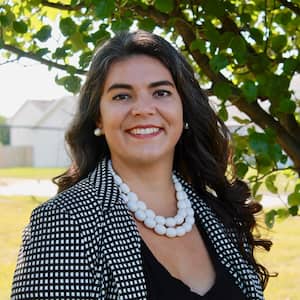 Starting a new construction project or remodeling your home can come with many unexpected surprises. That’s where the expertise of a local general contractor comes in handy.

Reputable general contractors don’t actually charge per hour except in very rare circumstances. General contractor rates are typically on a per-project basis and charge 10% to 20% of your overall project cost. A contractor will probably charge $300 to $500 a day for themselves, possibly more, and $150 to $250 a day per helper or laborer. That covers their overhead expense costs as well as profit.

“What a general contractor provides, in addition to construction expertise and the ability to identify competent subcontractors, is the full scope of the job,” says Bob Tschudi, Angi Expert Review Board member and general contractor in Raleigh, N.C. “For example, many homeowners solicit bids for a project and don’t know that they should ask to include disposal of demolition debris, and they end up with a yard full of contractor waste, which is costly to remove and deposit at the landfill.”

You may be able to find a contractor that charges hourly rates or even daily rates, but be wary of this pricing structure. Be sure to get documented estimates beforehand to make sure everything is moving along on a reasonable schedule.

“Be very careful if you enter into an agreement for an hourly rate,” Tschudi says. “Does the clock start when the contractor begins driving to your house? Does every phone call count as a minimum of 15 minutes or more? Can the contractor charge you for time spent researching prices and techniques online? If you do an hourly rate, be sure to set a cap, such as ‘not to exceed 20 hours per week for the duration of the job’ or something similar.”

What Home Improvement Projects Can I Hire a General Contractor for on My Budget?

Because general contractor rates vary so widely based on your project, you can likely afford to hire someone on almost any budget. Keep in mind that these budget ranges cover the per-project price for a general contractor—just 10% to 20% of the entire project cost.

If your project is simple, like installing a security alarm system or fixing something broken, such as a window, drywall, or flooring, you may not need a general contractor at all. A local handyperson can charge as little as $20 to $25 per hour. Their business overhead costs are much lower, and they often charge hourly rates, unlike most contractors.

With this budget, you can likely pay a general contractor to do one of a variety of small projects, including installing a fence, concrete patio, concrete driveway, deck, building a brick or stone wall, and maybe a small room remodel.

This mid-range budget will allow you to hire a contractor to work on a larger room remodel, such as a bathroom or kitchen, or you may be able to cover the cost of contractor labor for a new garage.

The cost for a general contractor to work on home additions or larger home remodeling projects falls in this budget range.

This budget will cover the cost of a contractor to do any combination of the projects listed above, including a complex home remodel. On the highest end, you could cover general contractor rates to build an entire new house for $29,000 to $58,000. 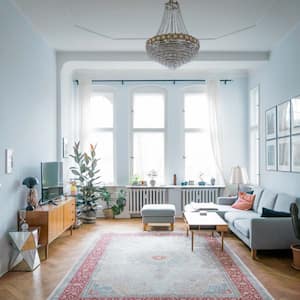 Everything You Need to Know About Contractor Estimates, Inspections, and Consultations

Find out when you will—and won’t—have to pay a fee for estimates, inspections, and consultations

How Much Does It Cost to Do General Contract Work Myself?

If you’re particularly handy, you may want to try to do parts of your construction project yourself. While this can help you save money, there are certain projects where hiring a licensed pro is not only helpful for managing all of the moving parts but also so much safer (think roofing or demolition work).

General contract work involving electrical, plumbing, HVAC/mechanical, and building or renovating structures typically requires building permits from your municipality. This work also often won’t be up to building codes unless a licensed expert completes the work. Building permits cost around $1,200 on average but can cost as little as $100 in some small towns or as much as $7,500 in large cities.

No matter the parts of the project you decide to DIY, the cost will mostly consist of the materials and tools needed to complete the job. You’ll also want to factor in the cost of time large projects might consume versus having a contractor manage the work for you.

Most general contractors charge per project based on the cost of materials, any subcontractors they need to hire, and the size and scope of the construction project.

Depending on what your project is, there may be a substantial amount of building materials needed to begin. For example, if you’re constructing a home addition, you’ll likely need lumber, drywall, plumbing, and all the finishes, among other things. Those items can add up quickly, and the contractor you hire will need to account for them in their pricing.

You can easily expect $40 to $50 per hour for a helper. Your general contractor likely has subcontractors in their network to call for jobs that need more than one pair of hands, and you can discuss how that impacts your pricing when getting an estimate.

Are you remodeling a small bathroom? Or finishing a basement? Fixing a few shingles on the roof? Or adding on a second story to your house? Because most general contractors charge 10% to 20% of the overall project cost, the larger and more time-intensive the project (and the more materials and workforce you need), the more you’ll end up paying your general contractor for their time and effort. 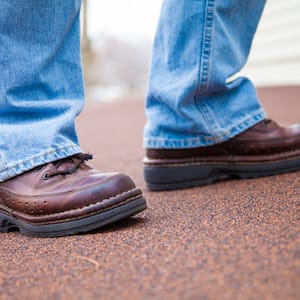 What It Takes to Be a General Contractor

Not everyone has the talent, skill and dedication required to be a good general contractor or carpenter.

FAQs About Hiring a General Contractor

How do I get a quote or a bid from a general contractor?

Whenever possible, get an estimate or bid in writing. You can always add any unforeseen things that come up later, such as bad wiring, or plumbing, or mold in a wall. However, something like having to remove (and then reinstall) a toilet to replace tile but forgetting to account for the time and cost to do it isn’t unforeseen.

Contractors typically don’t charge for estimating a job, especially if the project is fairly small, like installing a window or single electrical outlet. Doing something like a full room remodel or home addition may cost you a paid consultation—around $150 to $1,000, depending on the project.

Some general contractors prefer to work by bids only, so you won’t know a per-hour cost, but rather a flat fee per project.

Often, yes. Some contractors will ask for a down payment upfront, and then most are willing to work with homeowners to come up with a payment plan that works for them as certain project milestones are met.

Should I tip a general contractor?

Contractors usually don’t expect tips, and some companies don’t even allow their employees to take tips, so make sure to ask before offering gratuity for a job well done.