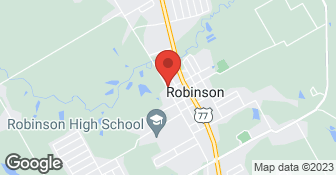 With over 70 years of industry experience we specialize in Additions, Complete Home Renovations, Kitchen & Bath renovations, Metal buldings, Residential & Commercial Roofing. We pride ourselves in old time customer service and knowledge of products new and old. ...

See my full review at jimwilliamswacoreview.com which will be up in the next few days (as of 4/26/21) with pictures and video documenting our experience. Do not use or trust Jim Williams!!! He doesn't fulfill his own set deadlines. He doesn't communicate with customers or his staff and will straight up lie to your face. He does work that you'll need to rip out and start over with like using regular drywall (which rots when exposed to water) around our bath/shower. He will waste your money like ripping out all of our door frames and trim and installing exact duplicates of the old trim and telling us thats what we told him to do. And he will waste your time like letting our house sit empty for 2 wks refusing to send a single sub to your house until his mud guy completed his work despite endless unrelated tasks needing to be completed. We hired Jim and his team back in January to remodel our home because Jim seemed like an honorable guy and talked a lot about following through on his commitments and keeping his word. My wife and I were really impressed with him and felt really comfortable with him working on our home. So back in Jan of 2021 Jim told us that if we moved out of our house to give them space to work they would be done in 6 weeks or maybe 7 weeks but that would be if someone got COVID and they had to shut down the worksite to quarantine. So in response we moved into a friend of a friends mobile home that wasn't in use to give him and his guys room to tackle the job quick. Jim said the winter was really slow and we were his only job so his crew would be focused on our house. We left on Feb 5th and Jim and his crew started working at our place on the 8th. On Feb 11th we met with Jim's window guy to replace all of our windows and paid Jim a large amount to cover the costs of the custom windows (which we still havent received or even seen an invoice from the window company for as of April 26th). Later in Feb we met with Jim's cabinet maker who was very nice and walked through the house and helped us choose cabinets for our home. His cabinet guy promised to have all of the cabinets completed in 2-3 weeks. Like the windows, we also have no cabinets (as of April 26th). Last week I told Jim to forget it that I would build my own cabinets because we found the cabinet maker's shop and discovered that he hadn't even started yet. Jim does not communicate much to his crew. They complained to us about this on several occasions, and unluckily for us, sevrl things that his guys completed had to be reversed and rebuilt due to Jim's poor communication. Jim also personally (witnessed by neighbors) bashed into our new brick retaining wall with his trailer and failed to fix or even mention it to us. Jim and his crew left our home unlocked several times after when they left for the evening and one time even left all of the windows and the front door wide open. Jim admitted during framing of a new wall that the guy was drunk that installed it and that's why it was so far out of square. On week 6 we still had no sheet rock, no kitchen, or bathrooms. Same on week 7 and 8, but after week 8 we couldn't stay in the mobile home any longer so we had to move into hotels. Jim always has an excuse and will promise that he'll be done in "just another week." just to deliver the same promise a week later. So for 5 additional weeks we booked another week at a hotel or different AirBNB in hopes that Jim would infact have 5 guys working at our house full time as he'd promise, but in reality 1-4 would show and many times only work a half-day to be pulled by Jim to one of his 4 other jobs we learned he picked up despite promising ours was his focus. During this time he would refuse to take my phone calls and would send me fake messages during business hours letting me know that I should call back during normal business hours. On wk 12, I had enough and Jim told me that he would have our house 95% complete within 2 wks, only to have our house sit empty for three more days. My wife asked to meet him to review what could be done so we could return home into some sort of living conditions. He told her we would have bedrooms completed, a working bathroom, closets, living room, an open window hole would be closed with a piece of glass and our office completed. When we arrived to move back in the carpet had not been installed in any bedrooms, light switches and outlets were hanging from the walls, wires from the ceilings and they stole our old oven that we told him we were keeping many times. Later we also found out that someone from his team stole an heirloom crystal vase that was given to my wife after the birth of our son. Upon move in at the end of week 12, you can see some of the pictures I took revealing the condition of our home. I had to fire Jim. Now he's refusing to talk to me about the 10s of thousands I paid him for incomplete work and undelivered materials and he is forcing me to file a lawsuit to recover our losses. I know the options for GC's are fairly limited in Waco, but learn from my experience and steer clear of this fraud...more pics and video soon at jimwilliamswacoreview.com

Jim worked out the detail of this roof and communicated though out the job.

Description of Work
Jim has to do a difficult roofing job involving both metal and flat roofs.

We converted the garage into living area, added on a bedroom, moved laundry room to a new location, needed other minor repairs as well. We had sheetrock work through the entire house. They were very friendly, always on time and very easy to work with!

It went above my expectations. They were very accommodating to last minute changes.

They are fantastic! They worked around my schedule and kept the house clean during the work. They were phenomenal and I will be using them again for more remodeling work.

Description of Work
They did a little bit of remodeling in my living area and finished out some sheet rock work in my house.

Find more about us on our website https://www.picassoinstallations.com We specialize in Hardwood, Vinyl Plank, Laminate, Engineered Wood and Tiling Services. -Over 20 Years of Experience -Fully Bonded and Insured -Many Satisfied Customers -FREE In-Home Estimates  …

We're a locally owned and operated company that values honesty and integrity and treats your home as if it were our own. We offer a variety of General Contractor Home Im.provement services that are customizable to each individual project. We specialize in Additions and Kitchen Remodels, but also offer a wide range of expertise for a variety of other projects. We pride ourselves on the quality of our work as well as our commitment to outstanding results. We look forward to building lasting relationships and guarantee your satisfaction!  …

Jim Williams Renovations & Roofing is currently rated 3.7 overall out of 5.

No, Jim Williams Renovations & Roofing does not offer eco-friendly accreditations.