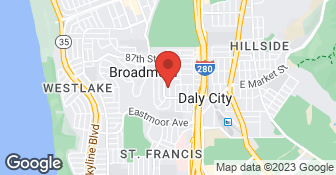 The work done was excellent. He kept me updated of the progress because we were not living in the house, the materials that he used was excellent, his communication during the project was excellent and the finished product was excellent as well. He was very honest, at one time I overpaid him, unknowingly, but he pointed it out to me and actually returned the money, which was great.

David is a gentleman and honest. He did an outstanding job on an office gutting and remodel. He worked well with the cities request including a handicap door and new heating system. He was responsive and moved as quick as he could.

The house looks wonderful, everyone gives me compliments me on the look of the house. They are phenomenal. I am always happy with his work but this they really did a spectacular job with the house. He is extremely trustworthy. Very clean and neat.

They are the absolute best. They even have a key to my house, that's how much I trust them. I can call him on a moment's notice. He's even offered to come in the middle of the night one time because I couldn't find one of my cats and he helped move the washer and dryer out to see if the cat was behind it, that's how kind he is. I have been using him for 12 years now and will never use anyone else!

Description of Work
They removed old wood panels and put in crown molding, chair rails and detailing. They also did some painting and the color is a beautiful pale grey and is absolutely gorgeous, They also installed a master bathroom door and will be doing another specialty door for me in about 3 weeks when it comes in.

I looked everywhere to find someone to waterproof a small water seepage in the basement. I contacted David through Angie's list and he responded quickly and came over to look at it and said he'd try. So today, after running all around to find the waterproofing compound he needed he came and did the job. There is no telling if this does the trick but if it doesn't it will be because the leak is probably bigger than we thought, not for his lack of doing the right thing.

First I would like to apologize to David E. Conroy & his team because this review is long overdue. After talking to several recommended contractors, no one gave me a description in sync of what I had in mind for my very outdated kitchen, so I decided to join Angie's List and try my luck here. Though there were many good contractors reviewed, I decided to call David because of the great "local" reviews and was impressed of his response to negative reviews. He responded immediately and the minute I met him I felt very comfortable and we developed a rapport immediately, and finally I heard what I have been waiting for to hear: to get rid of all the eyesores that has been bugging me since I relocated to this house from NYC. I did not know what a renovation entails because all my life I've been an apartment dweller, so I was shocked when I came home one day and the whole kitchen was gutted and then realized why Dave wanted to know my timeline - which I really didn't have because for me as long as he build my dream kitchen with the little space he had to work with, the timeline is "whenever". I'm also lucky because my family lives nearby so cooking & eating was no problem. Dave assembled a great team that are experts in their own field and good people too: Kit & his team (electrician), Chris (flooring), Roberto & last but not least, Alfonso (his right hand - a 1 man team in himself). Trust is not an easy thing to give but with this team no second thought - just gave them the key so they could come and go and they always made sure the house is secured before they left. As I've read and heard renovations don't always go smoothly and this one is no exception: asbestos have to be removed from the ceiling and just as the job got on the way again - they found asbestos under the carpet. In the beginning I did have a budget but when I started shopping around for the appliances, cabinets & other essentials that Dave recommended I soon realized that my dream kitchen is going to cost me, but then I decided not to skimp and followed his recommendations which to this day I don't regret at all especially with the appliances - I'm a baker and like to experiment cooking so it's been great. Dave also went with me to vendors that he knew and was a tremendous help with my indecision's. I think that Dave regretted taking me shopping because when I saw something I liked it would mean an add-on & more work for them - like opening the ceiling & wall again. The team became my family and we had a good time during the duration of the project. Dave also went out of the way to have certain things fixed in and out of the house - for this I will forever be grateful. In the course of the renovation he also noticed that the exterior painting was not done properly and that the beams were rotted so that was added to the project too. I can go on and on but the gist of it is that I have a fantastic, functional and spacious kitchen that I enjoy looking at everyday. The beautiful granite and back splash complement each other; the cabinets - what can I say...the oversize sink, etc. My house also looks great from the outside with the new paint that took me so long to decide on which color. I'm just sorry I still can't figure out how to attach before & after photos...maybe will update one of these days with the photos. I will definitely call Dave again for future projects.

We were thrilled with Dave Conroy and his team from start to finish! Dave was availble to start the job right away and as soon as we gave him the go ahead, his team hit the ground running. The project moved along swiftly. Dave was available onsite whenever I needed to meet him and he kept a close watch on his team and subs. He was always happy to make recommendations and guide us with selecting finishes. He has excellent relationships with many vendors in the area and helped up great a great deal on plumbing fixtures and finishes. We found Dave to be very flexible and open to change as the project unfolded. Half way through the project we decided to renovate our second bathroom and retile the kitchen floor. His team jumped right in and worked double time to get the job done. In the end, our project completed on time and on budget!! The work is BEAUTIFUL and we love our new bathrooms! What more can you ask? We recommend Dave Conroy 100% and would definitely hire him again.

I purchased an Angie's List Big Deal for this service and it turned out fine. I have to call him back because another part of the fence is falling off. He was good.

Description of Work
I used David E Conroy Construction to repair a gate that was falling off my fence.

It went vey well. He made suggestions as to flooring, cabinets, lighthing, etc. All the vendors he had suggested (that I have visited) are very good and accomodating and they know him very well. On my part, I still have to visit some vendors and make a final decision. He is very responsive via email or phone with all my questions and anything else that pertains to the redo. I have read all the previous testimonials and for that reason I chose him.

Description of Work
Consulted Mr. Conroy for a complete kitchen redo sometime in the near future. My first question was "what will you do to this '60's kitchen?" Interestingly, we were in sync with what should be done. He also provided me with vendors to visit and suggested certain brand of appliances to look at.

Last week contractor Dave Conroy completed several jobs at my home. I?ve hired Dave a few times before. His biggest job for me was a major earthquake retrofit. He did spectacular work, on budget and on time, dismantling whole walls and rebuilding them again and leaving behind no sign he was there. So when I decided it was time to rehab my garage and take care of some nagging water leaks, I was happy to call on Dave again. When my house went up a number of years ago, the builder left the garage unfinished. He hung sheetrock, but never patched or taped it. Then an old car of mine leaked oil on the floor for years. So the garage was a bit of an eyesore. Since it?s a big garage, getting it into shape was a big job. For several days Dave and his crew patched and taped and spackled and sanded every rough and damaged surface. Then they painted the walls, the pipes, the foundation, and the floor. They were on the job every day and all day long. The result is amazing. The garage now looks almost as nice as any room in the house. While he was on the job, Dave tracked down the source of some old water leaks that had badly damaged a wood floor and a couple segments of drywall. During a recent downpour, when Dave was here working, a new leak opened up over my dining room table. Dave spotted the leak in time to protect my table ? and almost immediately he tracked down and fixed the source of the problem. For the next several days he and his crew split their time between rehabbing the garage and replacing water-damaged drywall and patching a leak beneath a set of sliding glass doors. A lot of the work was heavy and difficult and required careful planning. But at the end of just seven days? work, everything was done. And all of it is beautifully done. Though I have looked hard, I can?t see any sign that just days ago there was a five-foot hole over my dining room table and another big hole in the wall of my den. When Dave and his crew left, everything was perfectly patched, freshly painted, and spotless. And the cost was completely reasonable, a good deal less than expected.