Is Your Contractor Bullying You? 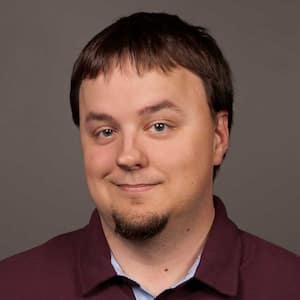 No one likes dealing with bullies, but unfortunately, you may meet contractors with a grade-school mentality.

Crooked home improvement contractors often resort to bullying, intimidation and threats to get what they want. They might push for more money, threaten to sue, warn they plan to file a lien or stop working and threaten to abandon your project completely.

You might want to avoid conflict and just let it go, or argue back, which could make a situation worse. But experts say the key to dealing with a bully rests between those two extremes: if a service provider acts hostile, aggressive and illogical, act calm, professional and reasonable. But don’t feel you should let the contractor walk all over you, says Andrea Goldman, an attorney and mediation expert with Rosen Law Office in Andover, Massachusetts.

“If a contractor is kind of rolling over you about things like a steamroller, that’s not good,” she says. “You have a right to say you won’t be bullied.” 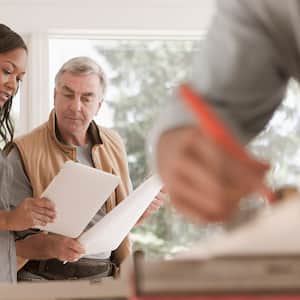 6 Tips for Working Through Any Issues With Your Contractor

If you’re dealing with a bully contractor, make sure to stand your ground, but try to avoid escalating the situation.

For example, if your service provider raises their voice or yells, don’t escalate the situation by yelling back or retaliating in any other way, Goldman says. Keep your voice calm and professional, and stay reasonable, she says.

Oftentimes, bullying and harassment occurs when the contractor asks for money in advance of the payment schedule outlined in the contract, Goldman says. “If they’re pressing you for money, that means they’re having cash flow problems, which means they might not be paying their subcontractors and suppliers, who could theoretically be filing liens against your house if they don’t get paid,” she says.

A service provider trying to intimidate you for cash might be at risk of running out of money before the end of the job, so you might be facing the possibility of a contractor who abandons their work. “It also might mean the contractor has a problem — a gambling problem, a drug problem, or some personal issue that might get in the way of the contractor doing workman-like work and completing the job on time,” she says.

When you’re dealing with a contractor about issues such as payment or work, and the contractor screams, curses or tries to bully or intimidate you, keep your composure and refer back to the contract — make your arguments rationally based on what you have in writing, she says.

“Always go back to the contract,” Goldman says. “You send an email, and you say in the email: ‘You have asked me to advance you a payment of $3,000, but you have not demonstrated to me why you need that money. Unless you can provide me with bills that need paying or outstanding invoices or something to show me where that money is going, I will not be paying that money, and I will be following the payment schedule as per our contract.’”

Make sure to document everything, even your conversations, but try to interact as much as possible via email so you have a written record of the communication, she says. “Document, document, document,” she adds. “You don’t want to get into a he-said, she-said situation.”

Also, make sure you deal with the right people, says Bethany Hart, operations manager of the Angie’s List complaint resolution department, which helps resolve conflicts between customers and companies when jobs go wrong. If you’re dealing with the manager, and the manager is the bully, try contacting the owner, she says.

Try to find the source of the service provider’s hostility, Goldman says.

“The hostility might not have anything to do with you,” she says. Goldman recommends talking with the subcontractors when the contractor isn’t on the job site. “Ask the subs: ‘What’s going on?'” she suggests. “Have you been getting paid? Is everything OK?” Also, don’t be afraid to ask the contractor directly to discuss the behavior with you, she says.

If the contractor refuses to meet or acts shady and evasive, consider that a warning sign, she says. Goldman recalls representing a homeowner whose contractor took $90,000 from his customer and went to Disney World.

Aside from money issues, bullying also can happen when a customer points out problems with work, or confronts a service provider that stops showing up to work.

Angie’s List member Mollie Molin says she hired Modern Design of Sacramento, California, to remodel her bathroom. The project called for three to four weeks to complete, but after six months, she says, the job remained unfinished.

Molin and her husband asked owner Steve Lawrence for a schedule when he first started missing appointments, but he told her he didn’t have to and became hostile, she says. “He started yelling and making excuses about how he has all these customers,” she says. According to Molin, Lawrence eventually stopped showing up and avoided contact with Molin for 30 days. Molin says she sent him a certified letter to fire him for breach of contract, and in response, the company threatened to file a lien against her home. Luckily, the company didn’t follow through on the threat, she says.

“When we fired him, I was scared,” says Molin, adding that she changed the passcode on her doors. The company didn’t return emails seeking comment, and telephone numbers listed for the business were disconnected.

And if you notice something wrong, or have a question, don’t wait until the last minute to ask, he says. For example, let’s say you notice a problem that your contractor later covers up with drywall as part of your project. If you wait until the end to point out that problem, the contractor might need to tear down the drywall to fix it, he says. “Don’t hold onto every single question until the end of the project,” he says. “The best time to handle an issue is when it first arises.”

This means less frustration for the contractor, and ultimately, yourself.

You do have options if you’re dealing with a bully contractor you can’t work with. Consider the following:

• If you feel the service provider is a genuine threat to your safety, contact local police.

• The Angie’s List Complaint Resolution team can try to help resolve your issues by contacting the company on your behalf.

• Check if the contractor is licensed. If so, you can file a complaint with the state licensing agency, which can try to help mediate the situation.

• You can fire your service provider if they are in breach of their contract. Consult with an attorney if you feel you may have no other recourse but to let the company go, Goldman says.

If your contractor bullies you to the point you’re afraid to leave a review about your experience, you can contact Angie’s List and explain the situation, Hart says. Angie’s List will document the behavior, as well as contact the company if you prefer. If a contractor starts to show a pattern of reported harassment that leaves members fearful to leave feedback, Angie’s List will remove the company from category and keyword searches.

The purpose of that policy is to deter companies from engaging in behavior that leaves customers fearful of submitting feedback, Hart says. “This is something we at Angie’s List take seriously,” she says. “We rely on the feedback of our customers.”

Editor's note: This is an updated version of an article originally posted March 11, 2014 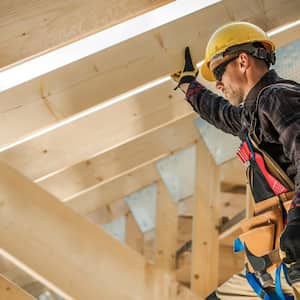