Should I Install a Driveway Alarm?

Just like a security light attached to a motion sensor, a driveway alarm uses a wired or wireless sensor to inform you when someone’s walked or driven onto your driveway.

A few of our experts weigh in on different driveway alert systems and the pros and cons of wired and wireless alarm options. 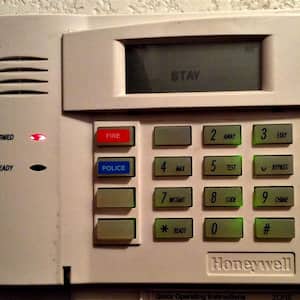 Homes connected to the Internet can use wireless technology instead of landlines to operate their alarm systems.

What is a driveway alarm system?

“They’re mounted on a post in your driveway, and it sets off a chime inside your house whenever something moves in front of the sensor,” says Randy Reed, owner of Reed Brothers Security in Oakland, California. “You’ll know if someone is walking or driving down your driveway. It comes in handy if you’re waiting on a package delivery or the postman.”

How much do driveway alarms cost?

For a good wireless alert system from a trusted manufacturer such as Optex, Reed says to be prepared to pay a few hundred dollars. “You can buy a knock-off system for cheaper than that, but if you buy generic, you’ll be paying for it in decreased quality,” he says.

A wired system from a manufacturer such as Cartell can cost up to a few thousand dollars, according to Fabrizio, because it involves more parts, professional expertise, and running one or more lines across your yard.

What are the advantages of a buried system over a wireless alarm?

“It’s more robust and can do a lot more than just set off a chime,” he says. “You can wire it into a home automation system and program it to do specific things at specific times. You might have certain lights turn on for a certain period of time as a car comes through, so you’re not pulling up to a dark house.

“I just wired a house so that all the speakers set off a sound when a car comes through, but they only do it during the day, so you don’t get the loud sound at night,” Fabrizio adds.

He says buried systems can also communicate with mobile devices. For instance, you can receive a text message whenever a car comes into your driveway.

A buried system also offers more precision, since it measures the size of whatever’s passing by it and only sets off for something larger, such as a car. A wireless sensor usually uses a beam of light and sets off whenever something breaks the beam.

“It’s just there to tell you something moved out front,” Reed says. “A dog or bird can set it off as easily as a car.”

Should you do it yourself?

Reed says homeowners can install a wireless alarm system themselves without much trouble.

“You plug in one box in an outlet inside, and the other box on a post outside,” he says. “You just need to make sure you don’t place it so far that the signal can’t reach inside your house. You’ll get the best range if there’s a direct line of sight with as few obstructions as possible between the two units. The average range is about 200 feet.”

Fabrizio says homeowners should leave wired systems to the professionals, since it involves burying electrical lines and connecting to the house’s physical wiring. 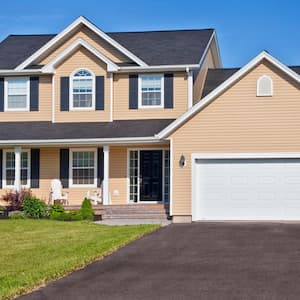