Installing a Ceiling Fan over a Light 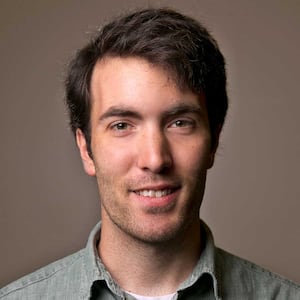 Ceiling fans save money on cooling costs and bring the breeze indoors.

You desperately want to install a ceiling fan to keep cool during summer and move air during the colder months. However, you're not sure how to DIY the job — or how much it costs to hire someone?

If installing a new ceiling fan has your head spinning, just listen to these pros.

RELATED: How to Install a Ceiling Fan

How tough of a job is ceiling fan installation?

Replacing a light with a ceiling fan requires more work than you think, says Nicholas McCourt, owner of Northern Lights Electric in North Attleboro, Massachusetts. McCourt says after the electrician takes down the old light, he or she has to replace the old electrical box with a fan-rated box that can support the additional weight.

McCourt suggests having an electrician pull a wire for a second switch, so you can operate the fan and light independently. If that’s not in the budget, you can always use the pull chains.

Some fans come with a remote, but McCourt says they’re not the best solution. “Typically what happens is these remotes are bottom of the barrel junk, so when they burn out in six months, the electrician has to physically take it down and pull another wire in,” he says.

Your ceiling fan must be at least 7 feet from the floor, but a height of 8 to 9 feet will provide the best airflow, according to McCourt. If it’s higher than normal, you probably need a downrod to lower it, and you can usually find the specifications on the manufacturer’s website.

RELATED: How Much Does Ceiling Fan Installation Cost?

Is my ceiling fan going to fall on me?

If it was installed correctly, then the answer is no, according to David Daugherty, owner of 24 HR Valleywide Electric in Phoenix, Arizona. Daugherty says ceiling fans usually last about 10 years, and that you’ll know yours is on its last leg if it starts making noise, stops turning or seriously wobbling.

But Daugherty says a little wobble usually indicates unbalanced fan blades or loose screws, and not a serious problem with the fan. Manufacturers make balancing kits with weights that you install on the fan blades until they’re balanced, and Daugherty says installing the weights is a job a handy homeowner can complete.

“For a wobbling ceiling fan and the price that most electricians are going to charge, it might not be worth it,” he says. “It might be something where they want to get a screwdriver out and start tightening.”

What kind of ceiling fan should I buy?

Whether you’re installing a new fan or replacing an old one, there are a few considerations. If you want a fan that saves on electric bills, look for Energy Star-certified ceiling fans, which are 60 percent more efficient than traditional units, according to Energy Star.

When it comes to style, Gina Schorr, owner of Belle Maison Interior Design in Seattle, Washington, says you should match the fan’s metal to the existing hardware in your home, whether brushed nickel, black or brushed brass. She advises homeowners to use wood blades in more traditional settings, and solid color or metal blades for a more contemporary look.

Although numerous options exist, Schorr recommends keeping it simple and not making your ceiling fan the room’s focal point. “I typically don’t like ceiling fans that have different light fixtures on them,” she says. “They should just be sleek and inconspicuous.”