What Is an AFCI Breaker and How Does It Work?

Arc Fault Circuit Interrupters (AFCIs) are circuit breakers required for specific circuits throughout the home. They add an extra layer of protection against arcing conditions that could start fires at the electrical panel. Rather than only detecting overloads and short circuits—which simply shut off the breaker—AFCI breakers are always on the hunt for any type of dangerous arc and working to minimize the impact on the electrical system.

How Does an AFCI Breaker Work?

AFCI breakers are actually a very tiny computer monitoring all types of arc faults. Arc faults refer to a current flowing through an unplanned path. Most times, they are invisible to the human eye. Other times, they are bright and large, like when a power line goes down, and the current jumps to a tree or a stop sign.

The monitoring system in the AFCI breaker constantly looks out for any dangerous arcing that may occur. Arc faults may happen if the wiring insulation throughout the home degrades and suddenly has more paths to leave through. When an AFCI breaker detects any of these phenomena, it trips the circuit breaker to prevent any more current towards that area. 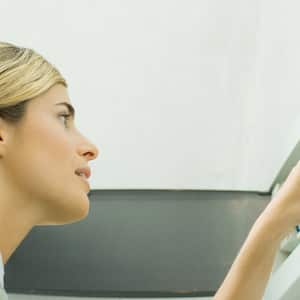 What Is a Circuit Breaker Box and Why It Matters

How Does an AFCI Breaker Differ from a GFCI Breaker?

AFCI breakers focus on preventing fires caused by arc faults. This makes them great for fire prevention but doesn’t necessarily focus on protecting against electrocution.

Ground Fault Circuit Interrupters (GFCIs) focus on keeping the electrical current from entering and passing through your body. Luckily, you don’t have to choose between the two, as there are options to have an AFCI breaker paired with a GFCI breaker or install a single unit that contains both.

There are three main types of AFCI breakers, each providing more protection than the other.

A dual AFCI/GFCI breaker will do what an AFCI and GFCI breaker does, but with one single component instead—allowing for both fire hazard and electrocution protections.

Are AFCI Breakers Required in Homes?

The majority of local municipalities will require AFCIs in new residential homes or when replacing a circuit breaker box or panel in the home. There’s no direct law or code in which all 50 states need to follow specific rules, but most states and cities have introduced some form of legislation or code in which AFCIs are now the standard. Even if your area doesn’t require them, it’s still not a bad idea to hire a local electrician to come out and install AFCI breakers to increase the safety of your home. 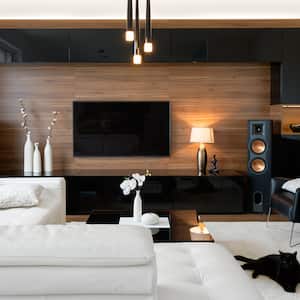 How to Reset a Circuit Breaker in 6 Easy Steps

What Happens if an AFCI Breaker Trips?

An AFCI breaker may trip from something mundane such as an incompatible treadmill or something as serious as faulty or damaged wiring. You should troubleshoot and see if anything plugged into the area is causing the breaker to trip or if it’s something related to the electrical throughout the home.

If your efforts come up empty, and you’re ensure how to tackle the problem, hire an electrician near you to inspect and find ways to get things flowing again.