10 Types of Trees That Can Cause Trouble 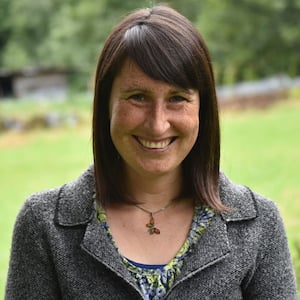 These trees might look pretty, but they can cause problems in the future

Besides adding year-round interest and providing shady respite on a hot day, planting trees in your yard boasts environmental and practical benefits. They can even add value to your home. But before planting any, do your research. Ensure they’re compatible with your region’s weather, your other plants, and the space you have available.

There are some trees you might want to consider avoiding altogether. For example, planting invasive species may not only get you in trouble with your neighbors or local government, but they can spread disease and take over your garden. Fast-growing, weak-wooded trees can be hazardous, especially in poor weather, and some species are messy or more likely to trigger allergies.

Below are ten well-known trees to avoid planting in your yard and the reasons why.

Ash trees (Fraxinus spp.) are widespread across North America because they’re hardy and display spectacular fall foliage. However, these fast-growing, weak-wooded species are highly susceptible to the emerald ash borer (EAB) beetle, which is now decimating populations of this tree across the U.S. Some species not native to North America are more resistant to EAB, including Asian varieties like the Manna Ash (Fraxinus ornus) and the Manchurian Ash (Fraxinus mandschurica).

Beloved for their attractive fall foliage and eye-catching bark that adds winter interest, quaking aspen trees (Populus tremuloides) are also vigorous growers. However, their expansive, shallow root systems can cause problems in small yards or when planted too close to neighbors, sidewalks, or septic systems. Unfortunately, they’re also susceptible to various fungal diseases and can trigger some people's allergies. Be prepared for a lot of maintenance with this one—you may even need to call out a local arborist to help with trimming.

jdt01fgo/iStock / Getty Images Plus via GettyImages

Walnut wood may look beautiful when carved into a high-value piece of furniture, and they make beautiful shade trees. However, black walnut trees (Juglans nigra) don’t make good companions to your yard’s other plants. They drop nuts you’ll be picking up for weeks, and the tree produces a chemical called jugalone that is toxic to many landscape plants. As the toxin leaches into the soil, you may find your other plants die off, including veggies like tomatoes, potatoes, and peppers, plus popular flowering plants like some species of petunias, hydrangeas, chrysanthemums, and peonies.

Bradford pear trees (Pyrus calleryana) are fast growers that produce a mass of attractive white flowers in the spring. But, they’re also weak-wooded, have troublesome spreading, suckering roots, and can be prone to leaf wilt and browning leaves.

They’re also classified as invasive in many states. So, selecting a different ornamental pear species, like the Chanticleer, is advisable. Or, if flowers are what you’re after, you could opt for something like a cherry blossom tree instead.

teine/iStock / Getty Images Plus via GettyImages

The cottonwood (Populus deltoides) is a majestic, tall, fast-growing tree. However, it isn’t a good choice for small yards, and its shallow, aggressive roots can lift up sidewalk pavers and crack home foundations in their search for water. Its weak wood is prone to breaking during severe weather, and the female trees also drop messy seeds.

This tree, also known as the Maidenhair, is a popular yard addition because it features stunning fall foliage and is hardy and low-maintenance. However, it’s best to select a male Ginkgo biloba specimen. The female variety drops messy fruit that is slippery underfoot and has a foul odor.

With their delicate, intricate foliage, beautiful pink blossoms, and hardy countenance, what’s not to love about the Mimosa tree? Also known as the Persian or pink silk tree (Albizia julibrissin), this species is classed as invasive in several North American states. Its weak-wooded limbs are prone to breakages, the seeds are messy, and it’s challenging to control once established.

Mulberry trees (Morus spp.) may be ornamentally attractive and offer a bountiful fruit harvest. Still, many species are invasive, and you can easily spend your Saturday picking up fallen fruit. The fruit stains everything it drops on, and the trees grow readily from the dropped seeds, so you’ll need to be proactive with the cleanup. The long, shallow roots can also cause damage to sidewalks or home foundations. Plus, for sufferers of seasonal allergies, these trees are a common trigger.

tc397/iStock / Getty Images Plus via GettyImages

This tree grew in popularity (no pun intended) because of its drought tolerance and ability to flourish in a variety of conditions. Despite being resistant to Dutch elm disease, these qualities are now its downfall. The Siberian elm (Ulmus pumila) is a majorly invasive species.

Their aggressively spreading, water-seeking roots are problematic, especially in smaller yards or when planted near septic systems, underground lines, or home foundations. Like their popular relative, the white willow (Salix alba), they’re weak-wooded and broken limbs can create hazards. 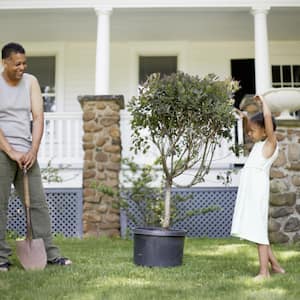 How to Plant a Tree in Your Yard in 7 Steps

Leave a legacy in your yard