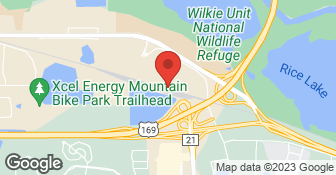 Delivered & picked up on timely basis. Cleaned area around dumpster after removal. Good to work with. Nice looking equipment.

Great, 8 yd dumpster arrived on time, was as promised, and was promptly picked up.

Excellent. I’ve had others provide similar service but Total is the best

Great delivery was quick and pickup was on time.

Description of Work
Dumpster for cleanup

We ordered a dumpster to our driveway for a deck teardown and rebuild; the dumpster was delivered the next day as promised; I called to have them pick it up and they didn't charge anything extra to keep it over the weekend. Great service; we'll use these guys again!

Description of Work
Dumpster scheduled, delivered, and picked up

Great. They prompted me to describe the work I was doing to estimate the right size dumpster and asked when I needed it. (This was about 7:30 am) I said as soon as you can deliver. They promised by early afternoon and it showed up about 12:20. The driver that delivered it was awesome. He talked thru the best place to put it in the driveway to be both helpful to fill it and still park my car. It was the perfect size! At first I thought it would be too big - but then the stuff just kept coming and it was about full. I called this am for pick up and they said they'd be out today. I will definitely use them again.

Great called 12 - 14 days in advance to get a quote and ask for advice on what size I needed for my project. Called back a day or 2 later to book it and and schedule the drop off. They were willing to work with me on the delivery to time it after the driveway was cleared of the dumpster my contractor was using. I said I'd call as soon as it was clear. Friday came and the other company was late picking up. Total called me to ask if I still wanted it I said yes! and that I'd keep working to get the other pulled. That happened, I called Total and within a hour I had my dumpster delivered. I completed my work and threw in a few other things and called for pick up. The driver was awesome...he saw that the dumpster wasn't full and asked if I had anything else I wanted to throw in before he pulled it. I didn't, so he started loading it up. He even swept the driveway by the back gate of the dumpster before he pulled away. If you need a dumpster, these are the folks to call.

Description of Work
drop off & pick up 10 yard (?) dumpster at my house

Went well but delivered the dumpster later than we were promised. Same day, just not in the morning as promised.

I gave you the review once and will not repeat it. Why do you keep asking for reviews when they havde already been given? once is enough!

Description of Work
Delevered a dumpster exactly where I asked to have it left. Retrieved it when I requested.

I called Total Sanitation Inc. and spoke with a delightful young lady whose name was Nicole. I told her I had never ordered a container and had no idea what the process was or how to determine what size would be best for what I needed. Nicole could not have been more helpful or polite. She suggested the light duty truck roll-off which is much easier on residential driveways. She was right. She guided me through the process and setting up the delivery day which was Friday two weeks later which just happened to be the beginning of four of the hottest days this year with the heat index at 112-115. It was scheduled to be picked up the following Friday which was the beginning of the Labor Day weekend. Nicole said I could keep it through the weekend and would be picked up on 3 September and at NO ADDITIONAL CHARGE to me. It was actually picked up on 4 September which was just fine with me. I was extremely pleased with Total Sanitation and would use them again, again and again. I would definitely recommend this company for your container needs. A big thank you to Nicole.

All Day Haul Away

All Day Haul Away is the highest rated junk removal company in the world. We offer residential and commercial junk removal. We offer full service junk removal that allows you the customer to sit back and let us do the work. Our crew members are uniformed,on time, and all around good guys. Additional email - info@alldayhaulaway.com .  …

Bonded
Insured
All statements concerning insurance, licenses, and bonds are informational only, and are self-reported. Since insurance, licenses and bonds can expire and can be cancelled, homeowners should always check such information for themselves.To find more licensing information for your state, visit our Find Licensing Requirements page.
General Information
Free Estimates
Yes
Eco-Friendly Accreditations
No
Payment Options
Check, Visa, MasterCard
Senior Discount
No
Warranties
No

Total Sanitation Services Inc is currently rated 5 overall out of 5.

No, Total Sanitation Services Inc does not offer eco-friendly accreditations.

No, Total Sanitation Services Inc does not offer a senior discount.

No, Total Sanitation Services Inc does not offer warranties.

Are there any services Total Sanitation Services Inc does not offer?